Super Smash Bros Ultimate 3.0 is on the way!

It’s finally here! Super Smash Bros Ultimate has been keeping people guessing regarding its upcoming 3.0 update, but now we finally have official word on what to expect.

Nintendo has released a showcase video to announce all of the features that will be introduced to the game on their YouTube channel, so let’s break it all down and see what we have to look forward to!

I mained a Joker, which had the whole world smashing…

To start off, we finally get to see some gameplay of Super Smash Bros Ultimate’s first DLC fighter, Joker, who was announced way back in December last year.

A great deal of work appears to have gone into making the character as faithful a representation of their series as possible. Most importantly, Joker looks like an absolute blast to use, having some great techniques and a secondary mode that would make JoJo proud; the wait here definitely seems to have been worth it.

Also worth noting is the new stage that’s accompanying Joker. It too has had a great deal of work put into it, and should lead to some very cool matches. Having the environment change based on the music is a very nice touch.

But wait, there’s more! The Mii fighters are getting some new costumes. The announced outfits are primarily from the Persona series, but we also get to see the return of the Tails and Knuckles outfits from Smash 4. Now I can pretend they actually got in like I did last time.

Keep in mind that these are paid content and won’t be automatically included with the Super Smash Bros Ultimate 3.0 update.

Next up we have the return of the Stage Builder mode. There appears to be quite a lot more freedom here in regards to what you can do, with more terrain types, programmable platforms,  and the ability to create backdrops that can add more personality to your creations. A definite step-up from the previous builder. 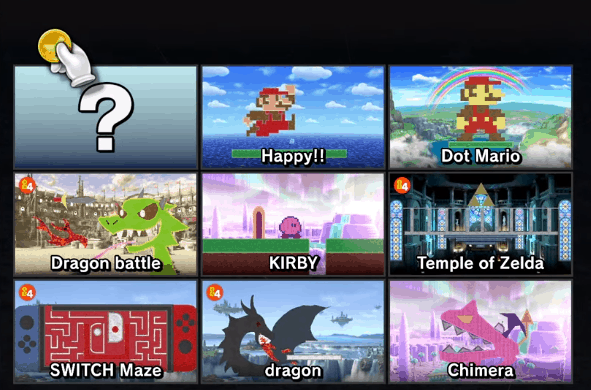 Following this we have the Video Editor! Players can now edit their replays with some snazzy transitions and a surprisingly robust timeline structure, then share their edits online in the new Shared Content mode.

Shared Content will include the aforementioned videos, as well as Mii fighters and custom stages. Similar to Super Mario Maker, users are able to up-vote the creations of others, and can also save them for later play.

Lastly we have the introduction of Smash World as part of the Nintendo Switch Online phone app. This new hub allows users to check out shared content on their phone that they may want to download later. This can easily be done thanks to the queue system,  where marking a custom stage on the app will cause your game to find and download it the next time it’s booted up.

Additionally, you can create spirit teams to use in the main game, and of course check out all in-game announcements.

The 3.0 update should arrive for us in Australia sometime tomorrow, on the 18th of April. Now to think of some stage ideas…