DC Universe Online is soaring onto the Nintendo Switch

Daybreak Games has announced that its superhero MMO DC Universe Online is heading to the Nintendo Switch. Players can create their own character, and fight alongside over 300 DC Comics characters. It will be arriving on the Switch later this year, but no specific launch date has been announced.

DC Universe Online was launched in 2011 for the PC, PlayStation 3 and Xbox 360. It has since been ported to the PlayStation  4 and Xbox One. Players can create an original character from a large selection of power types and costumes, and fight (or commit) crime in famous DC Comics locales, such as Metropolis, Gotham City and Themiscyra.

A Switch port has apparently been in the works for a while. “As soon as the Nintendo Switch released, the development team couldn’t help but wonder, what if …?” said creative director S.J. Mueller. “Long story short, we are so excited for players to take their DC experience wherever they go.”

Since DC Universe Online’s release, special events have been added reflecting characters and locations from the recent DC Comics films, as well as television shows such as Arrow and Legends of Tomorrow. One recent update added Atlantis as a new area last year ahead of the Aquaman solo film.

The game became free-to-play in late 2011, and contains microtransactions. Via premium purchases, players can unlock more character slots, special power sets and expansion content, and other additional features. Alternately, players can pay a monthly subscription fee to unlock everything. As a free-to-play title, players shouldn’t need a Nintendo Switch Online subscription to play it. 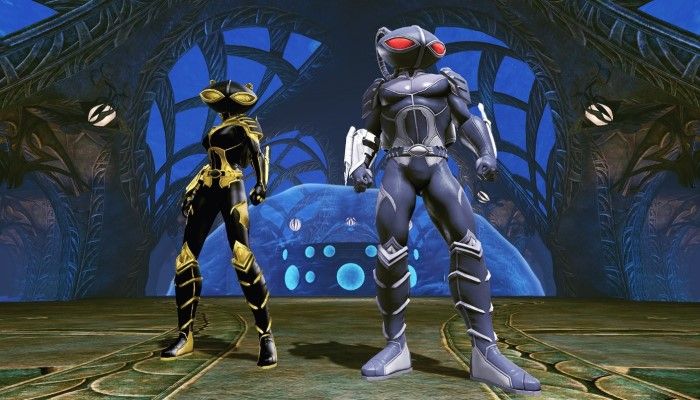 Notably, the Switch port of DC Universe Online uses its own servers, and has no cross-play support with other versions of the MMO. However, Daybreak Games have stated that they “look forward to exploring cross-play options in the future”. For now, existing DC Universe Online players won’t be able to migrate their progress on other platforms to the Switch.

In addition to DC Universe Online, Marvel Ultimate Alliance 3: The Black Order will be releasing in July as a Switch exclusive. It sounds like superhero fans with Nintendo Switch’s will have a lot to look forward to this year.