E3 2019 live streams in Australia – Where and when to watch

E3 2019 is on the horizon and that means crazy announcements, nostalgic trips down memory lane, and an almost unbearable amount of cringe (but somehow we can’t look away). There are tonnes of live stream events held by a handful of our favourite publishers and developers. We’ve gathered all the necessary information so you don’t have to scout the wide-web endlessly for the right times depending on your location.

Where can we watch?

Anyone can live stream the event from E3’s official streaming page. Alternatively,  YouTube and Twitch will have their own dedicated sections for the duration of E3 2019.

When can we watch?

Luckily,  a massive chart exists online… although we’ve simplified it even further for you! 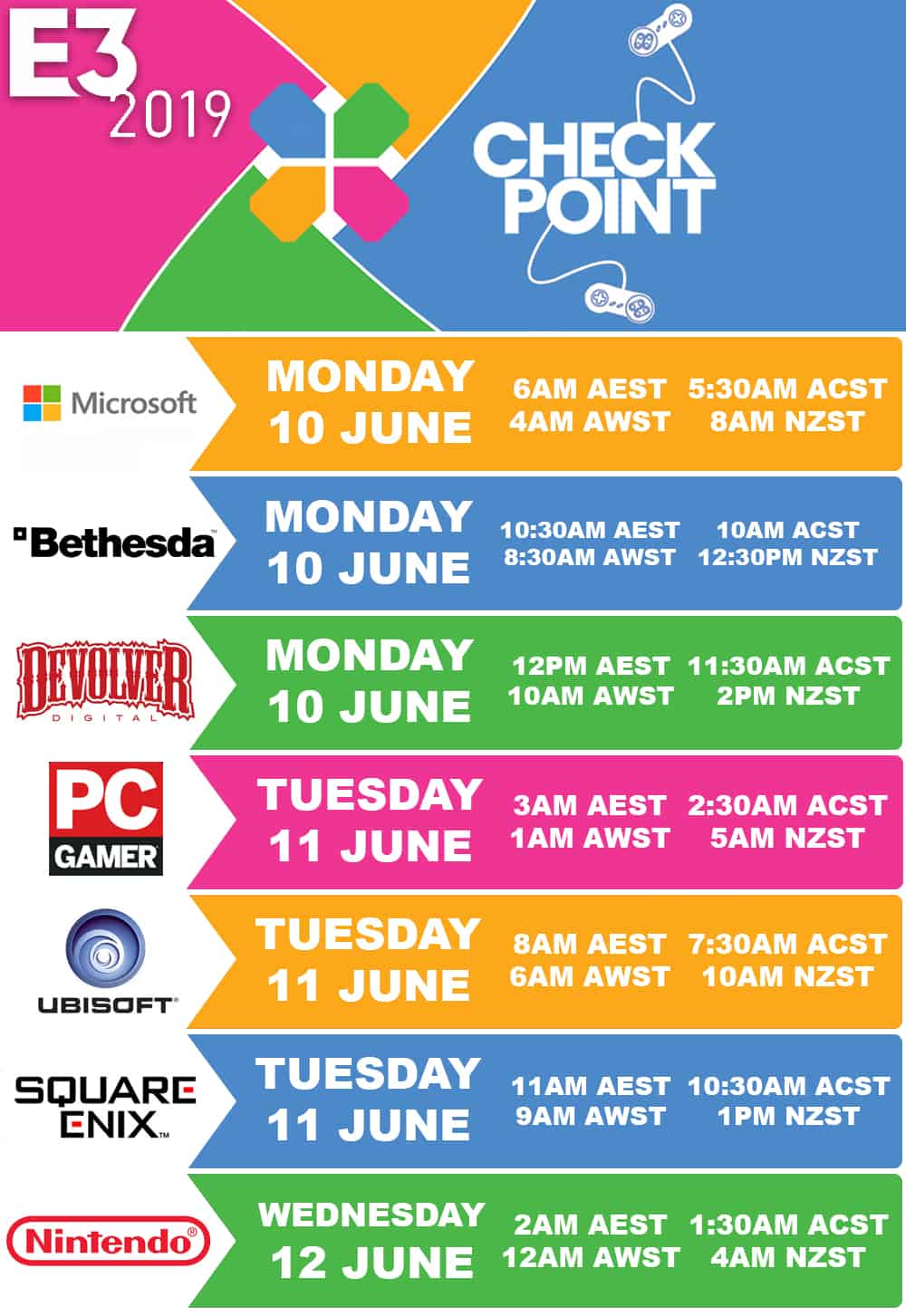 E3 2019 takes place 11 June until 13 June at the Los Angeles Convention Center, California. Electronic Entertainment Expo (E3) is the “premier event for computer and video games and related products”. Originally a media and press event, the milestone industry event now involves the public and opens the floor to thousands upon thousands of fanatics. The floor is exclusive to new technology,  upcoming game demos, and confidential game previews. However, the press conferences are the largest attraction, as the eyes of the entire globe feast upon new footage and news.

We know some of those are REALLY EARLY for us in this corner of the globe. Don’t threat, all the biggest and smallest news will be available immediately on Checkpoint. Keep watching our website and socials to stay in the know!

Will Sherlock Holmes Chapter One do the great detective justice?