A John Wick strategy game is in the works

Ever wanted to be John Wick? Well, Thomas Is Alone, Volume and Subsurface Circular creator Mike Bithell is working on John Wick Hex, a strategy game set in the John Wick universe. Telling an original story separate from the film trilogy,the game is described as “a fast-paced, action-oriented strategy game that makes you think and strike like John Wick.”

The John Wick films follow Keanu Reeves’ as the titular character. John is a master assassin who operates in a shadowy underworld where criminals have their own society, currency and rules. The upcoming game attempts to translate the tactical choreography of the films’ action scenes with its strategic approach. The developers have worked with the stunt coordinators of the films to “capture the series’ signature gun-fu style while expanding its story universe.”

John Wick Hex will make the players plan their moves ahead and keep a track of their weapons and ammo, as well as bringing the most appropriate equipment for the job. According to the developers, “ammo is finite and realistically simulated, so time your reloads and make the most of weapons you scavenge on the job.” Throughout the game, players will unlock new weapons and suits for John, as well as levels to explore. 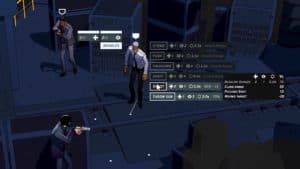 This is not the first time John Wick has spun off into video games. Payday 2 has featured John as a playable character, along with levels based on locations from the films. In addition, some recent leaks suggest that a tie-in with Fortnite is on the way as well.

Rather than go for a realistic art-style, Bithell is using a similar cel-shaded art style to his previous games, Volume and Subsurface Circular. Although not featuring Keanu Reeves as the title character, Ian McShane and Lance Reddick will be reprising their roles from the films. We don’t have a release date yet, but it will release on the PS4, Xbox One and PC. And yes, it will be an Epic Games Store exclusive, at least at launch.