Lords of the Fallen 2 has suffered a setback as Defiant Studios, one of the two studios working on it, has left the project. This comes after rumours that its co-developer, CI Games, has been dissatisfied with the quality of Defiant’s work.

The original Lords of the Fallen was released in 2014 to somewhat mixed reviews. Whilst its original developer Deck13 Games went on to create a more polished Soulsborne game in The Surge, Polish developer CI Games has been working on Lords of the Fallen 2. They later partnered with New York-based studio Defiant Studios in order to give the sequel a “fresh start”. Defiant Studios was supposed to start the sequel’s development from scratch, but they have now left the project because CI Games hasn’t been happy with the quality of the game. 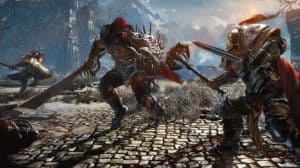 According to a press release translated by Eurogamer,, the partnership agreement was terminated because “the quality of the work was lower than expected by the company, as precisely described in the agreement, despite three calls to improve the quality of this stage of work“. CI Games was apparently unhappy with the quality of a “so-called vertical slice” that Defiant had created. CI Games will be finishing Lords of the Fallen 2’s development in-house.

Defiant Studios has fired back at CI Games’ assertions and defended the quality of its work. According to Defiant’s managing director David Grijns, “the team that was working on CI Games’ project was comprised of exceedingly talented developers whose work we fully stand behind. Our team knows how to build quality games as is evident by their key roles in Just Cause 3, Call of Duty: Advanced Warfare, Far Cry 5, Devil May Cry (DmC) and many other top tier projects.” However, they have stated they will abide by their contractual obligations, and allow CI Games to continue the game’s development. 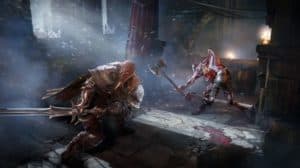 It is unclear what this means for Lords of the Fallen 2’s development schedule, but it currently has no release date.The original game had room for improvement, but hopefully a sequel could improve on its ideas. Hopefully the finished product won’t show the evidence of a troubled production.