You can’t keep a good knight down! The legendary hero Sir Daniel Fortesque has arisen once again to save us all from the evil Zarok, and he looks lovelier than ever. Allow me to regale you with the news of his impending arrival, as we all hide from the monstrous hordes waiting outside. Don’t keep us waiting for too much longer, o hero of MediEvil!

Let us begin with today’s proclamation of his return, the saviour of Gallowmere

MediEvil, a land of horror, magic, and fun!

Sir Daniel’s first foray into the gaming world was back on the original PlayStation in 1998. The title featured hack and slash gameplay with a healthy dose of exploration, and even some Metroidvania elements, as players would be required to find various new equipment in order to unlock new paths and see all that the world of MediEvil had to offer.

This first outing proved popular enough to be followed by a sequel in 2000, which took place 500 years after the original in the Victorian Era. This title expanded greatly on the original by improving many of its features, accompanied by some endearing new characters and the chance to showcase some weaponry that the first game couldn’t include due to the time period. 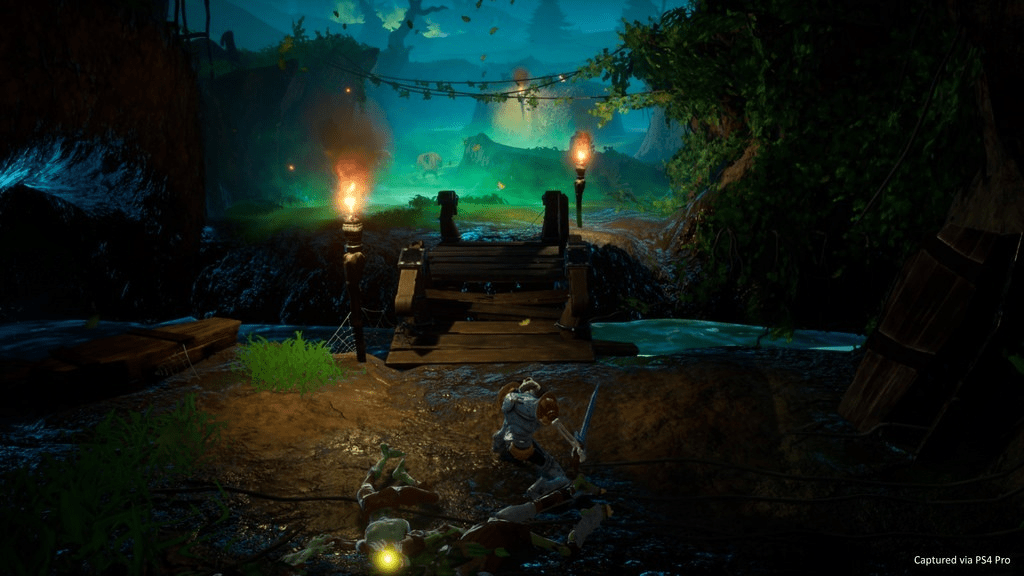 A rickety bridge is no match for Sir Daniel!

Following this, the series laid dormant until the arrival of the PSP, which received an enhanced remake of the first MediEvil, now subtitled Resurrection. It received mixed reviews compared to its predecessors, having brought in some visual improvements but also cutting some material from the original. From there, Sir Daniel lay dormant for another seven years, only to then be awoken in order to participate in PlayStation All-Stars Battle Royale. The game was by no means bad, but it was a far cry from the days when our hero could have a game to call his own.

Rise from your grave!

That brings us to Sony’s recent State of Play, in which we were treated to some gorgeous new footage for MediEvil’s PS4 remake. The game is set to recreate all of the atmosphere and adventure of the original, now with modernised graphics that really let its personality shine through. In addition, it’s been confirmed on the official PlayStation blog that this will not be a simple straight port, and will in fact feature some brand new secrets to discover; impressive! 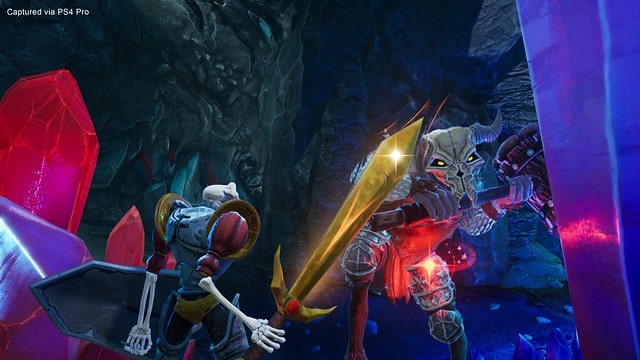 The MediEvil remake is set to emerge on the 25th of October exclusively for PlayStation 4, just in time for All Hallow’s Eve. In addition to the standard release, there will also be a Digital Deluxe Edition, which includes the game, an artbook, OST, PS4 theme, a comic book, and some snazzy “Super Armour” for Sir Daniel to don! It really brings out his eye.

How can thee hate from outside of the graveyard?”

And now, I must away to my bed, lest the fearsome creatures hear me. Come quick, Sir Daniel, for they grow ever bolder with each passing day!