Mordhau is a joyous cacophony of medieval lunacy

Having released only a month ago, Mordhau has quickly found a lot of success with a large and dedicated playerbase on Steam. In fact it managed to sell an impressive 500,000 copies in just its first week of release. It’s no surprise either, because the game is brimming with ludicrous and chaotic fun. It’s a game that thrusts players into a medieval war with heavily-armoured knights taking to the front line, engineers setting up barricades and traps to catch the enemy, and archers taking pot-shots from afar. It’s all played from a first-person perspective and was designed by a talented group of gamers who wanted to recreate the joy found in games like Chivalry, Mount & Blade and War of the Roses.

After spending a good amount of time with Mordhau, I can absolutely see the appeal. At its core, the game is completely skill-based, with a lot of depth available to its melee combat system. Swords will clash on the battlefield over and over again, and it takes a lot of talent and practice to walk away unscathed. Battling is primarily a mix of directional attacks, well-timed blocks, ripostes, and feints. The system works so well that players have taken to “duel” servers where they can hone their skills in strictly 1v1 battle situations. In these battles, you can really see how Mordhau can be described as a fighting game. Two worthy opponents duke it out and being victorious will require good timing, good positioning, well executed attacks, and appropriately responding to your foe’s behaviour.

1v1 duels may be exciting on their own, but taking to a 64 player battlefield is another game entirely. ‘Frontline’ is one of Mordhau’s main game modes and will see two teams attempting to push the other team back so as to capture points and eliminate enemy threats. Catapults will rain projectiles down from the sky, mounted horses will ride through enemy lines, additional objectives will be littered around the map, and idiots with lutes will lay down bear traps before sprinting off into the distance whilst playing a jaunty tune.  Oh yea, the game is also just completely stupid at times – and that’s fine too. 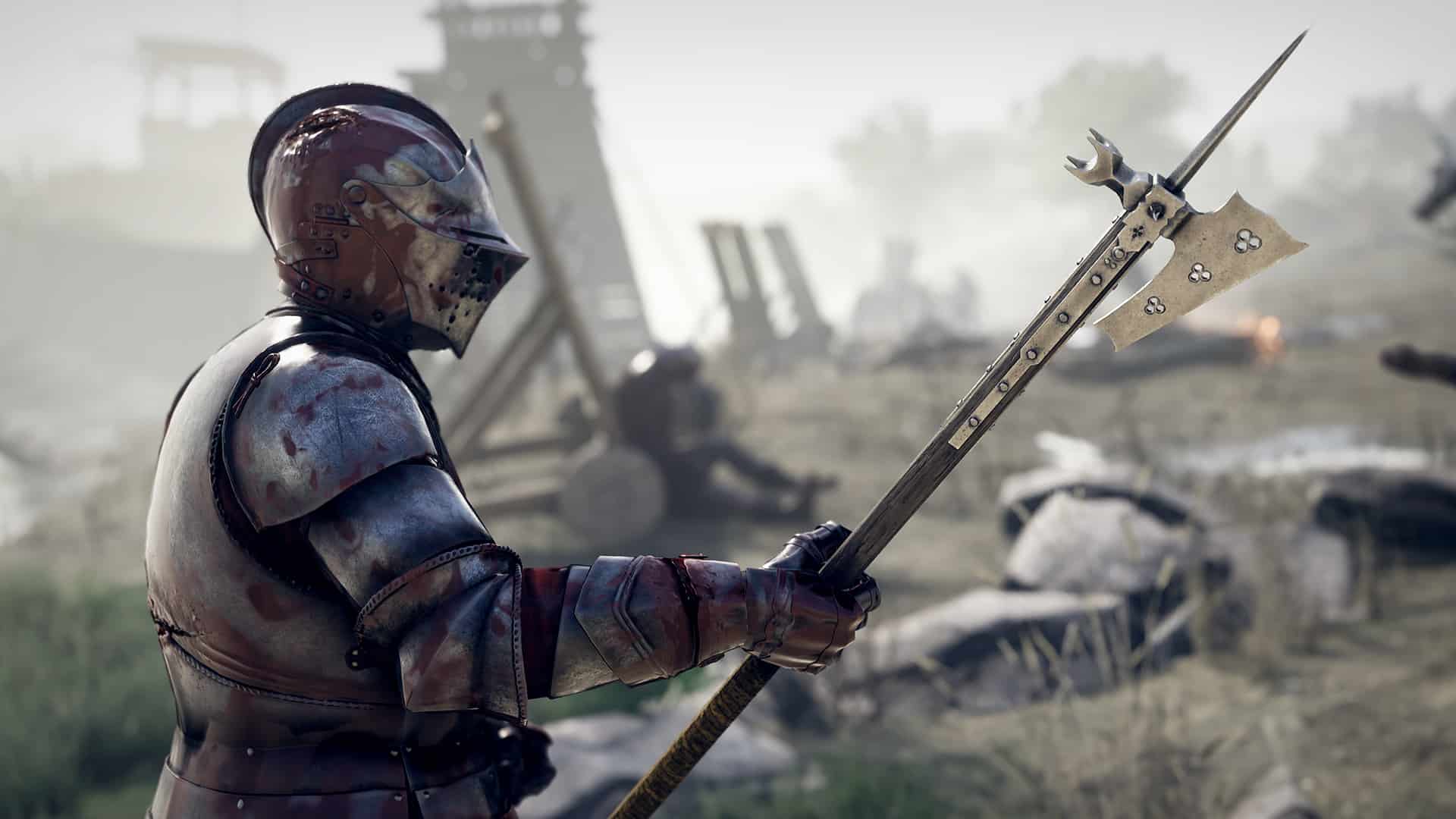 Some of the biggest pleasures in Mordhau comes from joining up with friends and laughing at the crazy shenanigans that happen before your eyes. The game gives you all of the tools you need to either play completely seriously and competitively, or play entirely casually and jovially. It manages to walk the line whilst not ruining the experience for either group.

Mordhau is extremely customisable, with a variety of weaponry, armour (both cosmetic and non-cosmetic), and talents you can acquire. With so many different options, each player on the battlefield will be different from one another and you can really find a load-out that works for you. Naturally some load-outs appear more powerful than others, but slight balance tweaks will hopefully arrive to help smooth out those bumps. Whilst we’re on the subject of customisation, I really hope the option for a female fighter gets added to the game too. 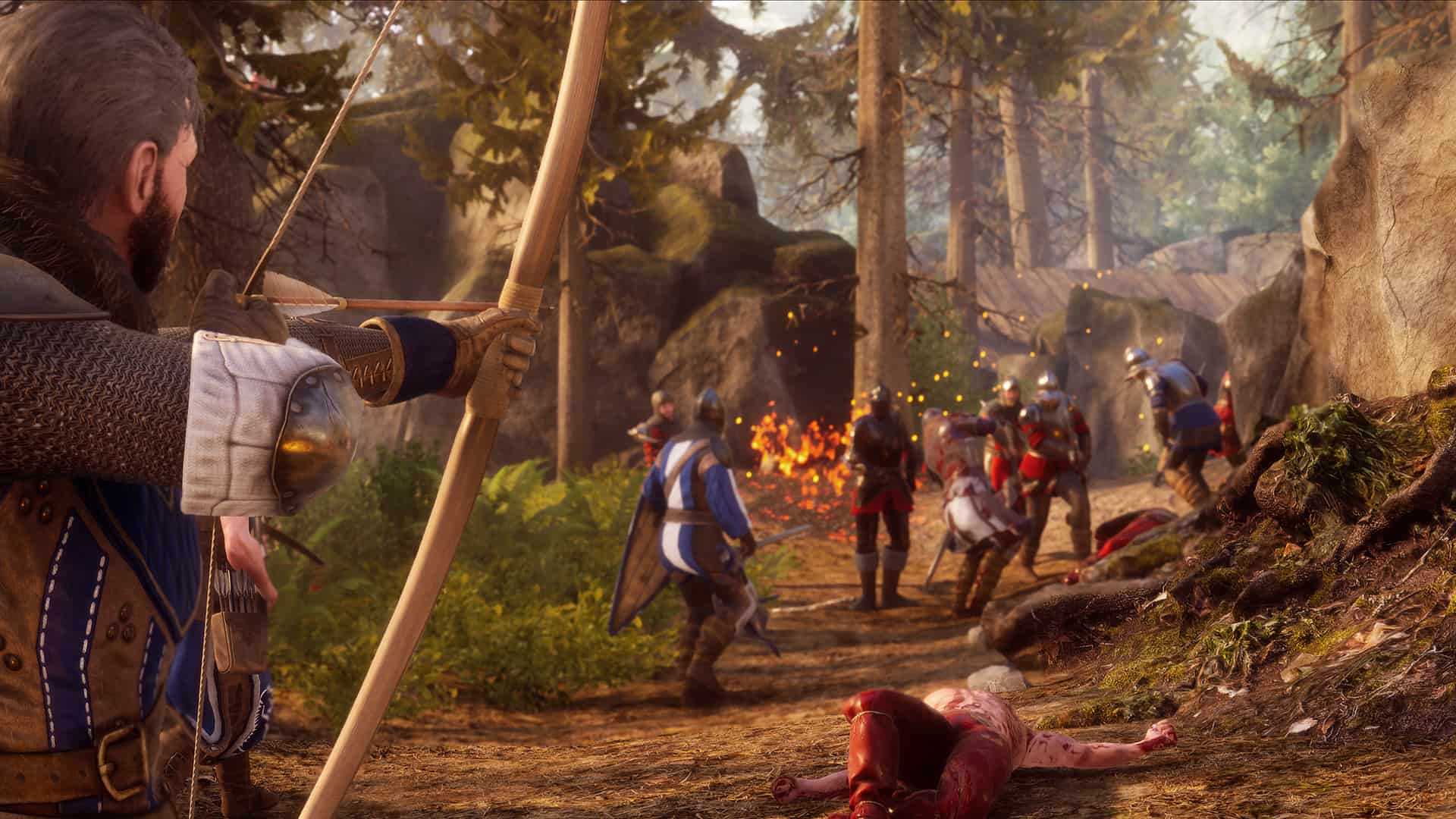 Mordhau is a fascinating experience. I couldn’t have predicted a game like this would be the huge success that it is. As an Australian, there is no issue in finding a full server of local players in the game mode of my choice. It’s great to see a game like this, a game that is designed around pure joy and lunacy, absolutely thrive. Will I see you on the battlefield?