The popular CRPG Pathfinder: Kingmaker is getting an upgrade next month. The Enhanced Edition update will add new classes, abilities, items and weapons, and some other various quality of life improvements. Pathfinder: Kingmaker’s final paid DLC, Beneath the Stolen Lands, will also release alongside the update. Those who own the regular version of the game already will receive the Enhanced Edition upgrade for free.

Pathfinder: Kingmaker was released in September 2018, developed by Owlcat Games and funded by a successful Kickstarter campaign. Based on the popular Pathfinder tabletop game, it migrated that format to an epic real-time-with-pause RPG, where you build your own kingdom and defend it from threats. It has since been supported with both free and premium downloadable content. 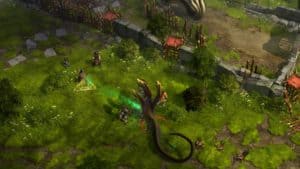 The biggest addition with the Enhanced Edition will be the new Slayer class, as well as the Swordlord prestige class. There are also additional ways to build your character. One notable change is rebalancing Pathfinder: Kingmaker’s notoriously high difficulty level, especially in the beginning and the last two chapters. In addition, there are several user interface tweaks, such as being able to toggle helmet visibility and notifications that tell you when you’re learning a skill that another party member knows when levelling up. An especially helpful addition is one that warns you when a timed quest is coming close to ending.

Releasing alongside the Enhanced Addition will be the Beneath the Stolen Lands DLC. This expansion adds a massive new dungeon, which can be accessed from the main menu, or during the main campaign. As part of the main campaign, it is a pre-set dungeon that you can tackle as your protagonist. However, when accessed from the main menu, it functions as a rogue-like game with a random layout. And even if your party fails, items you find can benefit you in future playthroughs. 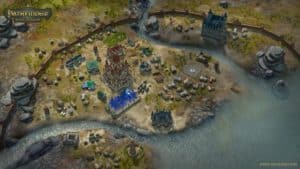 It sounds like there hasn’t been a better time to jump into Pathfinder: Kingmaker. Owners of the normal version of the game will receive the upgrade for free on June 6th. Whether you are new to the franchise, or just looking for a reason to play it again, the Enhanced Edition will be the best way to play the game.