ProJared has been accused of sexually soliciting fans

Jared Knabenbauer, a gaming YouTuber  who goes by ProJared, has been accused this past week of both sending and soliciting nudes off fans. Knabenbauer’s wife, Heidi O’Ferrall, a prevalent artist and cosplayer, first posted these claims on Twitter while also accusing him of infidelity and cheating on her.

ProJared has been significantly present in the gaming world of YouTube for a while. He had over a million fans prior to these events. His claim to fame was his Let’s Plays and “One Minute Review” game series.  This launched Knabenbauer into the opportunity for various collaborations, including some videos with Game Grumps, which now have incidentally been pulled from the internet. 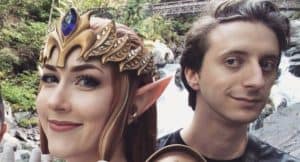 Prior to this, Jared took to Twitter with a statement to announce his divorce and separation with Heidi, which soon followed with Heidi publishing a series of tweets accusing him of this infidelity and soliciting of fans. After that, at least seven fans came forward with confirmation that they had either sent to or received nude images from Knabenbauer. Two of these fans also say they were sixteen at the time this exchange took place.

ProJared has already been open about some of the lewd images he receives from fans however. In Heidi’s tweet thread she detailed how her husband had been “soliciting nude photos off his fans for years..” Heidi even states how she was there at the beginning, as it was partaken on Tumblr in what was a joke. “It was ostensibly a body-positive space for consenting adults, and I approved on that basis,” her tweets read.

It’s also true that he has been soliciting nudes from his fans for years. I was there. In the beginning, it was a joke on tumblr. Then it was its own tumblr account just for nudes. It was ostensibly a body-positive space for consenting adults, and I approved on that basis.

This escalated when Jared was doing this in private and secret from Heidi through means of Snapchat. Heidi found this out through a fan comment and said she felt pressured to allow it despite being uncomfortable.

Chai, another fan took to Twitter to also share. He detailed exchanges between himself, who was sixteen at the time, and Jared. “We spoke sexually,” He tweets, “He sent me pictures of him in cosplay with his dick very visible. He told me details about his sexual life and fantasies. Eventually, he sent me a dick pick. . . We didn’t speak every day, but most. I sent him many actual, real nudes.” 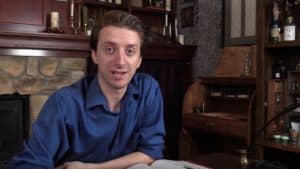 Knabenbauer has yet to respond to these allegations of soliciting, especially those of underage fans. In his original statement announcing the divorce, he vaguely references the rumors of infidelity, stating:

“I know this may come as surprising and upsetting for many of you, but know that we do this so that we may both seek happiness for ourselves. During this time you may see a lot of rumours, speculation and gossip going around. I ask that you make your own observations and come to your own conclusions.”

These accusations shed light on power difference between celebrity and fan. In the age of #MeToo however, this unfortunately isn’t new to either the games industry or Hollywood itself. “If the truth about someone’s conduct can ruin their career, the problem is their conduct, not the truth,” Heidi O’Ferrall states in a recent tweet.