One of the best aspects of PC digital storefronts is the sales, so the fledgling Epic Games storefront has begun their own Epic Mega Sale.

During this time, every game priced over $14.99 is $10 off, and some games can be up to 75% cheaper. However, there has been some controversy, with some major games vanishing off the storefront in time for the sale. These include major upcoming releases such as Borderlands 3 and Vampire: The Masquerade – Bloodlines 2. 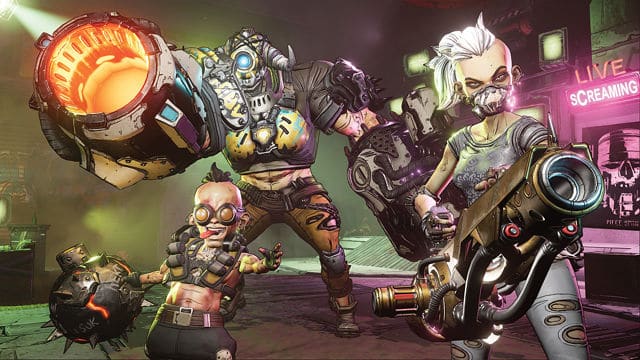 During the first few hours of the sale, all games were subject to the discount, including pre-order titles. As such, some gamers who purchased those titles at a discount were puzzled at their sudden disappearance. In an email to Kotaku, Epic explained why Vampire: The Masquerade – Bloodlines 2 has been taken off the store . “If a developer or publisher chooses to not participate in our sales, we will honor that decision. Paradox Interactive has chosen to not participate in the Epic Mega Sale and the game has been temporarily removed from sale. If you’ve purchased Vampire: The Masquerade – Bloodlines 2 during the period when the discount did apply at the time of check out, Epic will honour that price.”

2K Games, publisher of Borderlands 3, has given a similar explanation to Eurogamer, stating that it was taken off shelves during the sale, but will be back soon. Anyone who bought the game when it was $10 cheaper will have that price honoured.

Overall, the Epic Games store’s first Mega Sale has had a bumpy start. It was certainly ambitious applying the sale price to everything on the store. However, it might have made sense for Epic to coordinate with the publishers before the beginning of the sale period, so they are not hurriedly removing their games from the store without explanation.

The obvious fix to the situation would be to prevent the sale price applying to pre-order titles. Publishers don’t want their games devalued before they even release. As such, it was unlikely 2K or Paradox Interactive were going to take a $10 price cut for pre-orders, even with the increased revenue share that publishers receive with Epic compared to Steam. Keeping upcoming games from being on sale will allow for deeper discounts later on after release.

Overall, it seems that the Epic Games store still has some teething problems to get through. It is likely it will learn from this experience for its next sale. Currently, the Epic Games Mega Sale will be live until June 13 2019.