Eight months after a Kotaku investigation into the working conditions at League of Legends developer Riot Games,  workers at its Los Angeles studio are staging a walkout in protest of their working conditions.

The report found evidence of a widespread culture of sexism within the company. Around 100 workers are participating in the walkout, which will make it the first significant worker strike in a major game development studio.

In its investigation last year, Kotaku interviewed many sources within the company who alleged sexist hiring and promotional practises. Female employees reported a culture of sexual harassment and being ignored or belittled because of their gender. A source described Riot Games as like “working at a giant fraternity”,  and another recalled an occasion where her idea was ignored by management until she asked a male co-worker to present the exact same idea in the same way.

About 80% of Riot employees are male, and in strongly male-dominated industries, women can have less avenues for career progression, even when companies describe themselves as meritocracies. 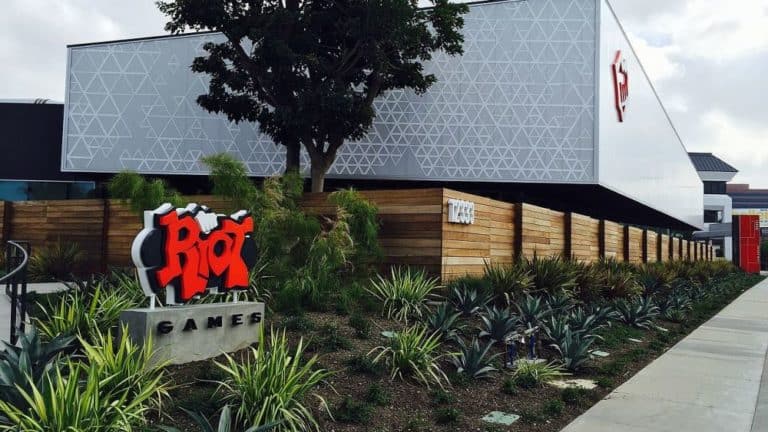 Since the expose, five current and former employees have filed lawsuits towards Riot Games alleging gender discrimination. However, Riot Games is forcing two of those lawsuits into private arbitration, without a judge or jury, due to a clause in their contract which prevents them from taking legal action against the company. Whilst preventing employees from suing their employer isn’t technically illegal in the US, it has been criticised as a way of preventing employees from holding their employers to account. Notably, big tech companies like Google, Facebook and Uber have recently removed forced arbitration clauses in regards to harassment cases.

The AAA game development industry is infamously averse to workers unions and other forms of regulation. Employees developing games such as Red Dead Redemption 2 and Mortal Kombat 11 were regularly put under “crunch” periods, working up to 100 hours per week, often without adequate pay. Workers who don’t adhere to these working conditions are passed up for promotions, or simply replaced by new hires desperate to enter the industry.

The tech industry in the US is particularly averse to worker unions and collective action,  with many companies convincing workers that they need to be “agile, competitive and flexible” in order to thrive.  The Riot Games walkout presents the first major large-scale strike at a AAA game development studio. If it is successful, it could set a precedent for future worker action against brutal and discriminatory working conditions.

Riot employees in Dublin will be staging their own walkout in solidarity. Riot has promised it will not retaliate against the workers staging the strike, but the workers state that the worst case scenario isn’t being fired; it’s not having their voices heard. “The worst-case scenario is that leadership does not budge from their current position and continues to maintain that there will be a ‘future commitment’ about current Rioters,”an organiser of the walkout has stated.