Is there any saving grace for that Sonic movie trailer that horrified fans?

Well, it’s here. The live-action film many Sonic fans have been dreading for a while now has finally debuted its first trailer, and to say that people are divided on it would be quite the understatement. Very few fans were 100% on-board when the first details of the film were beginning to appear online, and now we may have the electrically charged blue quill that could break the camel’s back. Have a look at our first taste of the Sonic movie below:

Is the Sonic movie really that bad? Maybe.

So, what are the positives here? At the very least, Sonic does appear to retain both his snarky attitude and his penchant for speed (velocity, not what the executives were on). On top of that, the scientist who will become Eggman also shares the theatrical flair and ego required, seeing pretty much everyone around him as several leagues below his own importance. Couple that with some pretty impressive-looking machines designed to capture the blue blur, and there’s certainly potential for this ‘Carrobotnik’ to be a compelling villain. And then of course this shows up at the very end: 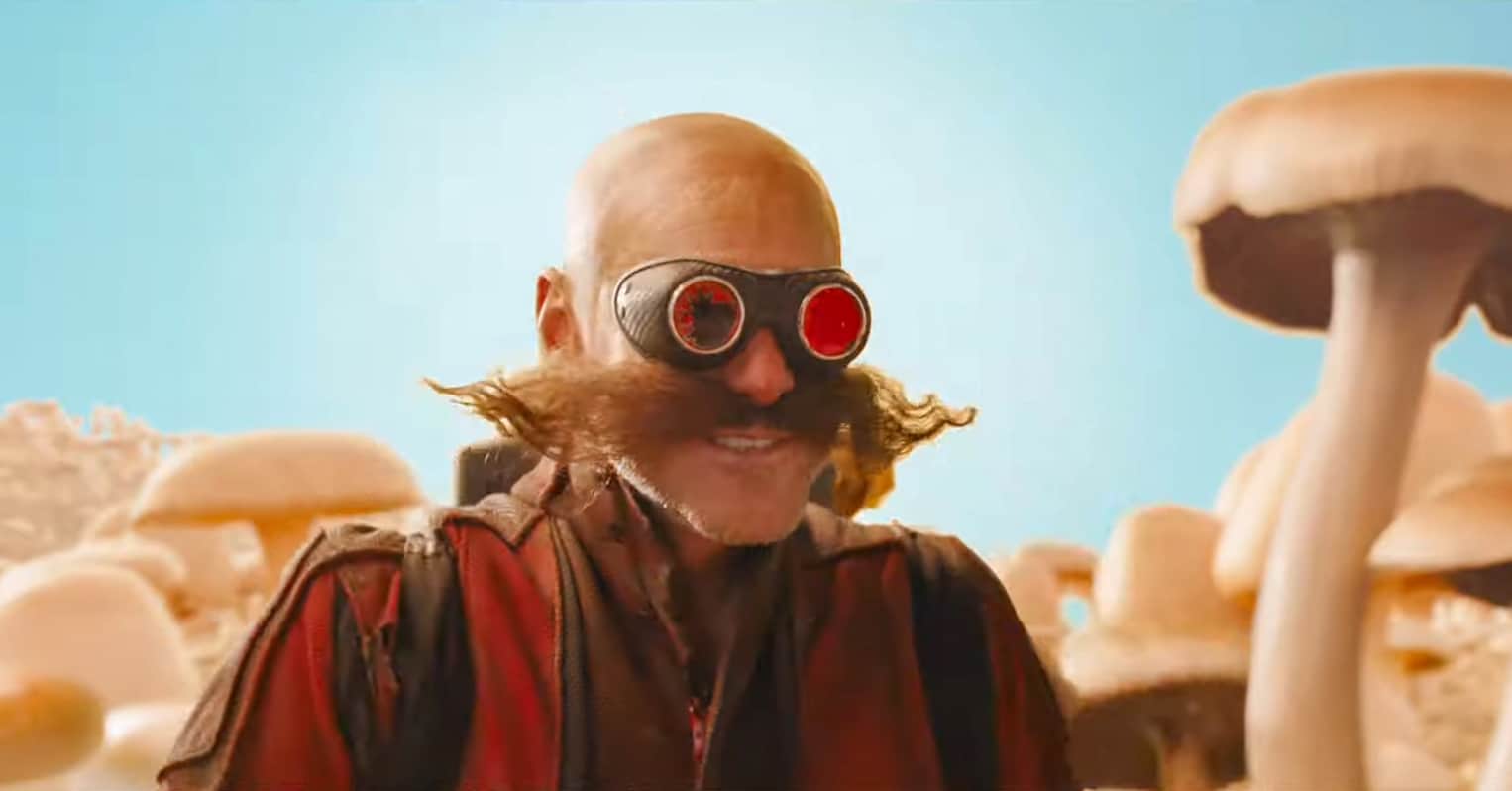 This seems to leave the impression that this film may be intended as more of an introductory story, with any follow-ups hopefully adhering more to the world of the games. Then again, the makers may be counting their rings before they’re grabbed, since a sequel with a proper-looking Eggman and the inclusion of Sonic’s friends would only get made if the first Sonic movie doesn’t flop; the Sonic fandom does put up with a lot, but they aren’t the only people who need to be convinced here.

As I run through the valley of the Shadow the Hedgehog…

Unfortunately, as optimistic an outlook as one can have on the Sonic movie, we also have to acknowledge some very obvious flaws. For starters, there has been A LOT of criticism regarding Sonic’s design in the film. Many have described his look here as extremely off-putting, especially with regards to his overly-human looking teeth, which cause the hedgehog to approach the uncanny valley. Inevitably, questions have arisen as to why the redesign was deemed necessary in the first place, as Sonic has indeed appeared alongside real people on television before whilst using his original appearance. A quick google brings up a surprising amount of attempts to “fix” the Sonic movie design, with photoshoppers intending to create a look that fans can actually get behind.

In fact criticism of Sonic’s new look got so loud that the director of the film, Jeff Fowler, put out a tweet addressing the problems and committing to changing the look! Now there’s something we didn’t expect.

Thank you for the support. And the criticism. The message is loud and clear… you aren’t happy with the design & you want changes. It’s going to happen. Everyone at Paramount & Sega are fully committed to making this character the BEST he can be… #sonicmovie #gottafixfast 🔧✌️

In addition, the trailer itself has received a lot of accusations of simply not being very good. Some accuse the film’s jokes of being just plain unfunny, while others have mocked the decision to set the trailer to Coolio’s Gangsta’s Paradise. The common concession seems to be that the film is extremely misguided, and will inevitably join the ever-growing list of bad video-game films. If the like to dislike ratio for the trailer’s original reveal is any indication, first-impressions are certainly not in it’s favour.

So, with all this said, will the movie still be worth checking out? As a life-long fan of the character, I’ll certainly be giving it a chance, and I imagine that many other fans will end up taking a look at it despite themselves. As for the general public, this will either end up endearing more people to the franchise, or end up causing most people to think of Sonic as that “weird movie with the blue alien thingy.” It’s quite the gamble, and as optimistic as I try to be, I don’t like the odds here.

At least Princess Elise isn’t in it I guess…