Final Fantasy XIV: Shadowbringers is the upcoming expansion for Final Fantasy XIV Online, which was announced a while ago. We saw a lot about it then, but at this year’s E3 conference, Square Enix gave us a closer look at some of the details.

The new mecahnics and gameplay changes in Shadowbringers were already well covered in a Live Letter stream last month. Bringing new classes, Gunbreaker and Dancer, and two new frustratingly gender locked races, the female Viera and male Hrothgar, there is plenty of new content to enjoy. This trailer however focuses more on the story and characters, fleshing out a little more about your quest as the Warrior of Darkness. 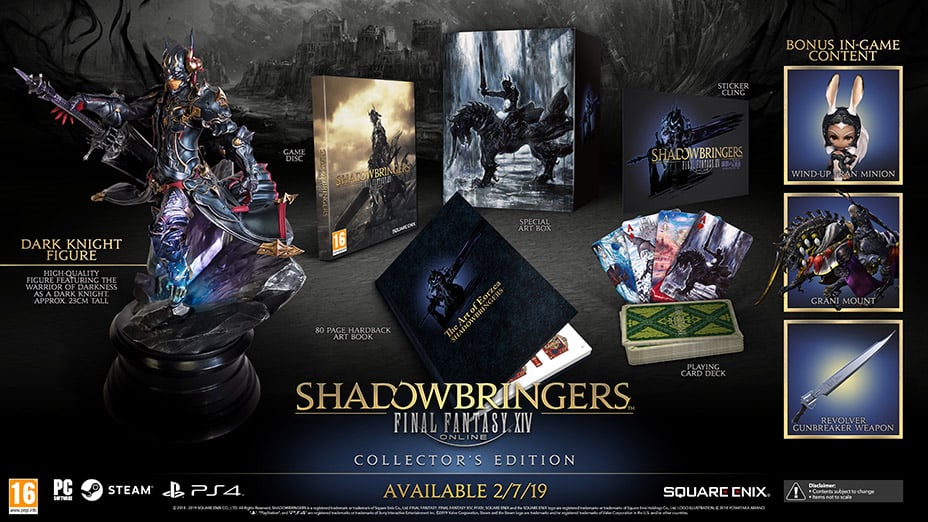 Two versions are available to prepurchase: a standard edition and the collector’s edition. The collector’s edition will include a high-quality Dark Knight figure, hardcover page art book, a playing card deck, a sticker, plus some in-game content. We’re sure the dedicated fan base can’t wait to get into it as it’s been over two years since the last expansion.

Shadowbringers will be available for PC and PS4, and will launch on July 2nd 2019. If you pre-ordered this expantion however, you’ll get it a little earlier on June 28th.