Ready? Set? GO! Mario and Sonic at the 2020 Olympic Games is coming exclusively to the Nintendo Switch later this year, and is shaping up to be a return to form for the previously-dormant crossover series. Get ready to Naruto-run for the glory in Tokyo!

Here’s the trailer that was shown during Nintendo’s E3 Direct:

Judging (get it?) from the trailer, there’s going to be a plethora of new events to take part in, including surfing, rock-climbing and Judo. Time to chop Dr. Eggman in the neck for all the scheming, assuming that’s within regulations. The game appears to be progressing nicely based on our first look at it back in April. 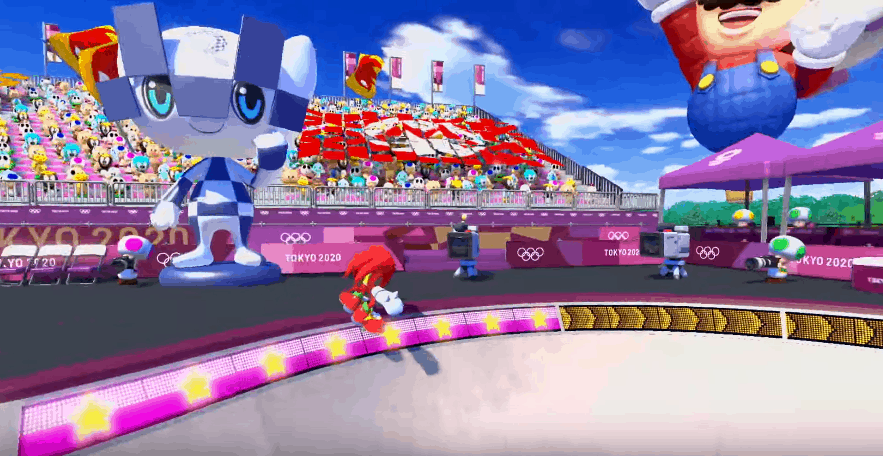 The game will also feature online play, which should hopefully make for some fun times across the internet. After all, competing with people from foreign lands is what the Olympics is all about! Plus if you win at home, no-one can see your victory dab.

Mario and Sonic at the 2020 Olympic Games will be coming this November, 8 months ahead of the actual Olympics. For more info, be sure to check the official Sonic YouTube page, who were nice enough to post the above trailer nice and early for us!

Now to get in some stretching before the game releases; you don’t want to get Joy-con elbow on the world stage!