Minit is being ported to the Commodore 64

Over a year after its release, Minit is receiving a surprising new port to the Commodore 64. C64 specialist Thalamus Digital has received publisher Devolver Digital’s approval to port the game to the old hardware. The team plans on having the port finished by the end of 2019, and has produced an impressive proof-of-concept demo.

Minit is a retro-style puzzle game, played in 60 second chunks. Every minute, you die, and revive at the nearest bed. It is a game about incremental progress, memorisation, and speed. Despite Minit’s minimalist monochrome presentation, squeezing it onto the C64’s 64kb of RAM was no easy task.

“Even though the original game seems quite simplistic, this apparent simplicity is extremely deceptive,” says developer Andy Roberts. “Our biggest single technical challenge was how to organise the colossal amount of graphics data: the game uses hundreds of unique 2×2 tiles, and there simply aren’t enough characters in a standard C64 character set to display some of the screens in the game. In the end we chose to use hi-res bitmaps, which also allows us to easily plot software sprites and thus increase the number of on-screen enemies, etc.”

The biggest challenges involve the minor, incidental animations in the background. Small animated aspects like flowing rivers and clothing on the washing line all take up a surprising amount of data, despite the simple designs. However, Roberts intends to adapt them faithfully in the Commodore 64 port. “The original developers worked hard to make sure that the game was filled with loads of unique details to bring the world to life, so it’s important to replicate those little touches to ensure that the game retains its unique charm.” 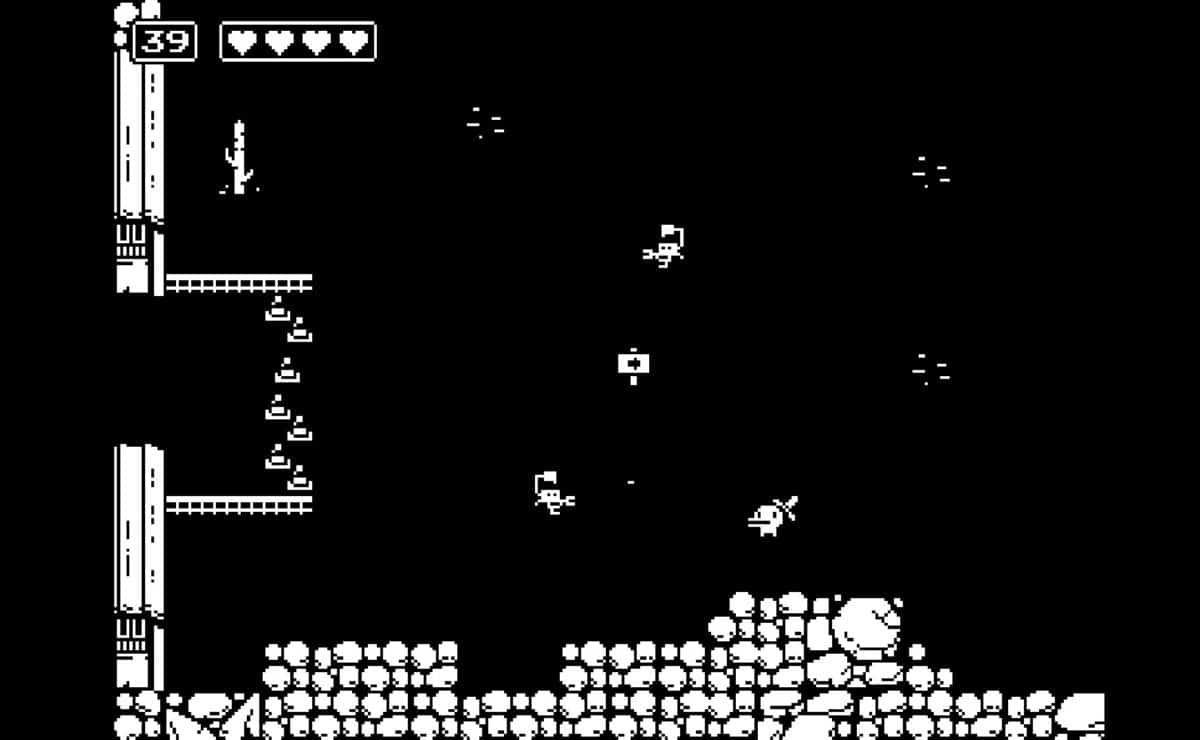 Even things like aspect ratio need to be considered. Minit has a constantly ticking timer in the top left corner of the screen, counting down to your demise. However, Minit wasn’t designed for the Commodore 64’s smaller screen, “so the utmost care had to be taken to make sure that the screens still flow in the same way without affecting the gameplay (especially given the time is a crucial factor in navigating the environment).”

Sure, not many people are playing games on the Commodore 64 anymore. However, the technical challenge of downgrading a game designed for far more powerful machines onto a device built in the 1980s is certainly remarkable. For those hobbyists still using the Commodore 64, Minit will be available in cartridge form by the end of the year.