Back in March, Google revealed their new gaming platform by the name of Stadia. The platform is aiming to be part of a new generation of games played entirely via online servers and streamed directly to your phone, PC or TV. Now, extra details for the Stadia have been revealed including the ever-so-important release date, price point, and the games that will launch with the platform.

Stadia will launch in November although only in certain countries. Unfortunately Australia will not be apart of the platform’s launch. It is instead arriving first to USA, UK, Ireland, Canada, Sweden, Spain, Netherlands, Norway, Italy, Belgium, France, Denmark, Germany and Finland. We don’t yet know when Stadia will become available in more areas.

So…
You missed the first #StadiaConnect.

No worries – we’ve got you covered with our three minute recap right here. pic.twitter.com/iw3NVJ6QV0

As for pricing, the base subscription goes by the name of Stadia Pro and will be US $9.99 per month (AU $14.30). This will give you access to 4K/60p HDR streaming quality at 35Mb/sec with 5.1 surround sound and free games added to your Stadia library as well as discounts on other purchases. There’s also a free version of Stadia that simply allows you to purchase games onto the platform in a more traditional transaction and will give you access to 1080/60p streaming at 10Mb/sec. The Stadia Founder’s Edition is also up for grabs and will set you back US $129.99. The Founder’s Edition gives you first access to the service, first dibs on a username, a limited-edition controller, a Chromecast Ultra streaming device, three months of Stadia Pro for you and a friend, and Destiny 2.

At launch the Stadia will be operational on laptops, desktops, tablets, Chromecast Ultra TV streaming sticks, and Google Pixel 3 phones. More platforms will become available after launch including phones by other manufacturers. As for the games, the library of Google’s Stadia will include titles such as Assassin’s Creed Odyssey, Destiny 2, DOOM (2016), Metro Exodus, Mortal Kombat 11, RAGE 2, The Elder Scrolls Online, Shadow of the Tomb Raider and The Division 2. There are also some upcoming releases that will arrive to the Stadia when they release such as Buldur’s Gate 3, Borderlands 3, Darksiders Genesis, DOOM Eternal, Ghost Recon Breakpoint and Wolfenstein: Youngblood. 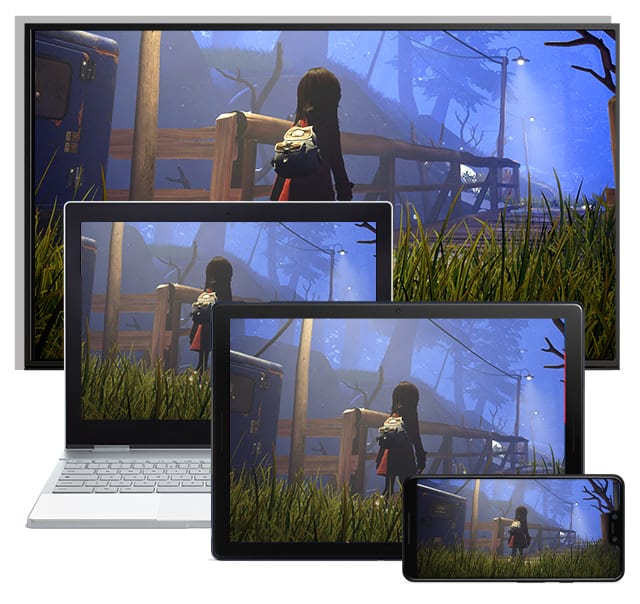 For more information on the Stadia you can head to the official website. Do you believe the future of gaming is streaming?