Flawless. Victory. Shao Kahn’s former right-hand man and master impressionist Shang Tsung has returned to the world of Mortal Kombat 11, and is packing some serious power that he uh, “borrowed.”

The soul-stealing villain was previously announced as the first character in the game’s Kombat Pack, but it’s only now that we’ve gotten a chance to see how he plays. Let’s take a look:

The trailer reveals a pretty interesting mechanic for Shang Tsung, in that, similarly to Triborg, he can call upon the powers of other (non-playable) characters as part of his moveset, as well as temporarily create a mirror match with the opponent. While this does mean that Ermac, Reptile, Rain and Smoke are pretty much removed as possible future DLC fighters, it’s certainly an interesting way to include them. At least they went out fighting, right? 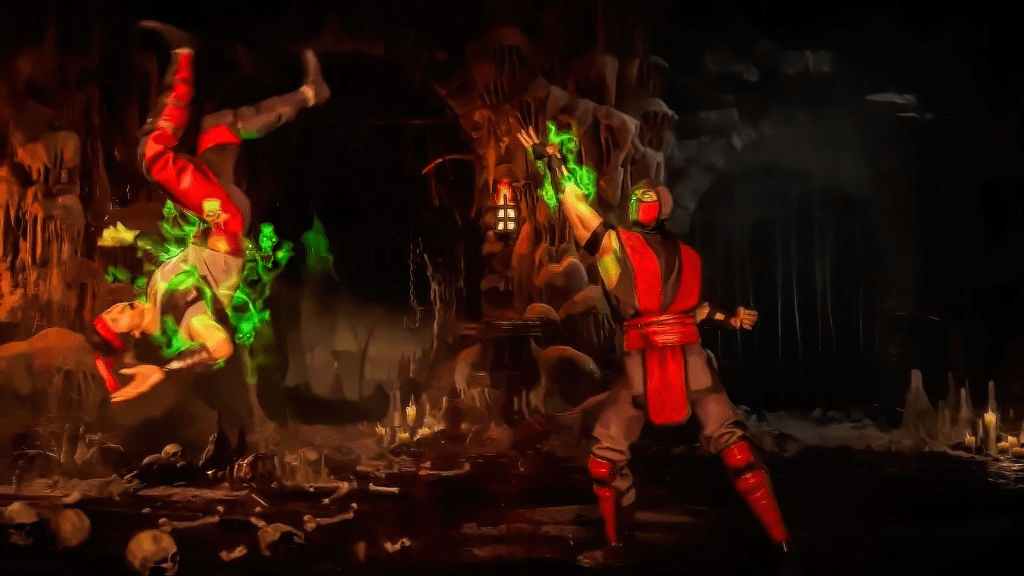 Ermac would be a terrible package handler

They’re back again, and about time too!

Alongside the Shang Tsung reveal, we now have an idea of who else to expect. Firstly, we have the return of series veterans Sindel and Nightwolf. On top of that, we have confirmation of three different guest characters, one of which has been revealed: Spawn, the titular character of the comic series by Todd MacFarlane.

The last two guests haven’t been officially revealed, but the sound of a chainsaw revving at the end of the above trailer has led many to suspect that we could be seeing Ashley Williams of the Evil Dead franchise, a name that came up often in DLC predictions. Groovy!

Lastly, a Klassic Arcade Ninja skin pack has been announced, giving Sub-Zero, Scorpion and Noob-Saibot their outfits from the 2D games.

This pack, as well as Shang Tsung, will be releasing as part of the Kombat Pack’s early access on June 18th, with the mainline release coming a week later. Be sure to check out the game’s official YouTube channel or Twitter page (which loves to tease future announcements) for more info.