Yooka-Laylee and the Impossible Lair is on its way

After the success of Yooka-Laylee’s first adventure, the dynamic duo are returning with an upcoming sequel, Yooka-Laylee and the Impossible Lair. Unlike the more open-world exploration-focus of the first game, the Impossible Lair brings the gameplay to a 2D plane. Playtonic Games have stated that more information about the game will be revealed at the upcoming E3.

2017’s Yooka-Laylee was a love letter to the open world collect-a-thons of the late 90s, such as Super Mario 64 and Banjo-Kazooie. It was a smash hit on Kickstarter, and proof that there was a market for this kind of retro-styled game. Whilst some players were annoyed at its dated camera, it overall captured the charms of those old games, including its vibrant art style and bouncy soundtrack. Fortunately, David Wise and Grant Kirkhope, who composed the first game’s soundtrack, are coming back for the sequel.

Yooka-Laylee and the Impossible Lair features a more level-based approach, with distinct 2.5D platforming stages scattered about an explorable overworld. In the overworld, Yooka and Laylee can freely explore and use their abilities to solve puzzles. When they go inside a book stage, they must save members of Queen Phoebee’s Royal Beettalion Guard whilst evading hazards on a 2D plane.

According to the game’s official description, “In this new platforming adventure hybrid, Yooka and Laylee must combine their abilities to take on a series of challenging and vibrant 2.5D levels and explore and solve puzzles in a beautiful 3D overworld. It’s on them to rescue Queen Phoebee’s Royal Beettalion Guard from each level, as they size up Capital B’s most dastardly challenge yet — the Impossible Lair.” 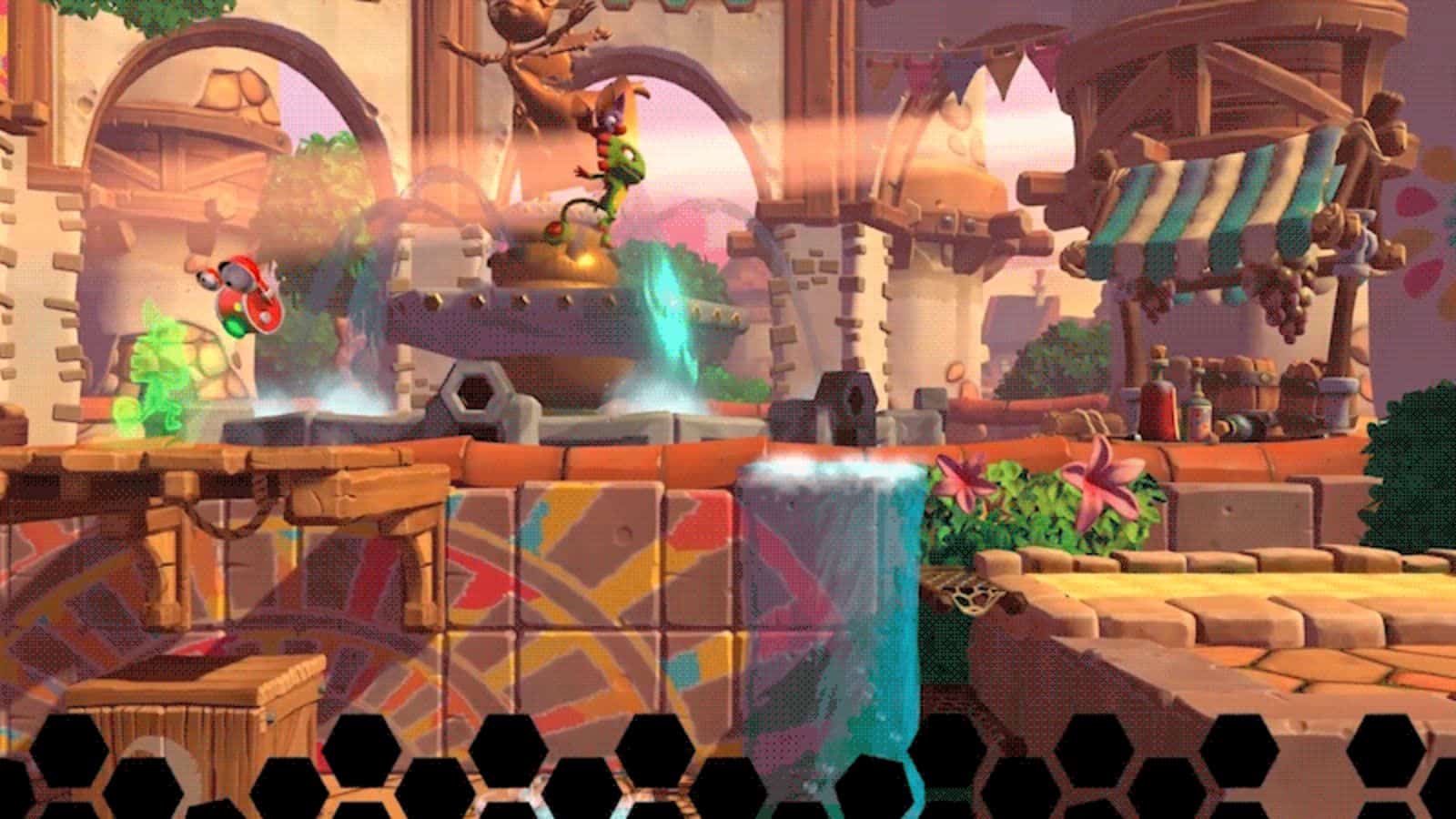 The prospect of more Yooka-Laylee is certainly exciting, even with the radical new gameplay style. It appears to maintain all of the energy and vibrancy of its predecessor. Plus, it likely won’t have any wonky camera problems on a 2D plane. Hopefully we will get a better look at the game when E3 rolls around next week. Yooka-Laylee and the Impossible Lair is set to release on PC and console this year, with a planned physical release.