Are you a fan of classical music? Maybe even investigative mechanics from games like Ace Attorney, only in an 18th century horror/thriller setting? Then we have the game for you. Blood Opera Crescendo is a 2D investigative game that’ll have you looking into (and committing) grisly murders in a pixel art styled Baroque era Austria.

The game, which is up now on Kickstarter, will see players controlling a skilled but disgraced orchestra director and composer. Its catch however is that not only will we be exploring our hero and their delusions of grandeur along with their addiction, but a deep dark secret of theirs. You’re also committing some gruesome murders, following in the footsteps of creative killer “Schwarzergeist,” hoping to unmask just who it is. These murders of course, are corpses rearranged as functioning musical instruments.

Still with us after that grim insight and trailer? Its murder scenes, which personally remind me very much of the television series Hannibal, actually isn’t the inspiration it’s selling itself on. It has mechanics inspired from big hits such as Persona and Ace Attorney to mesh with its point and click adventure gameplay. In Blood Opera Crescendo you’ll also be using your typical dialogue tree interactions to both uncover clues and avoid imprisonment from the police who will soon come knocking.

This all looks unbelievably cool and seems to have so much going for it. Its setting is not only interesting but unique, and will have a stellar soundtrack to boot. This soundtrack will feature both original 17th and 18th Century pieces from artists such as Mozart and Vivaldi but will also have it’s own original compositions in there too. 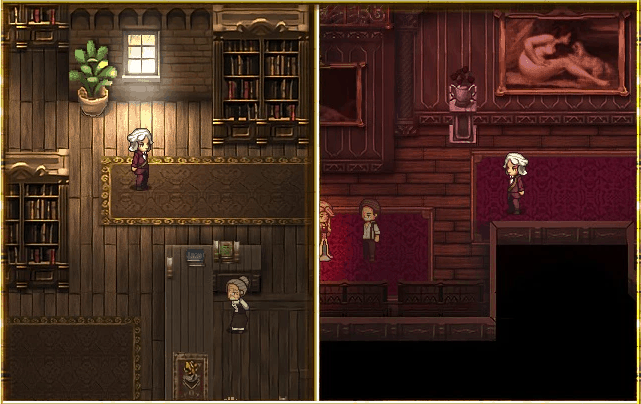 The game has only recently begun its Kickstarter process and keen audiences can pitch in to receive different tier rewards. The Kickstarter also comes with an hour demo that showcases a generous amount of gameplay the game has to offer! As for release, Blood Opera Crescendo is due June 2020 for Windows and Linux on Steam.