First there was a tabletop RPG that saw players undergoing a heist to recover a collection of 200 unreleased Carly Rae Jepsen songs, now there’s another also with an interesting take. Black Heart is the next one-shot RPG related to the Canadian pop star  that is made by the creators of the first, Boy Problems. This second entry in an apparent trilogy follows a darker story with cultist themes.

The creator of the game, Colin Cummings, has noted games such as Cultist Simulator and The Yawg for inspiration. The latter of the two seems to be its biggest inspiration, where players will pick a character to play as and a town to visit each day, much like The Yawg. The roles players can choose are examples such as seers, hunters and minstrels who will, when visiting a town, decide on an easy medium or hard challenge that they wish to complete. 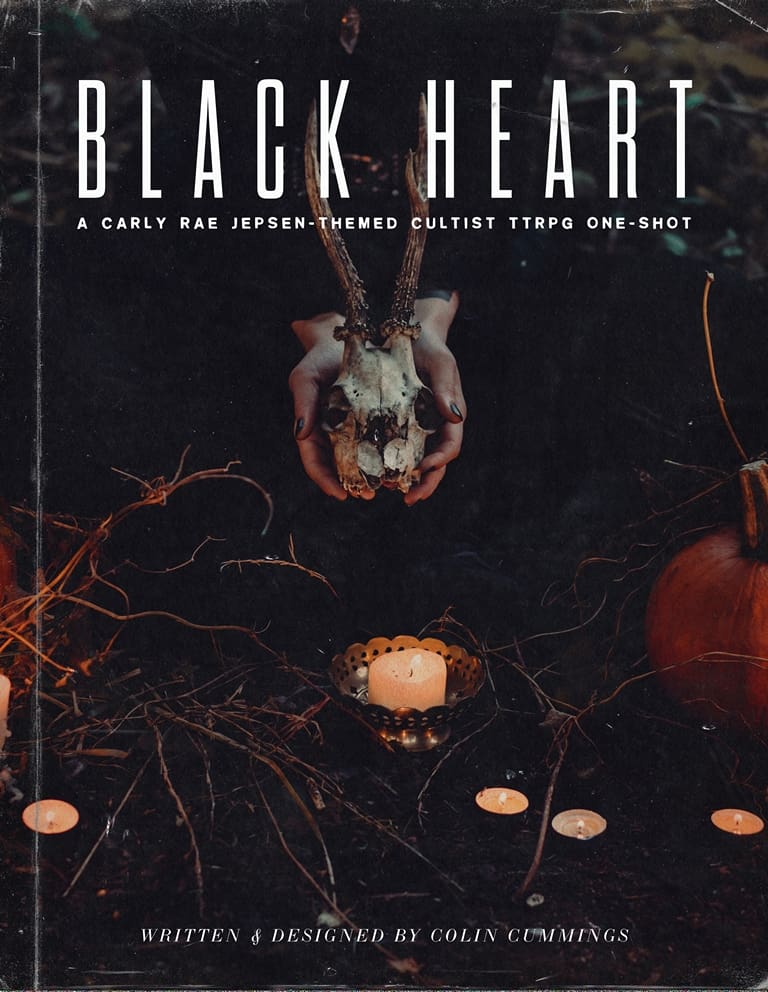 Performance in these challenges also affects one of the game’s four possible stats: Heart, Soul, Mind and Weird. Abilities will play a big part in your effectiveness at completing the final end game ritual. Boasted through Cummings’ Patreon updates is that the choices you make can affect the town and can also ultimately result in mutations on the player. Naturally, these mutations are related to lyrics that can be found within Carly Rae Jepsen songs and can help boost the player.

What’s more exciting is that both Boy Problems and Black Heart compliment each other, with the first set to help bleed and ease into the second entry. From this, we can only assume the final installment in the trilogy will have the same special influence.

For those keen to delve further into the CRJ Table-Top RPG universe, more information will be released later this week. The full game is set to debut later in the year but for now, fans can pick up the prior game as well as updates and early access on Black Heart through Cummings’ Patreon.

Also, I’d be remiss if I didn’t tell you to stream Carly’s new album. It’s amazing.