Its known that in all media industries there are companies and artists that just are not to be messed with. In music its the Rolling Stones (Bitter Sweet Symphony anyone?) in the video game world its definitely Nintendo.  If you touch their properties and they get a whiff of it, you will get taken down. Blockbuster Video found it out in the 80s, Universal Studios tried to fight Donkey Kong,  even YouTubers know not to post Nintendo content. One fan though definitely pulled the tigers tail when they created Super Mario Royale.

So what was it? Well  it was essentially Super Mario Bros 1 but with a big difference. It was turned into a battle royale type game, which is all the rage. It wasn’t a fight to the death though; instead it was a 75 player race through the levels of the game, assets and characters intact. It was a browser game and it was amazing. But like all the Nintendo ROMs on the internet, it’s gone now. The developer is/was a YouTuber and programmer named InfernoPlus. As word spread about the game it was only a matter of time before he was served by the big N. Here is a taste of what gamers were playing in June:

Yep, so I think we can agree using the assets and the music was probably a mistake. InfernoPlus was served with a DMCA order promptly, which is fair to be honest. What if this game became the next big thing? His response though, was to change the assets and rename the game to DMCA Royale and the main characters Infringio and his brother Copyright Infringio. Suffice to say, that strategy only worked for a short while as subsequently he was served again and the game is now no more with the website in question now simply stating “Sorry,  your battle royale is in another castle” and a brief statement.

Of course, Nintendo are absolutely within their rights to take this game down. It was clearly using their assets and their characters, even their music. However there are lots of other companies that let fans run away with content, in the 90s DOOM had level creators and you could share maps on the internet. There are thousands of ROMs out there from all the major companies from EA to Capcom, but they don’t take the legal route. Sega didn’t serve Christian Whitehead all those years ago when he was reverse engineering Sonic games – in fact eventually they brought him into the fold and supported him to make Sonic Mania. 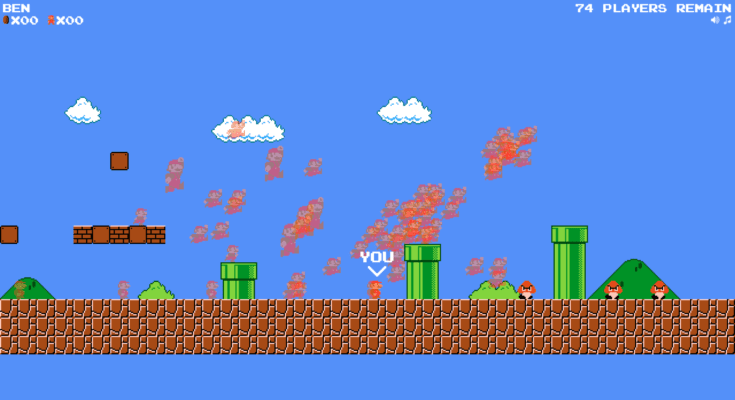 In an age where other major development companies are highlighting community engagement, it does appear Nintendo is the outlier when it comes to content protection. But then they have always been an outlier; they refused to move to CDs due to piracy concerns despite knowing they would lose 3rd party developers back in the day  It’s also worth recognising though that they were founded in 1889 (it’s true, Google it) so they know a thing or two about longevity. Not only that, but they are the only console maker left standing from the 8-bit era.

Is this Nintendo being over-litigious or is this a seasoned player making moves others should take note of?