I don’t mean to compare something genuinely addictive and problematic like the pokies to a video game in such a haphazard way. But when I activate Fever mode and my screen spews out coloured gems flying all over the place while I hack through wave after wave of enemies and treasure chests, Lapis x Labyrinth releases endorphins in me that are not unlike that of a win at the casino, with mesmerising lights, colour and sound capturing my gaze.

A cutesy Japanese dungeon crawler RPG at its core, the premise of this stylish game is that you have a large roster of characters that you can stack on top of one another as you rush through levels full of enemies and loot to find the exit. Your totem-like stack includes a maximum of four characters, and they vary in style and abilities, including a hunter, maid, priest, witch, and gunner. Basic attacks all work similarly but their abilities range from projectiles like magic to more close range combos, and are all enjoyably interchangeable with the press of a button in the heat of the moment.

I’d normally take a moment to go through the narrative you can expect, but in Lapis x Labyrinth, it honestly doesn’t matter that much. What does matter is smashing through each stage of foes as quickly as possible, while the 5-minute clock runs down. This means you’re never able to really stop and smell the roses; it’s action-packed and fast-paced from the moment you start, which ensures that your focus is sharp and that you’re not easily distracted.

To say that the game feels chaotic is a bit of an understatement. Enemies explode into gems that instantly fly at you, treasure is scattered and collected and damage text floods the screen. I often found just mashing through everything I could see until the baddies stopped coming towards me, which was my moment to breathe temporarily before grabbing the loot and moving on to the next room. This is before Fever mode comes into play, which has you descending further into colourful madness. 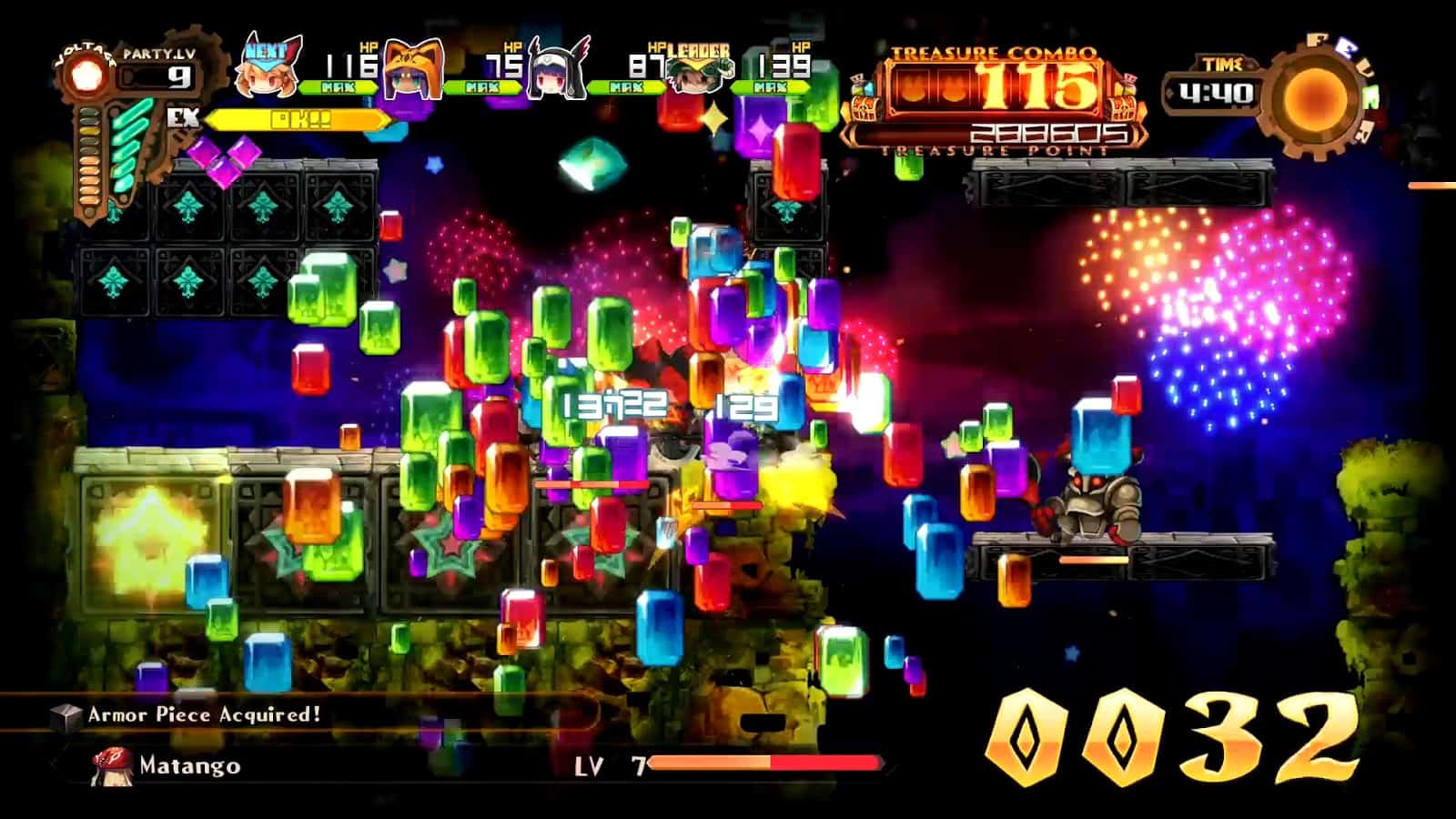 It’s here where Lapis x Labyrinth fully leans into its crazy and triggers you to get those happy vibes; just look at the above image – this happens frequently during play as you fill up your Fever mode gauge, but often times I wasn’t even paying attention to that, just smiling gleefully when it gets set off and enjoying the chaos. It feels incredibly rewarding, parallel to seeing ‘Achievement Unlocked’ or seeing your name on top of a scoreboard… but on steroids.

Of course, there are other RPG elements that keep things ticking along. Loot is acquired so that you can upgrade your gear from level to level, editing and training your party comes into play frequently and the town grows with more options for shops and more quests as you progress. Grabbing a mission and heading into the labyrinth is simple, but pretty linear. Fighting enemies in this style and clearing dungeons doesn’t exactly have much variety, and after long play sessions it does all start to look and feel kind of samey. The game thrives on short bursts of play, less so in a marathon. 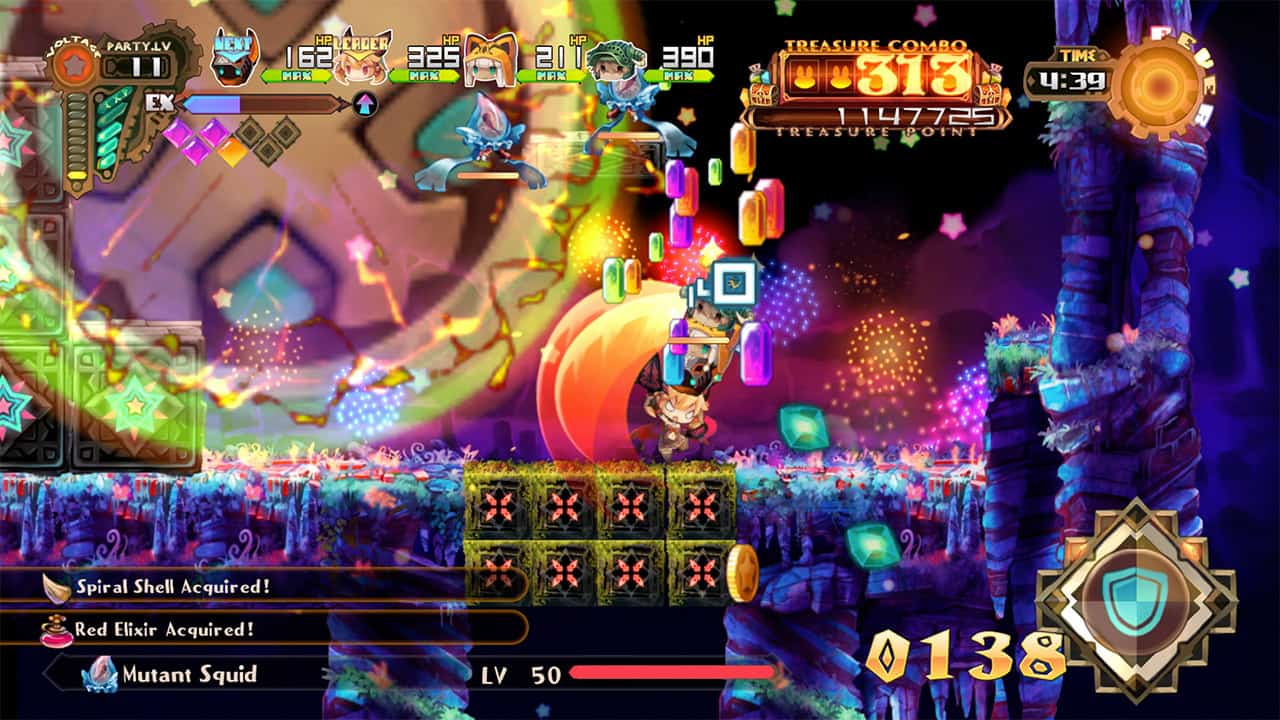 Lapis x Labyrinth, then, is a bit like a really sweet and tasty lolly. It’s delicious the first time, and eating them is definitely enjoyable and tasty. After a lot of them at once though, you do start to feel a bit sick. You’ll probably have some more later but you really should take a break and eat something more nourishing. It might not be for someone looking for a deeper or more complex experience, but I’m definitely having a great time with it overall and it satisfies my cravings for reward more than most other games in my library.

Lapis x Labyrinth is out now for Nintendo Switch and PlayStation 4.