Minecraft Earth, an AR version of the wildly popular game was announced earlier this year.

It promises to bring the Minecraft world into our own, allowing players to build minecraft structures at a smaller scale. Then, they can scale the building to its real size, and explore it like it was really part of the world. There was a demo available to play at E3 but since then there hasn’t been another opportunity to play it.

Fear not, Minecraft fans! For  the release of a closed Beta has been announced for later this winter. The announcement video shows that there is much more to do than just build, included plenty of items to find and creatures (or mobs if you’re familiar with Minecraft jargon) to collect.

The building is still the most amazing part, showing two players working together to build a structure directly onto a table that exists in the real world. You’re also able to select which biome you plan to build in, and through your phone screen you can see exactly what you are building. It even displays a little pickaxe we’re you’re breaking down stone, which is very sweet.

Being able to build with other players has always been an important part of the Minecraft experience and so it’s great to see that this is going to be a feature of Minecraft Earth. 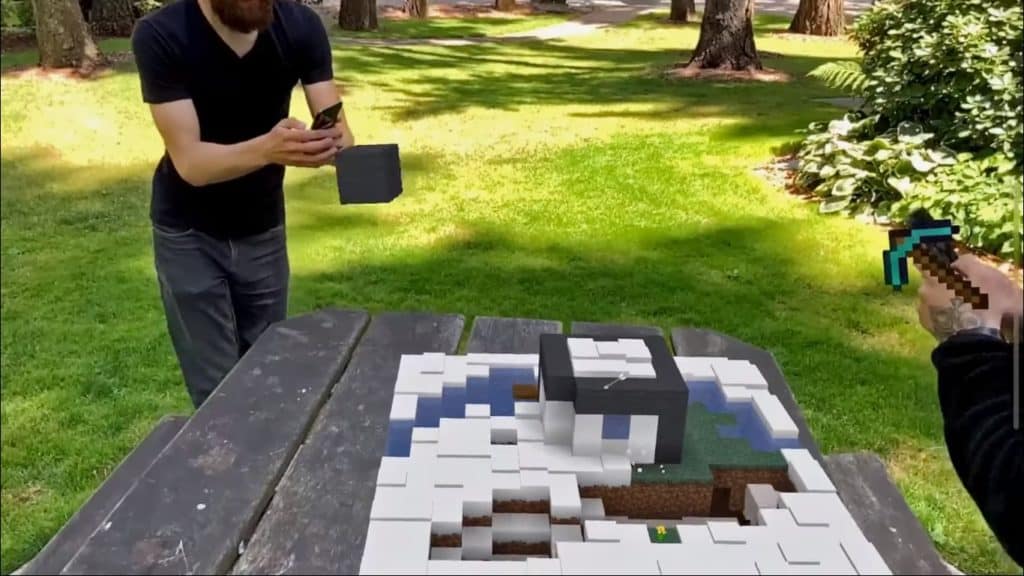 The closed Beta is awaiting sign ups now,  joining the closed Beta will also give players an exclusive skin along with the opportunity to the be the first to try this new Minecraft experience.  Register for a chance to play right here – and if you are selected, you could be experiencing as soon as a couple of weeks from now!