Disintegration is the newly-announced first-person action combined with real-time strategy,  with a flash of character-driven personality. Piloting a futuristic device called a Gravcycle, you play as Romer Shoal, the leader of a band of roguish outlaws.

The team behind this is V1 Interactive, a new small company of 30 developers led by Halo co-creator Marcus Lehto. The announcement trailer was revealed at Gamescom this week, along with some gameplay and commentary by Lehto.

Right off the bat, it looks as if it’ll be a story based action game, with some great looking graphics and voice acting to boot. While it may look a bit like just another first-person shooty-bang game, Lehto talked though some of the things that sets Distegration apart.

While the game is first person, another large componant of this game will be the third-person strategy element. The player will need to make full use of their squad member’s unique abilities and tactical thinking to succeed. From your position onboard the Gravcycle, the player has the ability to survey the battlefield from on high, accessing the situation and making those decisions that will mean victory or defeat. 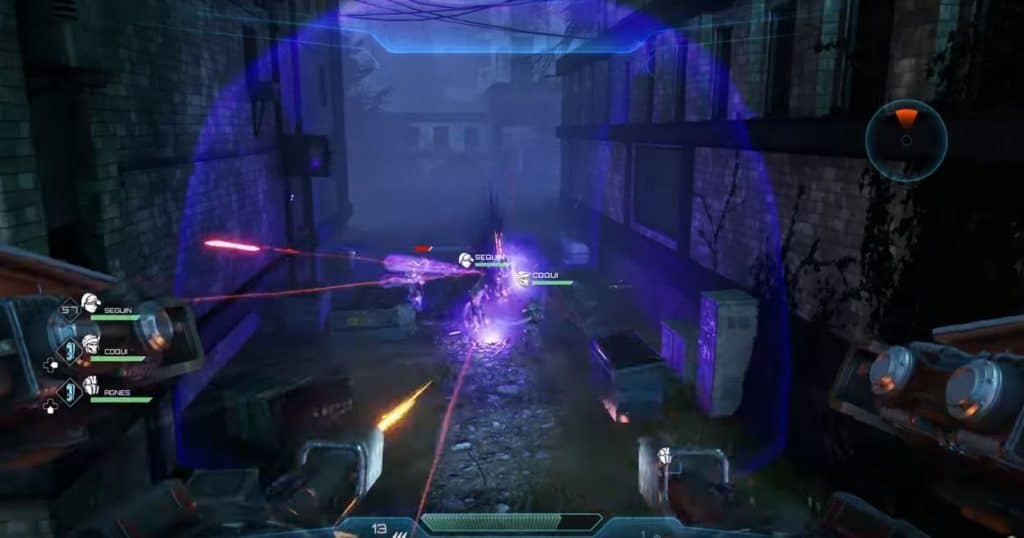 The game will feature a full single player campaign,  as well as several multiplayer modes, according to V1 Interactive. Check out the full commentary here!

Disintegration will be released sometime in Q2, 2020. In the meantime, you can sign up to recieve the latest news and events about the game right here.