Disney’s The Lion King and Aladdin games are being remastered

2019 is a good year to be a 90s kid. In commemoration of the Aladdin and The Lion King movie remakes this year, the old SNES games based on those properties are also being remastered for modern systems. The games will include new features, such as a rewind feature and customisable controls.

Unlike many licensed tie-in games,  Aladdin and The Lion King are among the more liked from that era. Aladdin had two games released in 1993,  one developed by Virgin Games for the Sega Mega Drive/Genesis and one developed by Capcom for the Super Nintendo. Although both are similar,  in the Virgin version, Aladdin carries a sword, whereas in the Capcom version, he does not.

In an interview with Polygon, Virgin version Lead Designer, Shinji Mikami, stated that he prefers the Genesis version. “If I didn’t actually make [the SNES game], I would probably buy the Genesis one,” Mikami said. “Animation-wise, I think the Genesis version’s better. The Genesis [Mega Drive] version had a sword, actually. I wanted to have a sword.” Interestingly, the remaster contains different versions of the game to choose between.

Disney’s The Lion King, developed two years later by Virgin for the SNES, was well-liked for its beautiful art and evocation of the film. However, one sticking point was its high difficulty level, especially for the presumably young target audience. Perhaps with this in mind,  both Aladdin and The Lion King will both have a rewind feature, as well as allow the player to skip to any level they want. 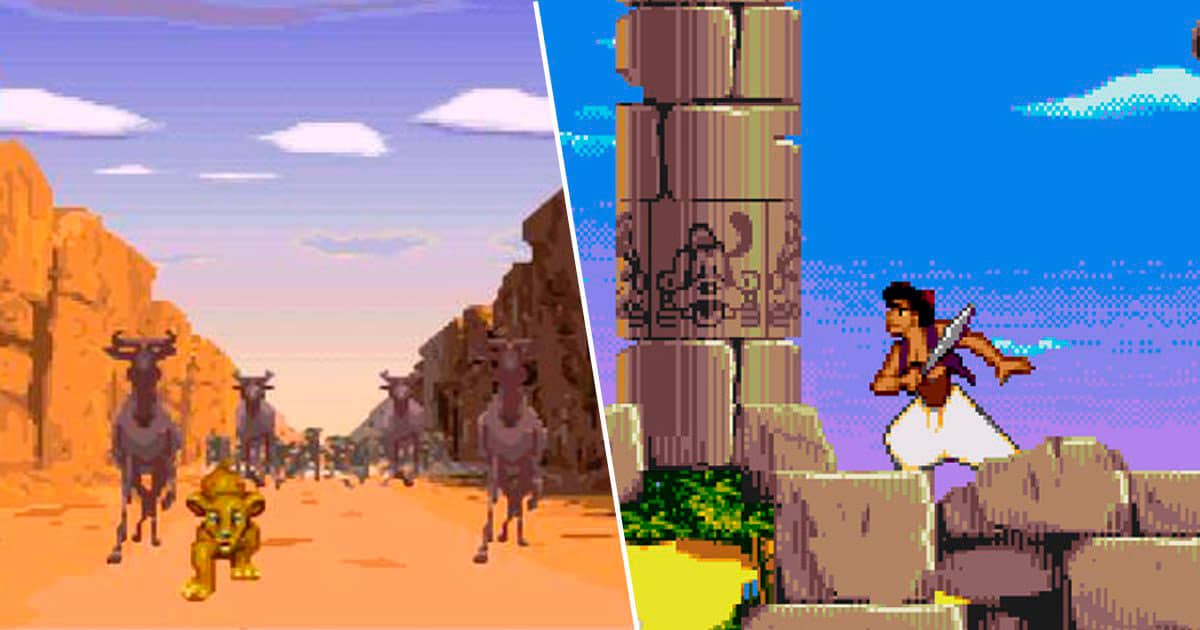 The remastered titles will be bundled together and released on PS4, Xbox One, Switch and PC via Steam. Among the extra features include various display options,  a behind-the-scenes museum, and cheat codes. Since their initial releases,  they have both been released on GoG and Steam at various times, but eventually pulled.  Although Disney has still produced licensed games for its films since, few are as well-remembered as these two. Both properties have maintained a presence in video games via the Kingdom Hearts franchise throughout the 2000s.

Although it is arguable how well these level-based 2D platformers have aged as games, this is clearly the age of nostalgia. Considering both Disney film remakes became billion dollar hits this year, why not bring back some fondly-remembered licensed tie-in games?

These remasters will release on PS4, Xbox One, Nintendo Switch and PC October 29 2019.