Pokémon Masters has released for iOS and Android

Pokémon Masters has released onto mobile devices. Being developed by The Pokémon Company and DeNA, the game has you face off against some of the franchises most well known trainers in an attempt to fight you way to the top of the league.

The gameplay involves 3v3 team battles where you’ll acquire trainers to join your team as you progress through the game’s story. Each trainer, yourself included, will have a Pokémon they use to battle. Type effectiveness is very important here as you square up against other teams of 3, level up, and strive to become the very best. You can check out a game overview trailer below.

Pokémon Masters has only just released for iOS and Android devices. It’s a free-to-play game although it does involve the use of microtransactions. The focus on battles and trainers means you’ll run into many familiar faces from across multiple generations of the franchise. You start with Pikachu, naturally, and your first battle partners are Brok and Misty who use Onix and Starmie. The 3v3 battle system is pretty simplistic but it’s the attention to detail that goes into the game’s animation for story sequences and battles that is most impressive.

It’s also worth knowing that Pokémon Masters relies heavily on “gacha” style systems to encourage players to spend real world money. RNG loot and heavy grind is a natural part of this game and they’re not shy about directing you to the store where you can spend real money on virtual in-game currency. It’s becoming a bit expected for mobile game releases although I have to admit, I’m still a bit disappointed that Nintendo would allow one of their biggest properties to head in this direction. 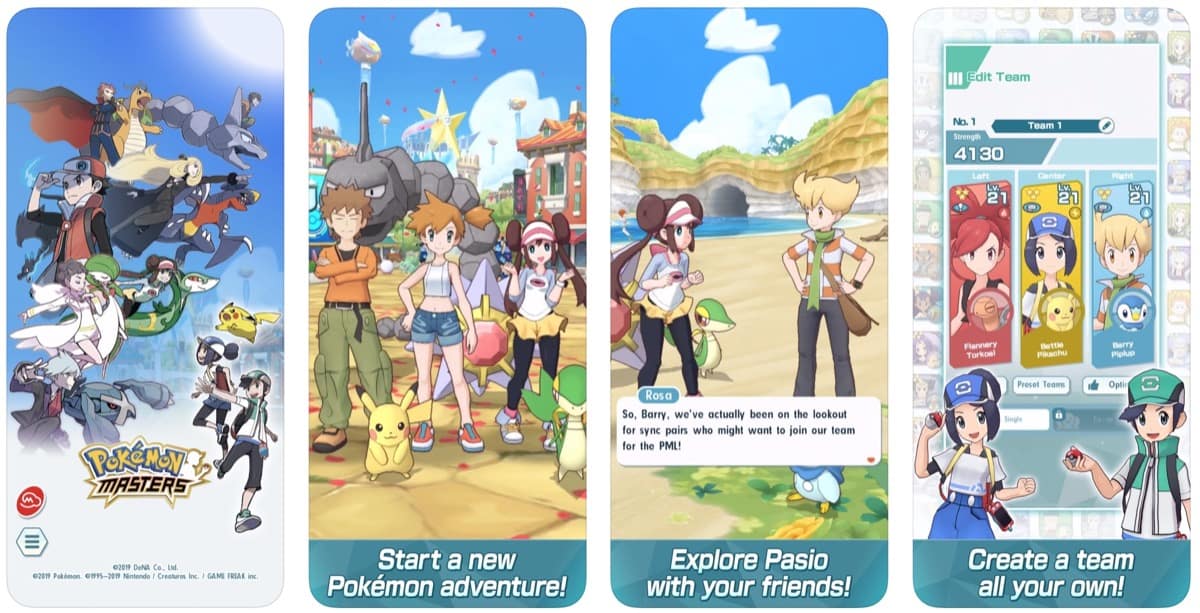 You can check out Pokémon Masters now on iOS and Android.