Apex Legends gets its first new map next week!

Apex Legends is a game that shows no sign of slowing down, even some almost eight months after its surprise release. The hugely popular battle royale is about to kick off its third season along with new character Crypto and some game improvements. However arguably one of the most exciting announcements to come out of this season is that there will also be a new map, title World’s Edge.

The news came from this trailer for the new season, titled Meltdown, and the new map looks to similarly follow this theme. Based off the cinematic trailer, it appears the map will have the strong polarity of imagery of both fire and ice.

“Welcome to a new Apex Legends map where molten heat and chemical ice collide. Join our cast of Legends – including the newest Legend, Crypto – on the dropship as they’re whisked from Planet Solace towards World’s Edge on Planet Talos,” a tweeted announcement reads. 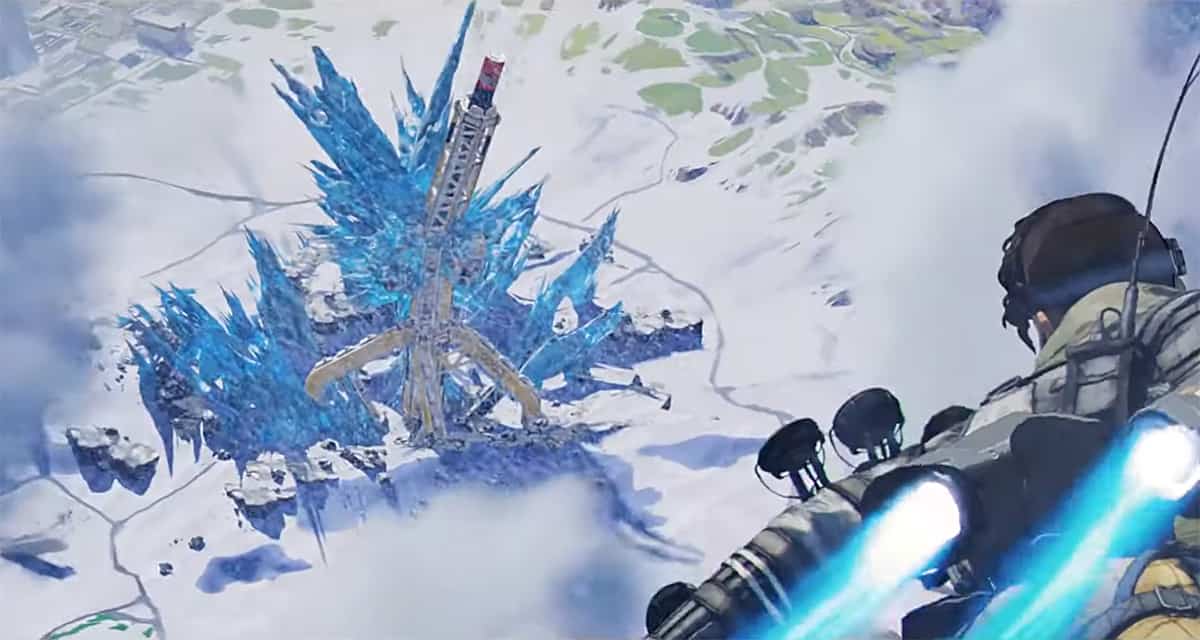 As it is a cinematic trailer, it’s hard to see how alike the actual in-game make will look in comparison. There is, however, some interesting variants compared to the vanilla Apex Legends map. Not only is the variation of biomes exciting when compared to the original map’s sometimes one-note look, but there’s also a train. A function like this can only encourage the movement and verticality of the game so hopefully it makes the final cut.

Fans curious to see just how the new map and season will play won’t have to wait long at all. Apex Legends season 3 launches next week on October 1st, along with the new World’s Edge map. It’ll also have the expected battle pass, new Legendary skins and Apex  packs.