Are you a local to Melbourne that’s obsessed with true crime? If so, look no further than a new upcoming mobile game that blends both the interactivity of AR and the thrills of learning a true crime story.

True Crime Mysteries: Misadventure in Little Lon is a game that follows an intriguing challenge of unraveling the story of a 1910 Melbourne and its notorious red-light district. The mystery, adapted by local developer 10Tickles, will begin to unfold during Melbourne International Games Week (MIGW) and will feature accompanying events for the game.

The spine tingling game will see players traveling the streets of Melbourne. You’ll pass heritage sites where events went down, and try solving the mystery of who is responsible for the attack that eventually resulted in Ernest Gunter’s untimely demise. The MIGW debuting game will see you questioning and interrogating a series of mysterious suspects, each with their own contradicting motives and version of the truth. Who’s telling the truth and who’s lying is up to the players as they use their clues to discover which of the Little Lon suspects is responsible.

“We are excited to be launching our first game in the True Crime Mysteries series during Melbourne International Games Week. ‘Misadventure in Little Lon’ transports you from this realm to one shrouded in historical intrigue and can be played from anywhere in the world,” states 10Tickles co-founder,  Emma Ramsay. 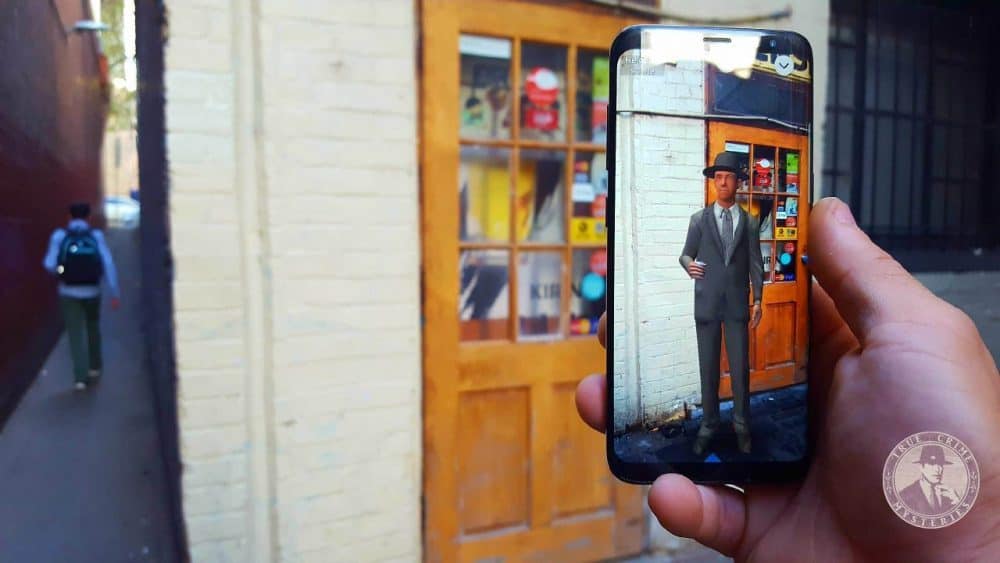 True Crime Mysteries: Misadventure in Little Lon is available on October 6th and is $4.99 on the Google Play or App Store. Those keen to get more involved with the game can attend its launch and meet ‘real life’ characters and developers of the game on the same date. The event starts at State Library Victoria from 1pm – 5pm on October 6th and you can register here.

You can hear our latest podcast just here where Cameron and Luke talk with not only Andy and Emma, the creators of Misadventure in Little Lon, but also Jenny Samms, the granddaughter of one of the games pivotal characters, Maud Gunter. Be sure to follow our coverage of MIGW on our socials or our podcast, including our episode with developer 10Tickles!