You could play in this PUBG tournament at PAX Australia

Red Bull Fight or Flight is a PUBG tournament (that’s PlayerUnknown’s Battlegrounds, if you weren’t in the know)  coming to PAX Australia this October. And  since it’s open to gamers of all skill levels, you can compete in it yourself!

The tournament is a collaboration between Red Bull energy drink and OMEN,  HP’s range of gaming computers.

The tournament won’t be your typical PUBG 100-player free for all. Instead, squads of 4 will compete against each other under unique custom settings. Each match will last no more than 15 minutes, and the Blue Zone will damager players far harder than normal. On top of that, loot and care packages will spawn far more frequently. Plus, the equipment you find will be better than in a standard game. 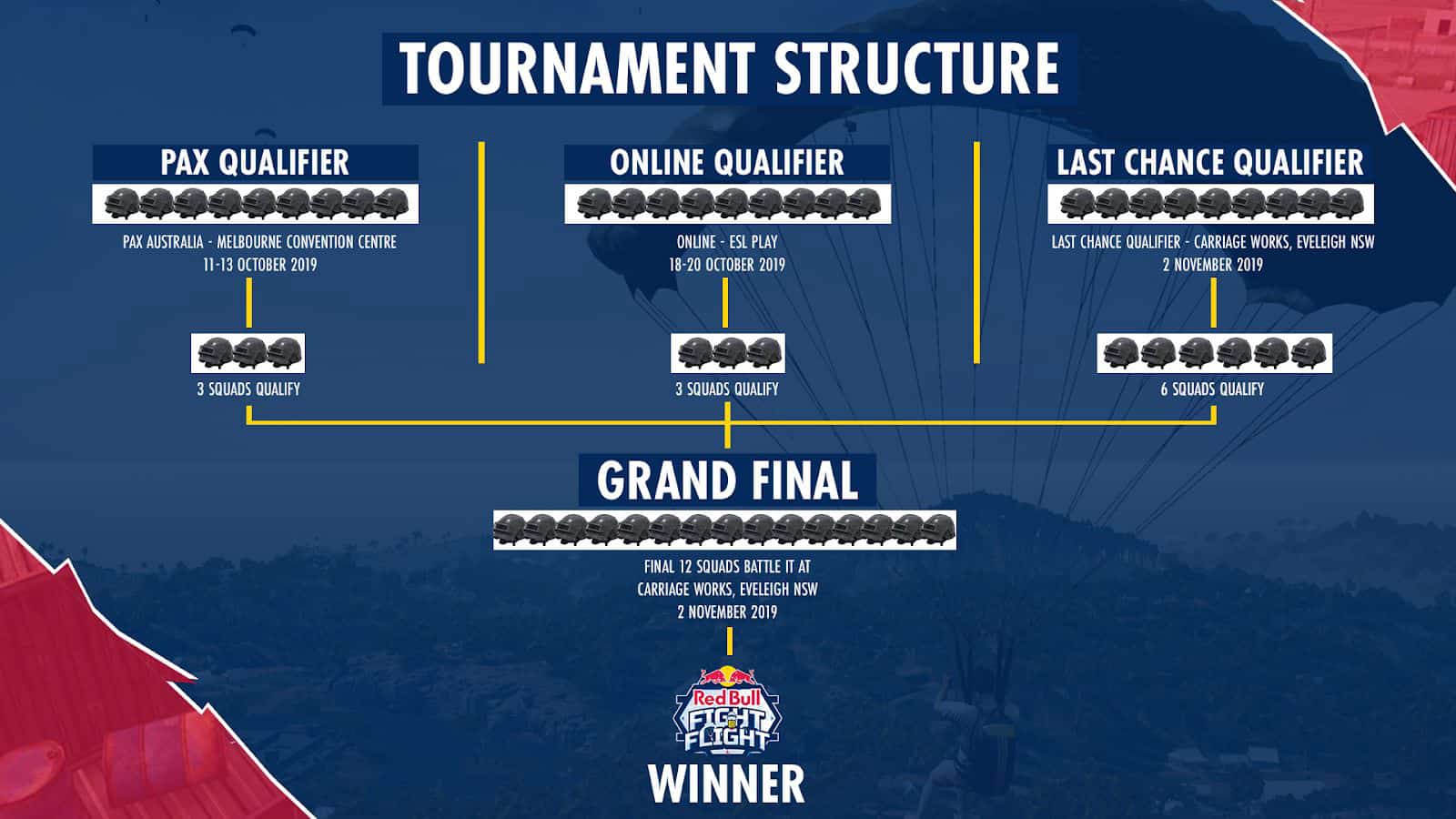 If your squad wants take part, you can sign up at the Red Bull and OMEN booth during PAX. You’ll have to get in quick, because sign ups are on a first come, first served basis. One winner will be announced for each day of the expo. All three teams will win flights and accommodation to the Grand Final in Sydney.

The Grand Final will take place in front of a live audience, and will be streamed on Red Bull’s Twitch channel. Winners will receive a prize pool valued at up to $45000, including an all expenses paid trip to California to attend the PUBG Global Championship Grand Finals across November 23 and 24.

If you’re a PUBG die-hard ready to take on a new challenge, this could be for you! It’s sure to get the blood, adrenaline, and presumably free Red Bull coursing through your veins.