Frostpunk plays surprisingly well on console and you should try it

Frostpunk released on PC back on April 24th, 2018, bringing an interesting, dark take on a future where a blizzard has wiped out a large portion of humanity, leaving few survivors to come together and do the best they can. Now, this strategy simulation is available on consoles, and while normally this genre can be quite finicky using a controller instead of a mouse, this one does a serviceable job of making it work.

This clean slate you start with then allows you to collect vital resources, build shelters, hospitals, food supplies, all while balancing the needs and emotions of the people in your community, by passing laws they must abide to and just generally trying to make sure they don’t all die a cold, lonely death. If this sounds a bit mundane and sad, that’s because it is – thematically speaking, Frostpunk reminds me of This War of Mine, another game that took great pleasure in making you feel awful in an extreme circumstance.

The comparison makes total sense considering it’s from the same team. That pang of guilt came quickly when on my first play-through I accidentally prioritised wood over fuel, causing several of my people to freeze to death. A suggestion was made that I should build a cemetery so I could honour the dead and have somewhere to put the bodies, but I didn’t want to spend resources on something like that so early on.

Well, the bodies started getting gross (my words, not Frostpunk’s), and people started getting sick from them, ultimately setting me on a course for more loss. This is while I was trying to build kitchens to cook in and shelter for children to be kept safe – except for the ones that I had out working, as I passed a law that meant children should have to pull their weight too. That also had its own consequences on how the community reacted and how I was viewed as a leader. 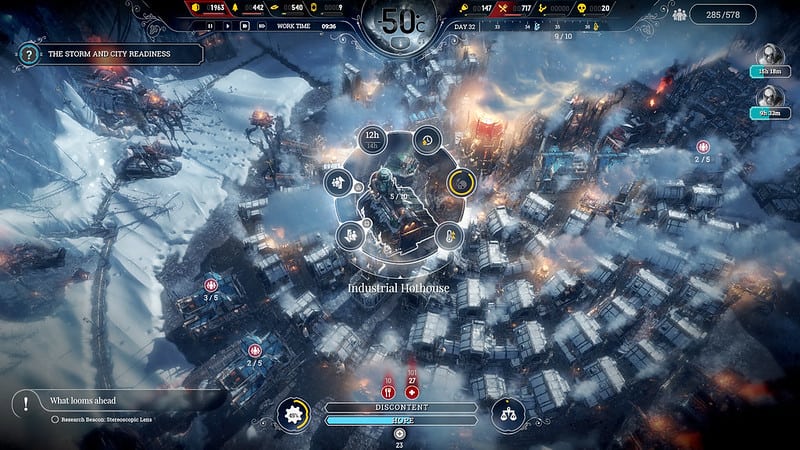 As you can hopefully gather, Frostpunk is a game that makes your choices matter, and makes you pay for your decisions. It’s unique in many ways, creating an atmosphere that is awful and incredibly captivating, and the addition of random elements that come into play to make things more taxing always keeps you on your toes. Best of all, it works pretty well with a controller, which I wasn’t really expecting.

You can easily speed up or slow down time to take stock of your scenario using the D-Pad, and the pacing of the game is a bit methodical and plodding which means that I rarely felt pressure to panic and rush my cursor around the map to prevent something terrible from happening. Plenty of radial menus with shortcuts make sure that it runs relatively slick… it all just makes sense, more like it was designed for consoles as opposed to being ported over haphazardly. This version also comes with most of the updates the game has seen on PC, including new scenarios, Endless mode with aesthetic building options, as well as deeper difficulty tailoring. 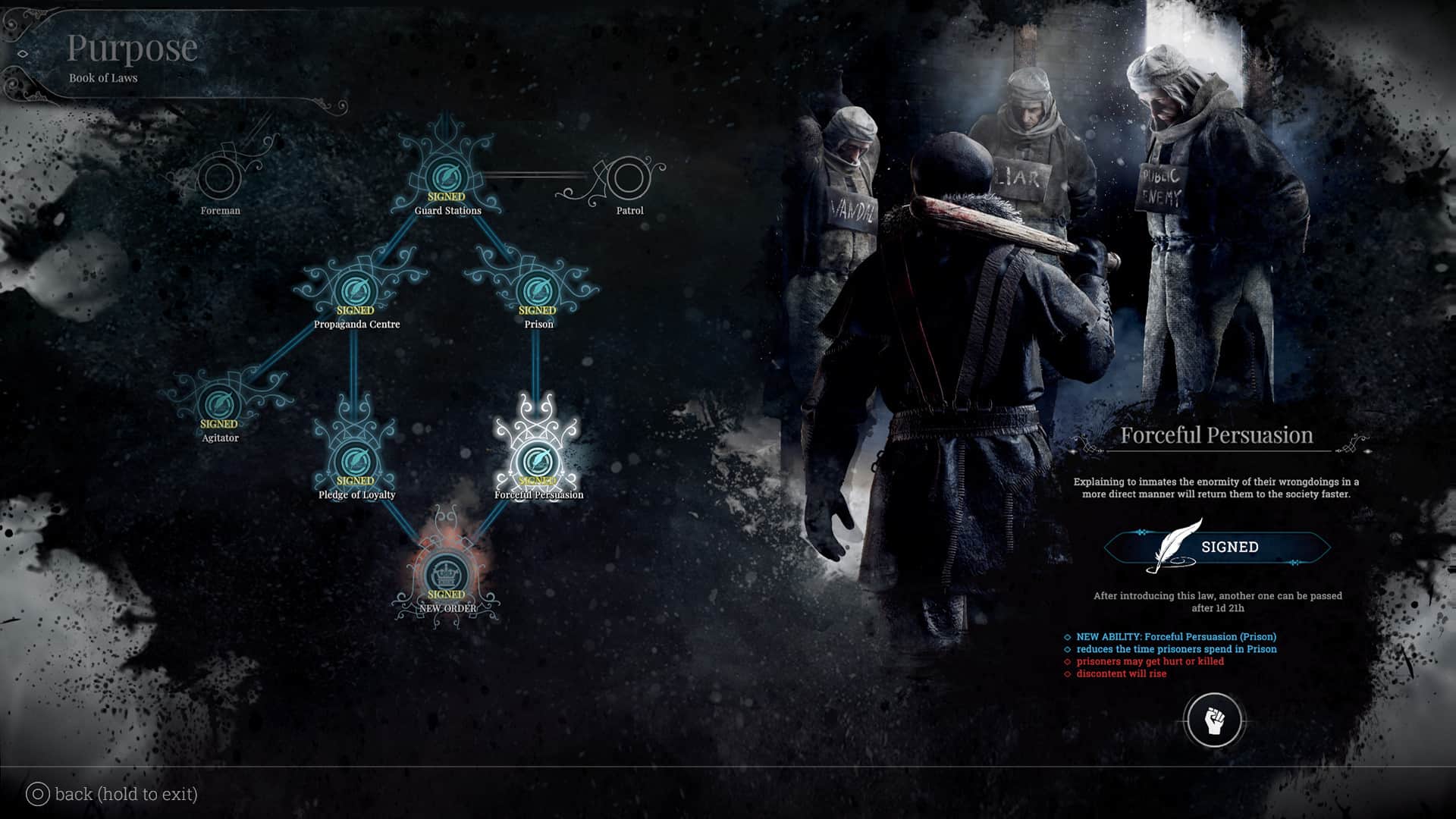 Frostpunk is not “fun”, but I can’t stop playing it. It creates stress and pressure in a way that many other games fail to, and I constantly felt like there were serious consequences to my actions, which meant that (once I learned this the hard way) I always took a moment to think about what I was doing, considering the pros and cons carefully before acting. It’s not for everyone, but if the tone clicks, it will grab you and not easily let you go.

Frostpunk: Console Edition is available now on Xbox One, PlayStation 4 and of course PC.