Every year, the PAX Rising section at PAX Australia is one of the best places to discover new indie games. This year one of the games I was immediately intrigued by was Duped. Duped is an unconventional platform game published by No Moss Studios. It was originally published on Steam in 2018, and a Switch version of the game was released on 10 October 2019.

The premise of Duped is simple: you start the game as a small pink cube stuck in a cave, with no idea of who or what you are. To progress through the game, you have to cross several cave platforms and walls to get from one level to another. In order to jump across gaps that are too wide or climb walls that are too high, you have the option to clone yourself. When you do, another cube appears that, except for being a different colour, looks exactly the same as your own character. Once created, your clone cube mirrors your every movement exactly.

This quickly proves to be challenging, because in order to get across a particularly wide gap for example, you’ll have to find an inventive way to stack several cloned cubes and use them as a support mechanism to propel yourself forward. In this way, I found that Duped presents a clever mix of platformer and puzzle game, and its spatial puzzles kept me engaged and determined to keep going. I did find that gameplay could get frustrating in places, but fortunately the casual nature of the game allows you to dip in and out of it easily and take breaks when you need it.

When first playing the game, it would be easy to assume that Duped is no more than a simple and compact platform game, but there’s more to it than meets the eye. For developer Reuben Moorhouse, Duped was inspired by the ethics of cloning and the philosophy of identity. One of the stories that stood out to him was the well-known anecdote of the ship of Theseus, that poses the problem of cloning and identity through the metaphor of his ship: if all its parts are replaced one by one over a long period of time, until they’ve eventually all been replaced, can we still speak of the same ship, or is it a different one?

Duped itself taps into this problem’s story in an interesting manner through its gameplay mechanics; once you’ve completed a handful of levels, the cave platforms are replaced by actual words that delve into the story of Theseus. Reading this story is optional for players, and if you choose to not engage with these words at all on a narrative level, it won’t affect the overall course of the game. 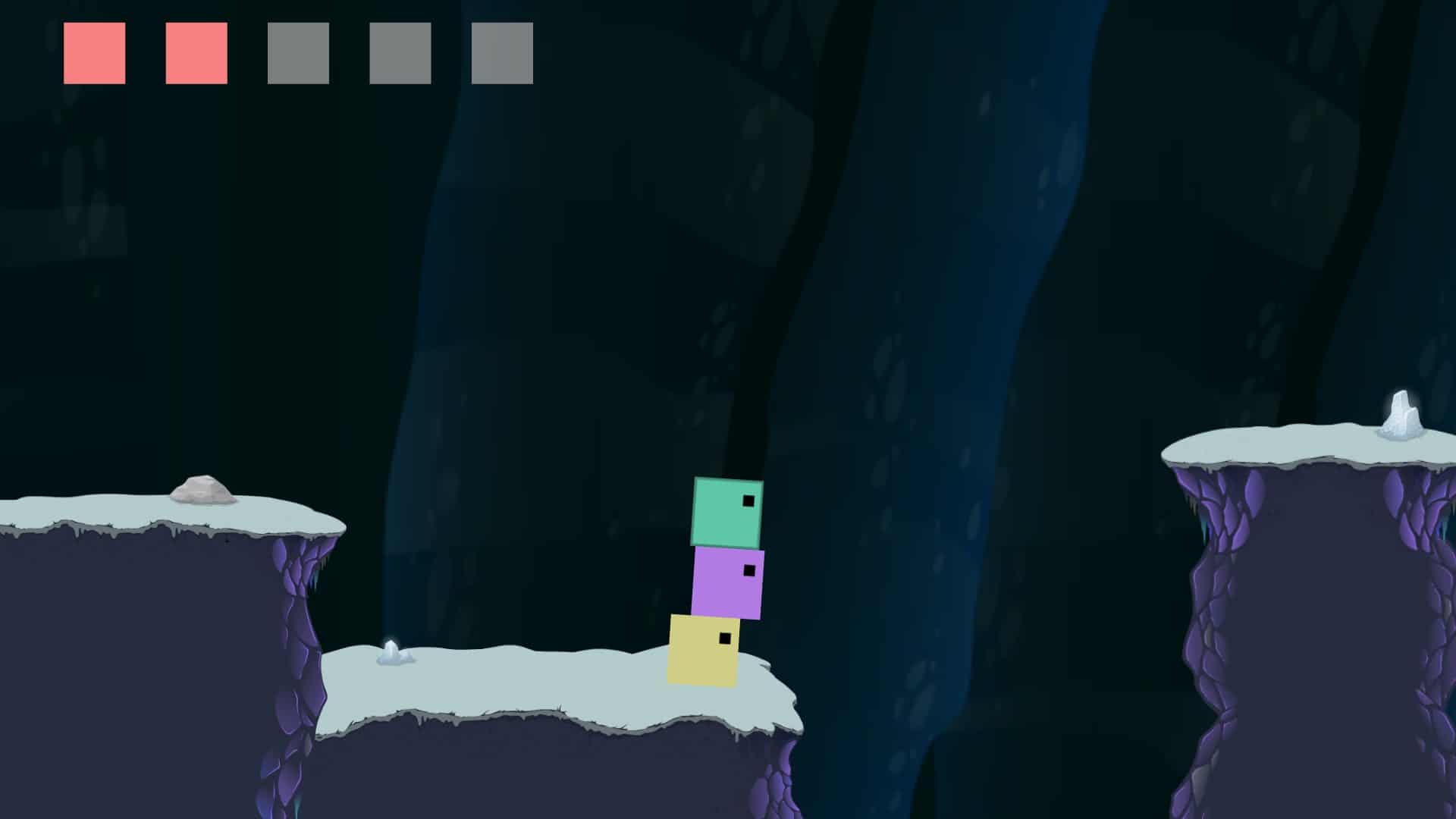 However, if you do, they’ll paint an interesting narrative around your cube character. The story told through the displayed words touches on themes of the meaning of identity, isolation, and connection. The game also cleverly pushes you to reflect on the meaning of identity through its gameplay, as you might finish a few levels with your starting cube before progressing to another level with a differently-coloured clone. These mechanics, together with the sparse and slightly distorted-sounding music, create an immersive and engrossing gameplay experience that is equally as emotional as it is eerie. It’s unlike anything I have encountered in a platform game before.

If you enjoy platform and puzzle games and are keen on games with an interesting twist, Duped is certainly worth picking up. The game provides a refreshing perspective on the platform format and its story is likely to stay with you long after finishing a play-through.