I’ve always been a fan of anything inspired by HP Lovecraft’s work so when I heard that Elden: Path of the Forgotten was going to be at PAX this year I knew that I wanted to give it a go.

Elden doesn’t take inspiration from any particular story of Lovecraft’s and more just takes its themes and aesthetics. The inspiration is apparent immediately in the opening cut-scene, watching a character toy with forces that shouldn’t be played with and falling through a portal in the ground.

The animation astounded me. Something about the fluidity of modern animation combined with primitive graphics makes it feel sinister and uncomfortable. One of the devs I had the chance to speak to said that Sword and Sorcery was a big inspiration when it came to animation and visual design, though the gameplay was inspired but Dark Souls and Diablo.

The Dark Souls in the game was obvious the second I found myself in combat; with a focus on stamina management and dodging rather than constant attacking, it’s definitely the sort of game that’s going to take more than a few shots to beat. When knowing where to go and where not to go, the game is only about an hour long, but the devs expect that a first playthrough will take around six. 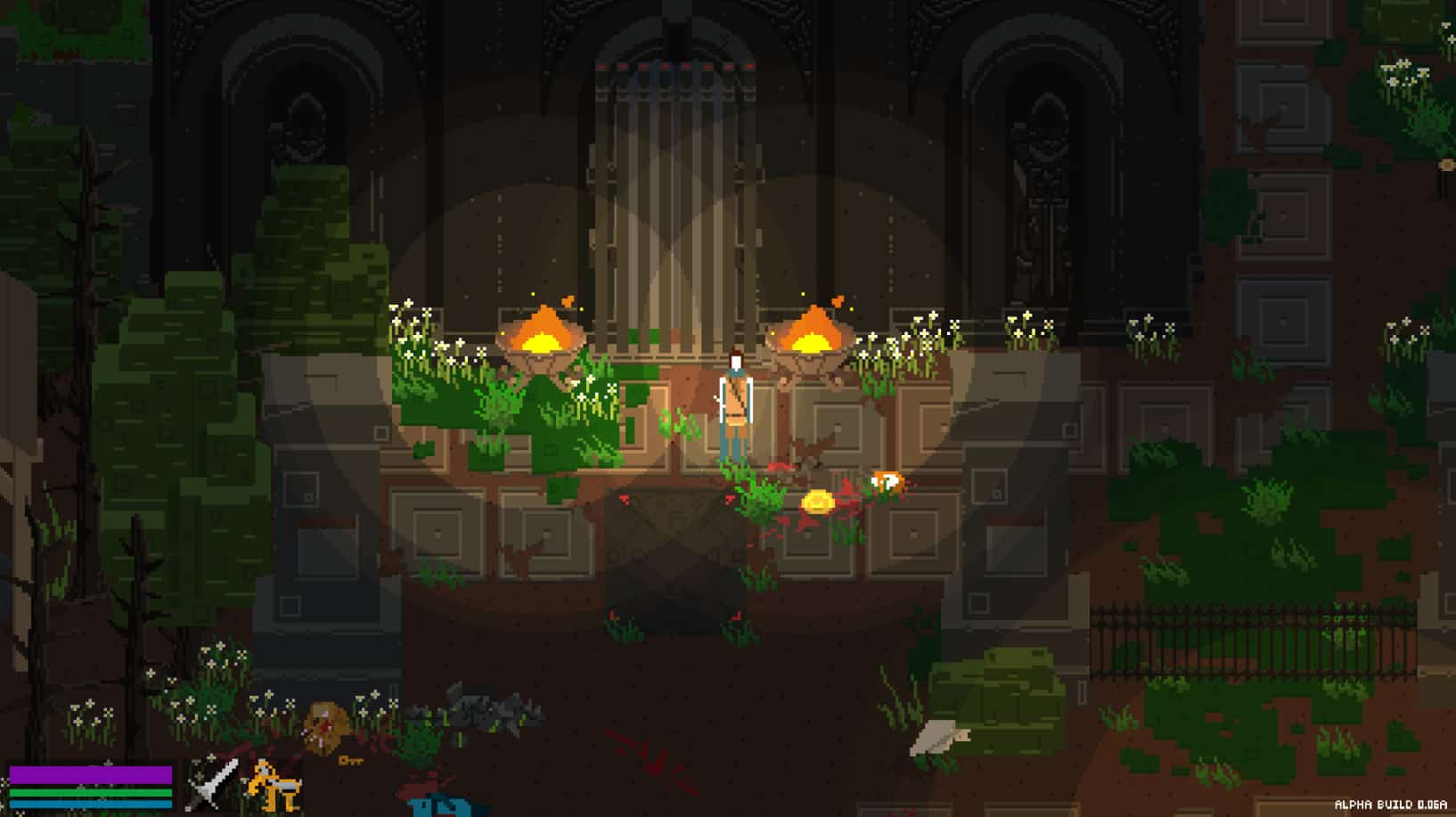 The story is told entirely in images or text written in another language. There is no verbal story telling, everything is shown to you. It’s designed so that while all the pieces are provided, it’s up to the player to put them together. The language used in the game is also an actual language, it’s the sort of thing that (if someone tried hard enough) could eventually be deciphered and translated.

Elden: Path of the Forgotten is set to release next year after an almost 5 year development. It’s planned to be playable on all current systems and the creators have expressed interest in eventually releasing the soundtrack along with the game. So keep an eye out, and don’t go reading any cursed tomes!

The best way to keep up with the game is on the Twitter page here, give them a follow if it pleases you.