PAX provided many different VR experiences, but Espire 1: VR Operative grabbed my attention as it has a goal to be a realistic and immersive, yet action-fueled experience rather than a tech demo.

VR is still a relatively new frontier, and Digital Lode is fully aware of this. I sat down with Nick to discuss this title further.

The team at Digital Lode were drawn together due to being “huge fans of stealth games” and drew inspiration from “Metal Gear Solid and Splinter Cell”.

Espire 1 puts you in the shoes of a drone operative across 6 narrative-driven missions. This is not a unique concept by any means, but the execution of this has to be seen to be believed. The aim of this game is to immerse the player and provide a full level of interactivity without the associated motion sickness. 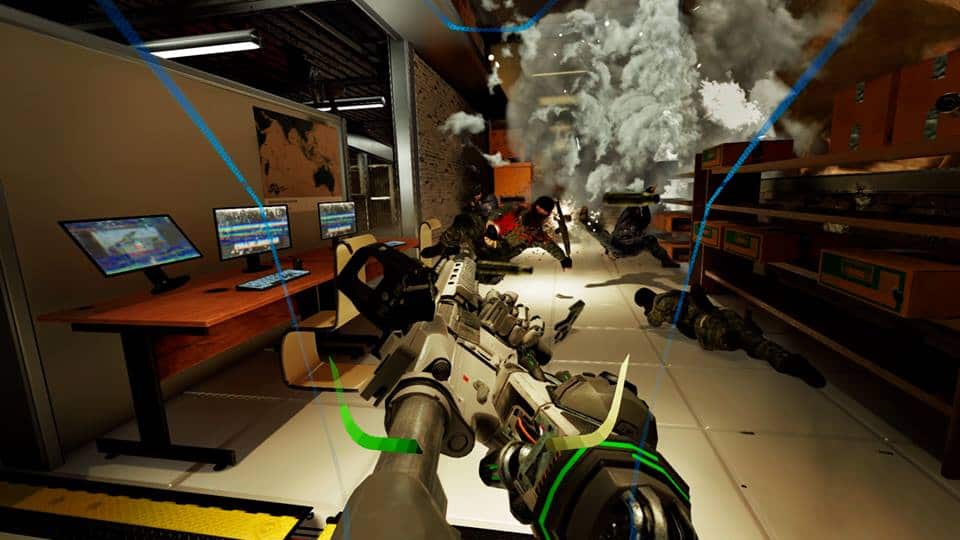 I played the title for a short period and it was immensely enjoyable, the controls felt tight, the combat was brutal, the design was gorgeous, but above all else, I walked away wanting to play this title further.

Nick stated that their goal is “to put gameplay first and make it an immersive experience for all”. Nick and the team also understand that whilst “VR is still a costly barrier for most people to jump in on, they are confident that VR will continue to become more accessible over time.” 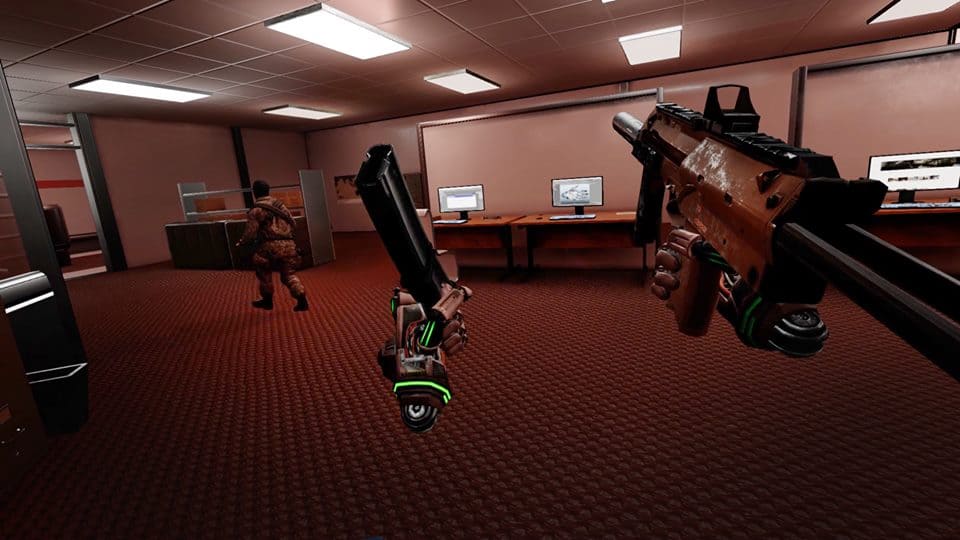 Espire 1 was due for release back in September of this year (for which Nick expressed his apologies) but was delayed to tweak it further as Digital Lode would prefer to release the title as they had envisioned rather than cashing in on a half-baked design.

Nick is confident that they will have the game out before the end of 2019 for most VR compatible devices, so be sure to visit their website to stay up to date with any announcements and support local developers.