Have you ever wanted to learn how to read Japanese? Kana Quest can help!

The first part of learning Japanese is also the hardest: remembering all those characters. Kana Quest is a mashup of dominoes and match-three games that not only makes learning it easy, but also fun and adorable! It was one of the cutest games at PAX Rising at this year’s PAX.

In Japanese, each character has a constonant sound followed by a vowel sound. To help you remember which character is which, this game has you match each kana block with a ‘friend’: that is, another Kana that shares the same sound. There are more than 300 levels, which you can play in either Japanese alphabet: Katakana or Hiragana. It’s a simple sliding block game, but that’s part of its genius as an educational tool. It’s not trying to overwhelm you with complex ideas and lessons. It’s teach you the essentials you need to begin understanding the Japanese language. 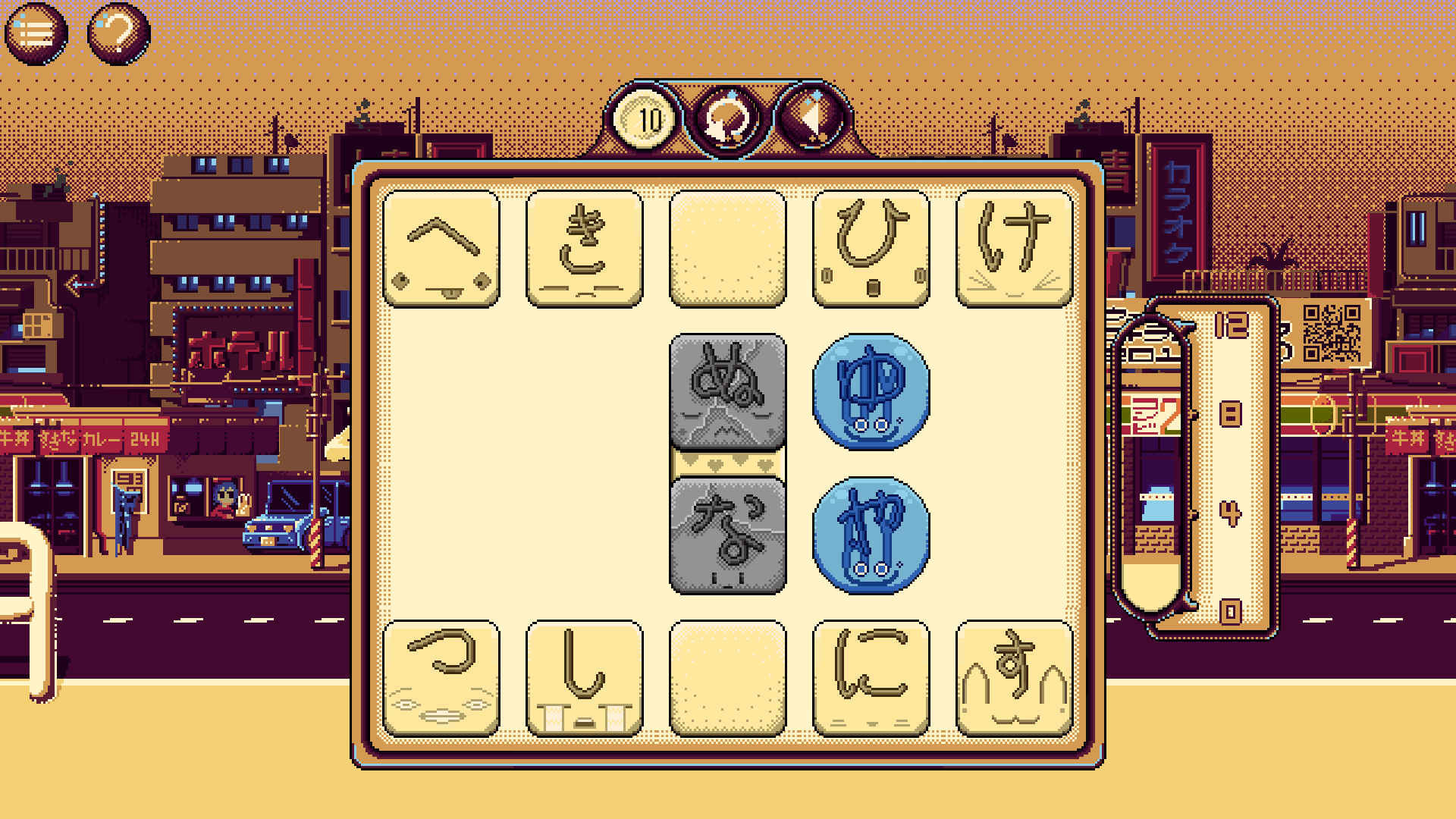 Kana Quest is developed by a small local Melbourne team, led by developer Theodor Kipen. Theodor learned and tutored Japanese, and even lived there for a time teaching English. His goal with Kana Quest is to create a game that teaches without feeling like a pop quiz or a test. “I can give a native Japanese speaker my game and they’ll have a good time.” he explained. It was during his time teaching that he got his idea for what would become Kana Quest.

I’ve always wanted to learn Japanese, and the biggest reason I’ve never properly tried is the thought of having to learn all those characters. But as I played Kana Quest on the show floor, it was easy to see Theodor’s philosophy work. Each level I remembered more and more of the characters, yet I didn’t feel like I was in class. I was just enjoying those kawaii Kana block faces, and the gorgeous pixel backgrounds.

While no firm release date exists yet, Theodor is hopeful of a Q1 2020 launch, on iOS, Android, and Steam.