It’s been a bit since the Minecraft Dungeons gameplay reveal at E3 back in June, but now we have a closer look. The upcoming new game in the franchise that’s sold more than 100 million copies, Minecraft Dungeons, was available at PAX Australia 2019 and we got a generous look.

Minecraft Dungeons was a big part of Microsoft’s showcasing on the PAX floor which helped to make the hype all that more worthwhile. For those not familiar with what the game is, it’s easily described as a top down view dungeon crawler, with the Minecraft world and flair. You’ll be fighting your typical skeletons, zombies and other mobs already found in the gaming giant, but with a big focus on combat and even some story telling.

This new foray for the IP may easily be comparable to Diablo. Yes, that may be true, but when Checkpoint got the chance to interview the senior producer of the game, Nathan, promises were assured there will be so much more.

One of the key parts taken away from the interview was that, in Minecraft Dungeons, “you are what you wear.” What this means is that in the game, there are no classes. Instead, there’s a big focus on the abilities and enchanted items you pick up. These could be ones that help to heal other players, make your player more tanky and so on. Whether you’re playing solo or a full squad of four, you can change your character set up on the fly to suit you. 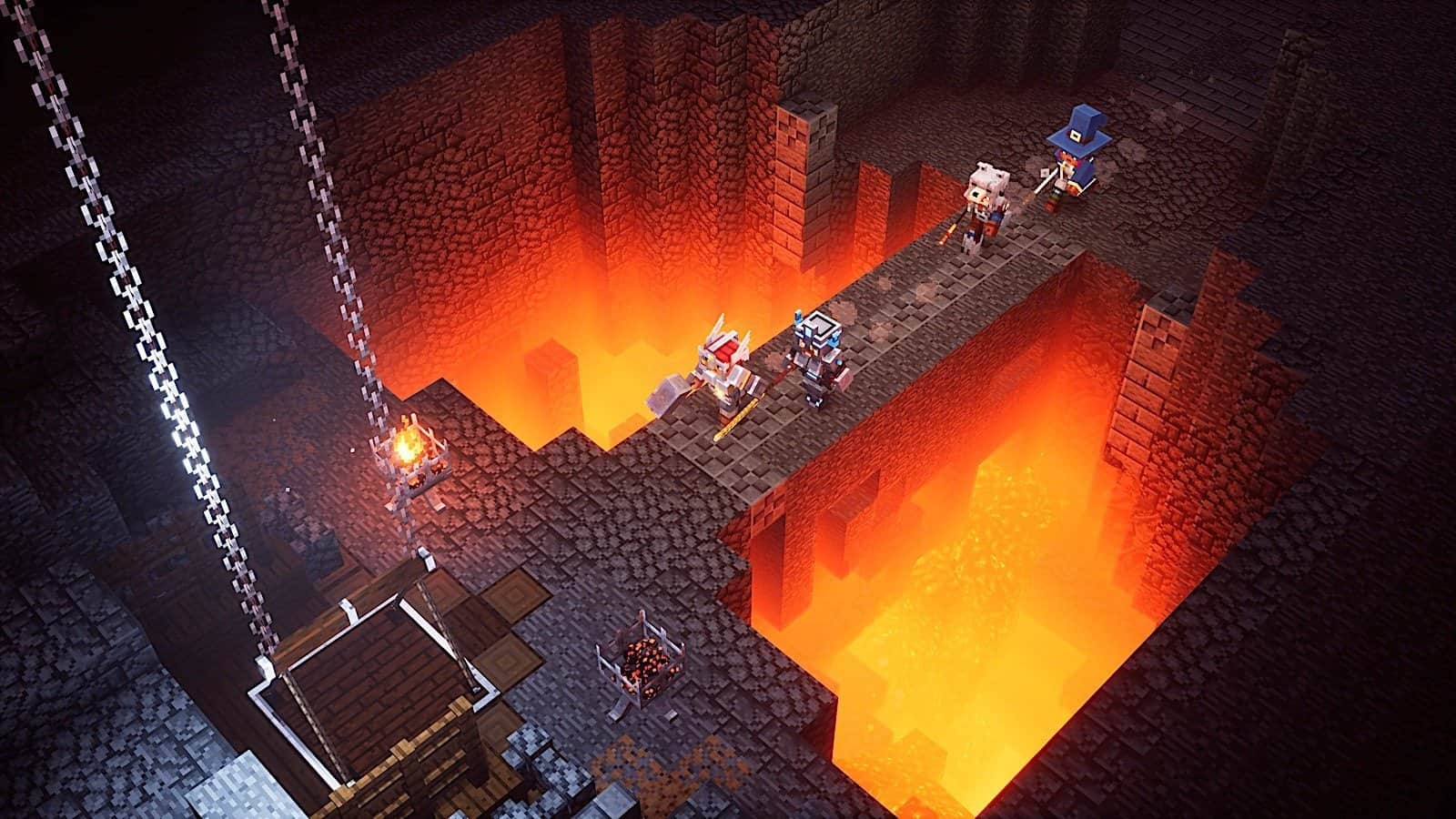 Getting to play the game on the show floor made this important element almost instantly clear and realised. I saw other players sporting these very abilities. Of course, communication on a floor as giant as PAX is tricky, but I can only imagine when playing privately with your friends this will play out in a fun way. For Minecraft fans and newcomers alike, it really looks like Mojang and Microsoft are putting their best foot forward here. Combat is fast paced and you’re exploring a world that is familiar to many but also refreshed.

Curious fans can get a closer look into the game by listening to our podcast interview with Nathan from the Minecraft Dungeons team. There’s a lot to be keen about in that interview too. Some things discussed are the balance of accessibility for seasoned RPG players and newcomers, new bosses or even an animated, moving piggy bank that you must chase for that sweet loot. Something for everyone.