Negative Nancy was easily my favourite game at PAX this year. Part of the appeal was its presentation: instead of a keyboard, I saw a big red button labeled “No” in front of the monitor.

The game plays out as a series of 1-on-1 conversations. As the player, you can do one of two things after each response: say “no”, or say nothing. That’s it, that’s the whole game. No other game at PAX made me laugh so hard. 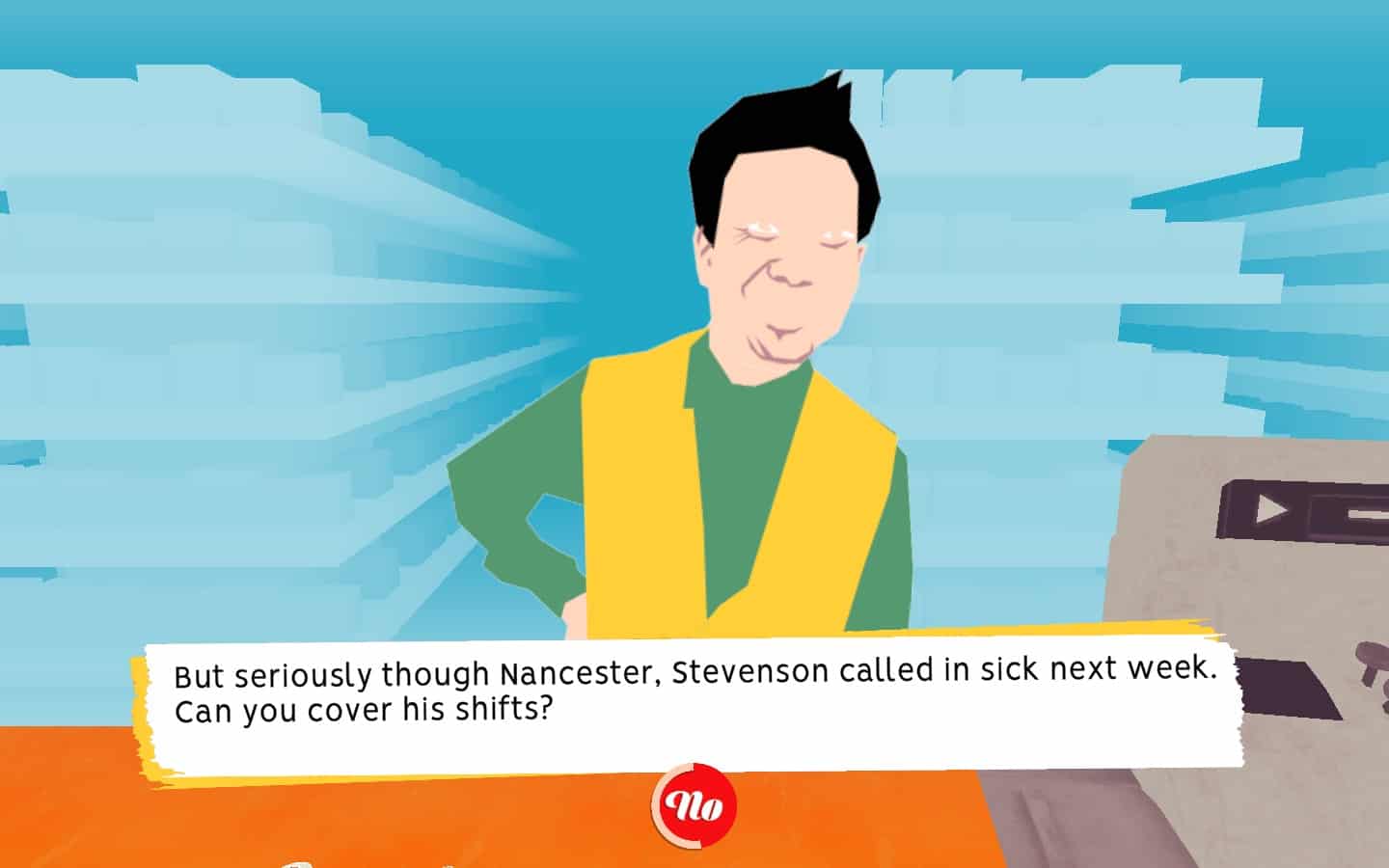 Developed by Melbourne-based studio FEED Games, Negative Nancy was developed as part of the GMTK Game Jam in August this year, in which the theme was ‘only one’. I had a chance to chat with Ned Kirner, the narrative designer and writer of the game.

While not a full-time member of the team, Kirner collaborated with FEED during the game jam. “I just came in and hung out with them. We made it in 48 hours, so it’s a little rough around the edges. I was lucky that the guys [FEED] were interested in exploring dialogue systems, because I feel like dialogue systems are really underexplored in games. It’s like we’ve been using the same ones for 20 years.” 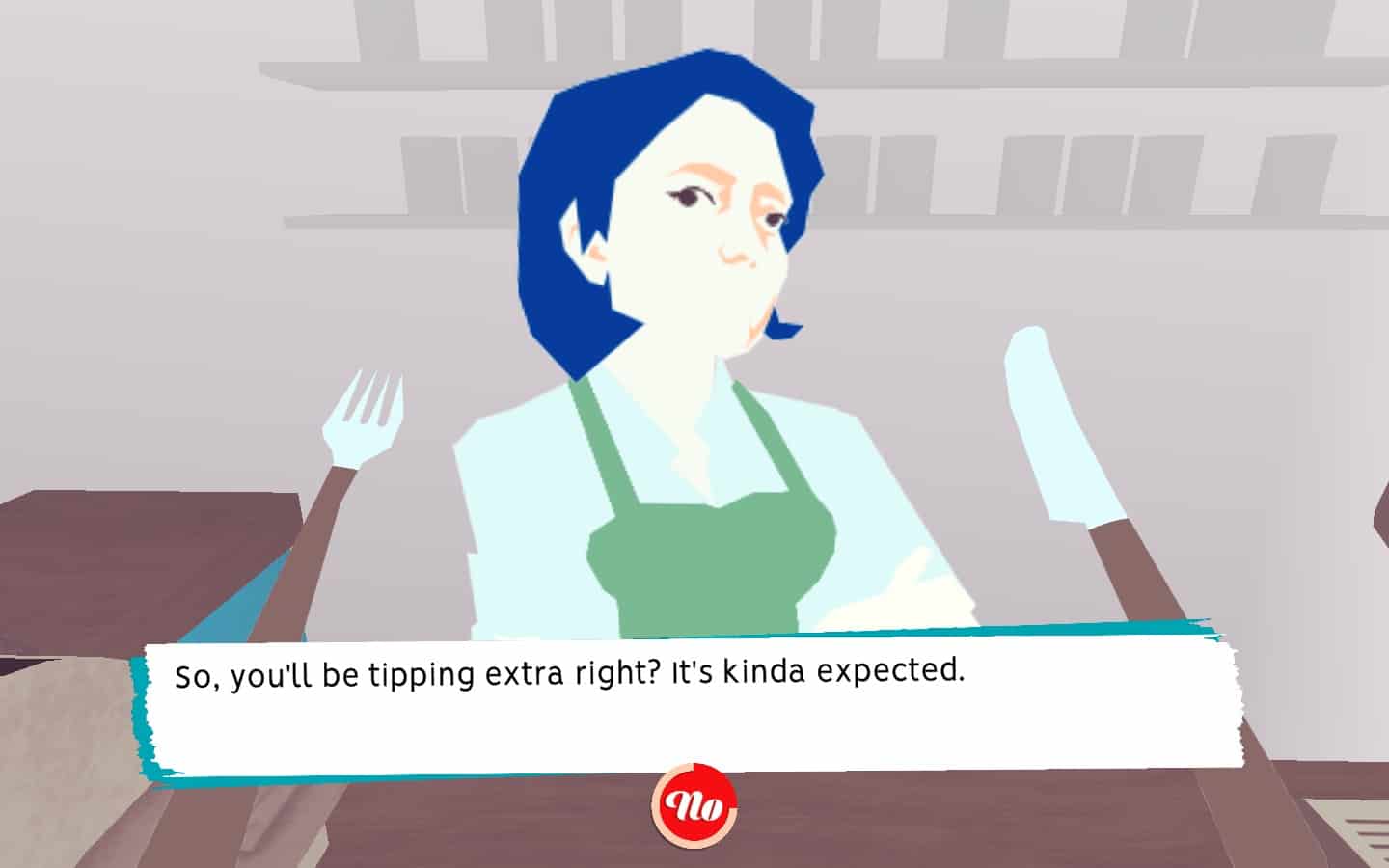 And thus came the idea for a game that revolves entirely around a dialogue system; a system in which you can only say one thing. However, even with just one thing to say, the game sprawls into several possible story outcomes – all of them hilarious.

“I think there’s about nine endings currently.” said Kirner. “I did another 10 hours or so of writing after the game jam.”

You can play Negative Nancy in its entirety on itch.io right now. While there is currently no plans for a wider, more polished release, Kirner says he would like to expand it at some stage.

“It’s been funny; we’ve found that a lot of Mum’s really like it. It guess it’s a social power fantasy, right? How do you reach Mum’s? They’re not on Steam or Itch! Maybe mobile? Who knows?”