While I love horror in theory, I don’t have the stomach for a lot of blood and gore. That’s why I have a such a soft spot for ones that go for the ‘lo-fi’ look, which this 2D side-scrolling point-and-click horror uses to both beautiful and disturbing effect. The Rewinder caught my eye right away at PAX Aus 2019’s indie area, purely due to the promise of pixelated spooks. The pixel art style reminds me of games like the classic Clock Tower series, where environments are detailed and yet vague in places to create that feeling that something’s not quite right.

Not much is explained in the demo, but that’s the way I like it. It covers the opening puzzles of the game, in which an agent from the underworld is sent to an abandoned village high in the Chinese mountains to recover the lost spirits there. As the agent, you explore the first few areas of the village and begin to unravel what happened to its inhabitants.

The gameplay follows the tried-and-true point and click mechanic with nothing too out of the ordinary. You can store items to use in puzzles, but also clues that will help you reveal the truth of the village and the spirits who linger there. There’s a touch of time travel too, in which the agent can visit the past and make some small change that affects the present. I had a blast playing the demo, and I can’t wait to see more. 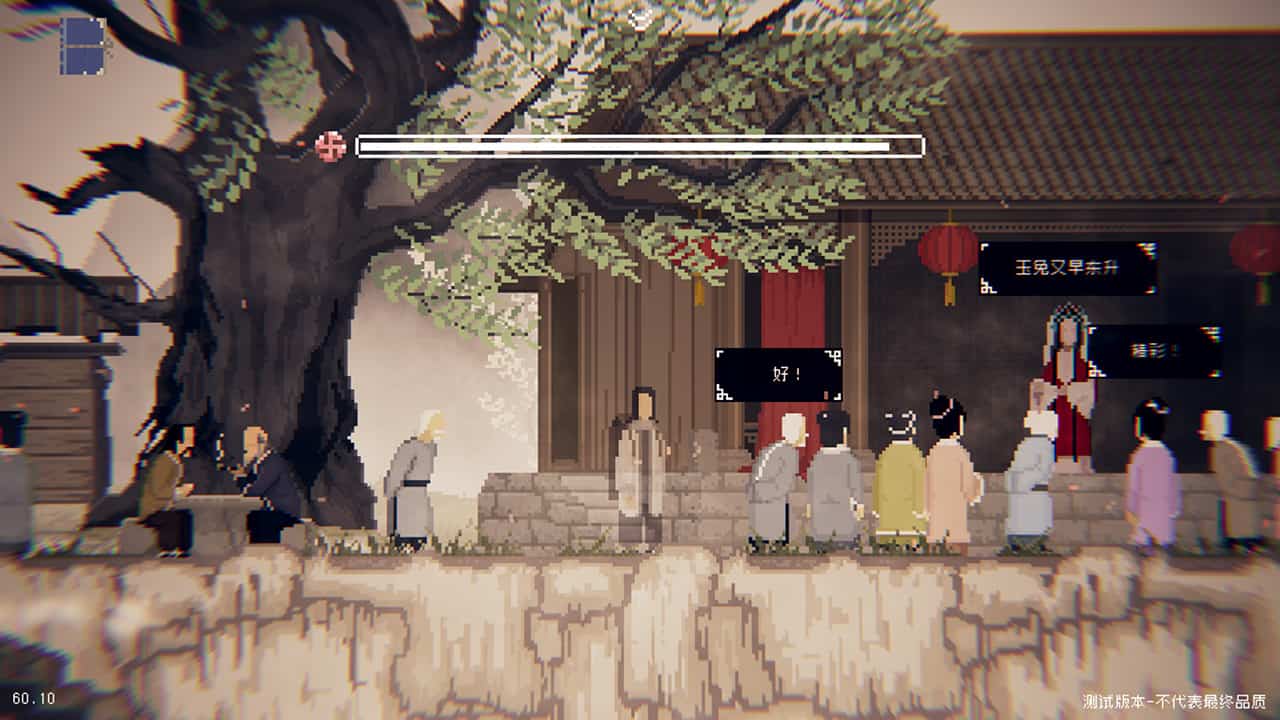 The game is heavily inspired by Chinese mythology and folklore, that much is obvious. I’ve played a lot of similar games inspired by Japanese or Korean lore, but this my first time seeing a game so distinctly Chinese. I particularly loved the traditional Chinese designs that appear throughout it, from the mysterious glyph at the outskirts of the village to the geometric decorations inside the dialogue boxes.

It’s not full of scares, but it does lay on the chilling atmosphere. The blank, empty faces do more for me than any jump-scare ever could. The blend of mystery and atmosphere makes my favorite kind of horror game, which is why it’s my favorite indie pick of PAX Aus 2019. If you’re a fan of pixel horror games, remember to check out The Rewinder when it comes out some time next year.