PAX Aus has recently winded down for another year but that doesn’t mean it won’t stay with some of us. For me, a big stand out of the show was the indies on display for the weekend. One in particular I’m excited for is This Starry Void.

Situated among the crowd of a generally solid PAX Rising area was this neat little indie game. This Starry Void is best described as “a science-fiction RPG in the vein in the of old-school dungeon crawlers.” You control a robot known as the Remote Excursion Device (or RED-1), doing your best to uncover some strange happenings on an abandoned spacecraft.

Playing the game feels great. As you’re exploring the spacecraft, searching bodies and fighting off alien insects with your buzz-saw and other weaponry, you’ll be playing in first person. It’s an interesting and unique perspective too when you consider it. Your movement is tile based, à la games like Crypt of the Necrodancer and tactic games. Surprisingly, this FPS perspective and movement meshes so well, more than it has any right to. I found myself experiencing a nice rhythm with the game too, mowing down the creepy critters to a soundtrack that varied from some nice eery ambience to classical music. 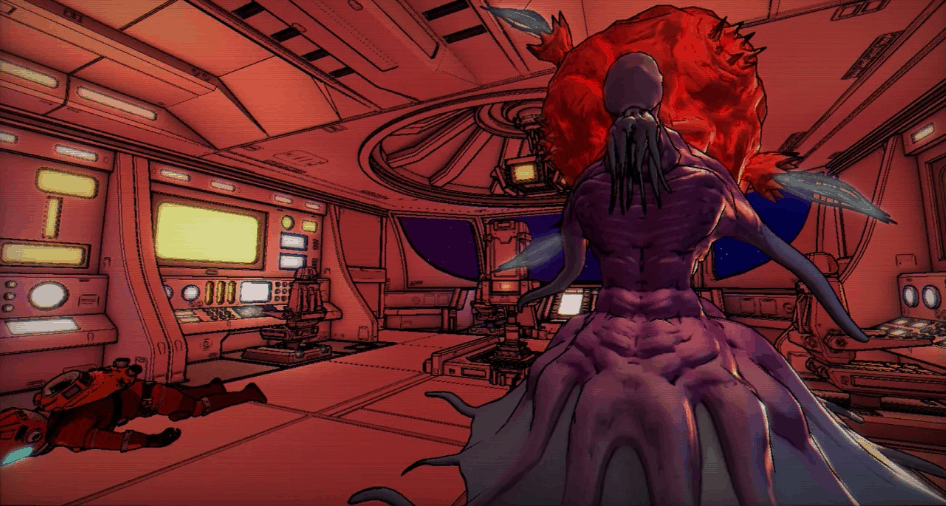 One of the team members manning the booth was Evan of Chironex Studios, the development team behind the game. He was chatting very excitedly with me about the game, and with good reason. This Starry Void explores some interesting ideas about intelligence, autonomy,and what is and isn’t real. You know, all the good stuff.

Even going off the demo, I could tell what I got to experience doesn’t even scratch the surface. There’s your typical dungeon crawler elements: you get key items to unlock areas and progress further, and upgrades for your cute little bot are present too. All this is expected and welcome. However, without spoiling too much, the demo’s ending revealed something that just had me itching to find out more. 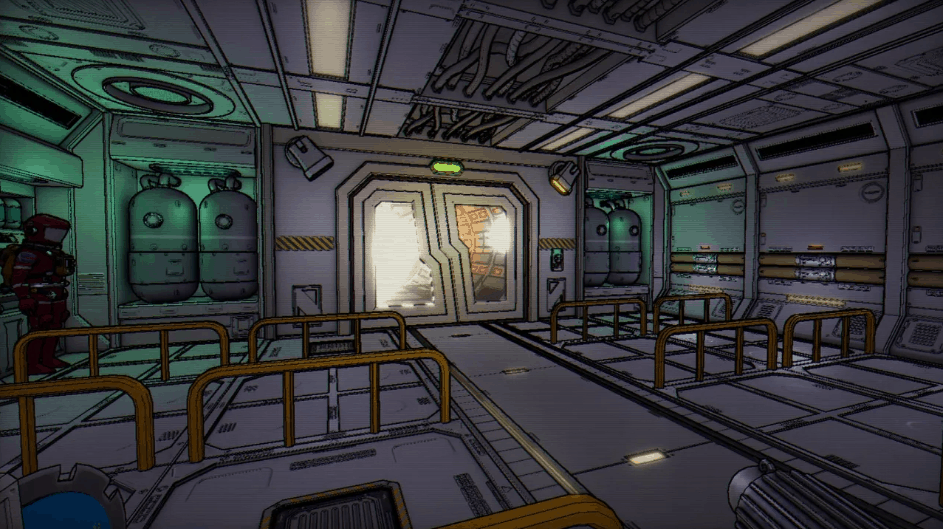 Another notable part of the game is its art style. It has a “Graphic Novel” art style, not dissimilar to games like Void Bastards from earlier this year. I brought this up with Evan and he laughed. This Starry Void had been in development for some time before he was made aware of this similar title. He mentioned how he even reached out to the developers of Void Bastards and was pleased (and relieved) that he got the friendly go ahead.

Smiles were shared all around the booth for This Starry Void. Fittingly so, too. It looks to be an interesting entry to the dungeon crawler genre, set to fit comfortably amongst the crowd of the genre’s greats. It’s incredibly cool to see this kind of art coming out of our country too, with the development team situated in Melbourne’s Arcade. It also quickly became my favourite game on the show floor at PAX.

This Starry Void releases sometime in 2020 for Windows, Mac and Linux, with other platforms to be determined. Those keen for more information on the game can visit the developer’s website.