I have something embarrassing to admit about my time at the Unpacking booth. I fully zen’d out while playing it.

It was close to the end of the second – and busiest – day of PAX. Playing the demo, there was one particular in-game utensil I didn’t know where to place. It was definitely something I have in my IRL house, but I had trouble remembering what it did.

In this particular level, three rooms were available to me: a bedroom, bathroom and kitchen. Each room contained its own set of cardboard boxes, and I took things out and placed them around the rooms to my liking. But much like unpacking in real life, the contents of one box don’t necessarily belong in the same room.

I put everything else in an appropriate place. Cutlery went in drawers, books went on shelves. and toilet paper rolls were haphazardly stacked on the floor. But this one device still got a soft red outline whenever I put it down. It wasn’t a harsh outline; the game wasn’t saying you have failed, more ooh, that might not be the best place for it. It encouraged me to keep trying.

Eventually, one of the devs politely reminded me that potato peelers don’t normally go under the bathroom sink.

It took me over 30 minutes to complete the demo. I completely lost track of the time. Unpacking is designed to be a relaxing game, and that’s exactly what happened to me. I zoned out and let the magic of unpacking boxes and creating a home take me over. 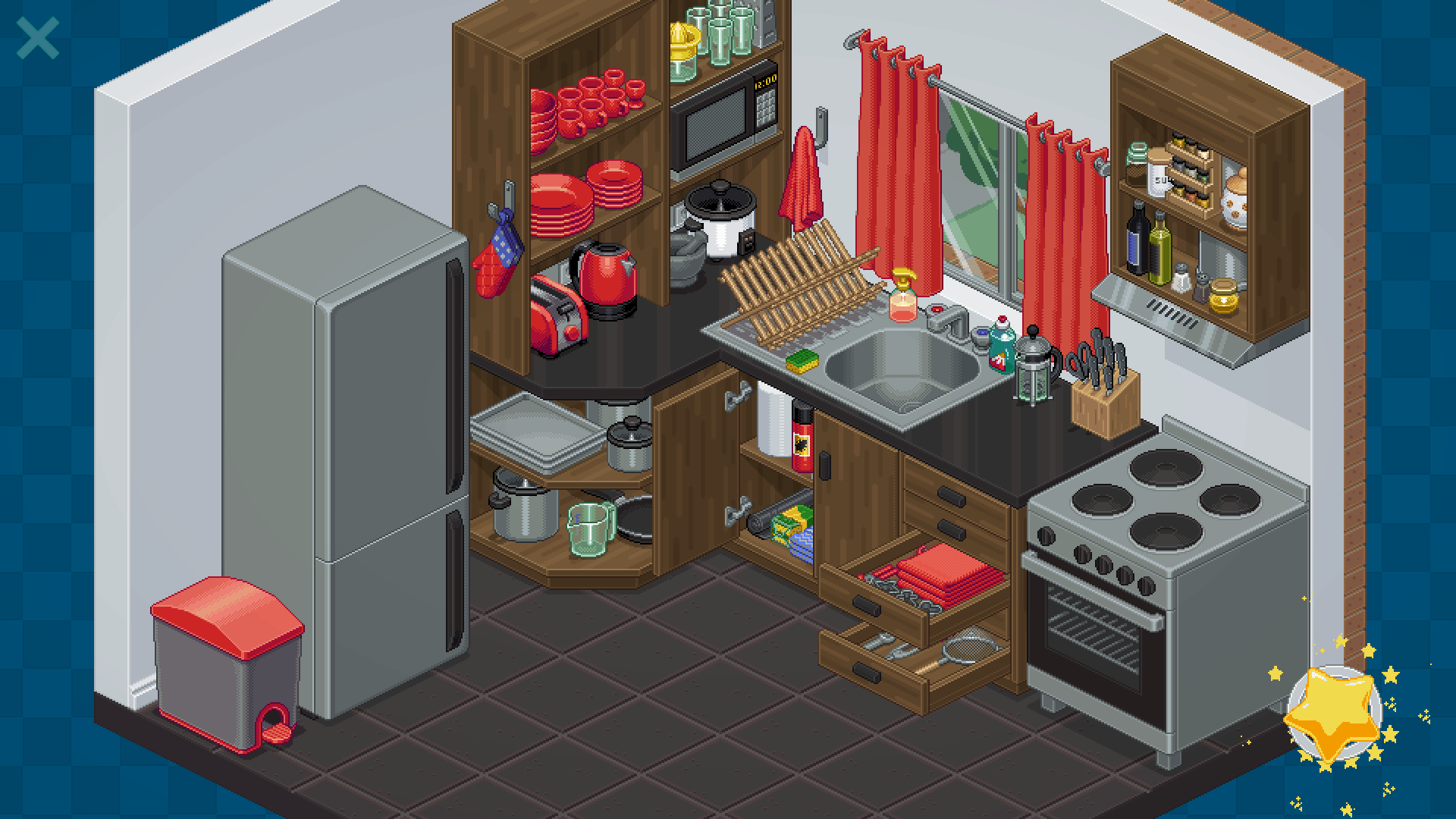 “It all started with my partner moving in with me,” said Wren, the co-designer and art director of Unpacking. “We’re both game developers, and we were looking at his stuff in the process of unpacking, and I went, we could make a game about this! You’re collecting sets, and you’re bringing order to chaos, which is something you do in a lot of games.”

Indeed, while the levels I played did not have any mission objectives or time limits, there was a clear sense of progression. After emptying a box, it automatically folds itself up and pops out of existence with a satisfying woosh, leaving you to open the boxes underneath.

There was an understated narrative to the levels I played: in the first, I organised the bedroom of a preteen girl; in the second, I organised a house, but with some of the same toys as the previous level. There wasn’t any text or cut-scenes, the entire story could be gleaned by the items you place around the room. 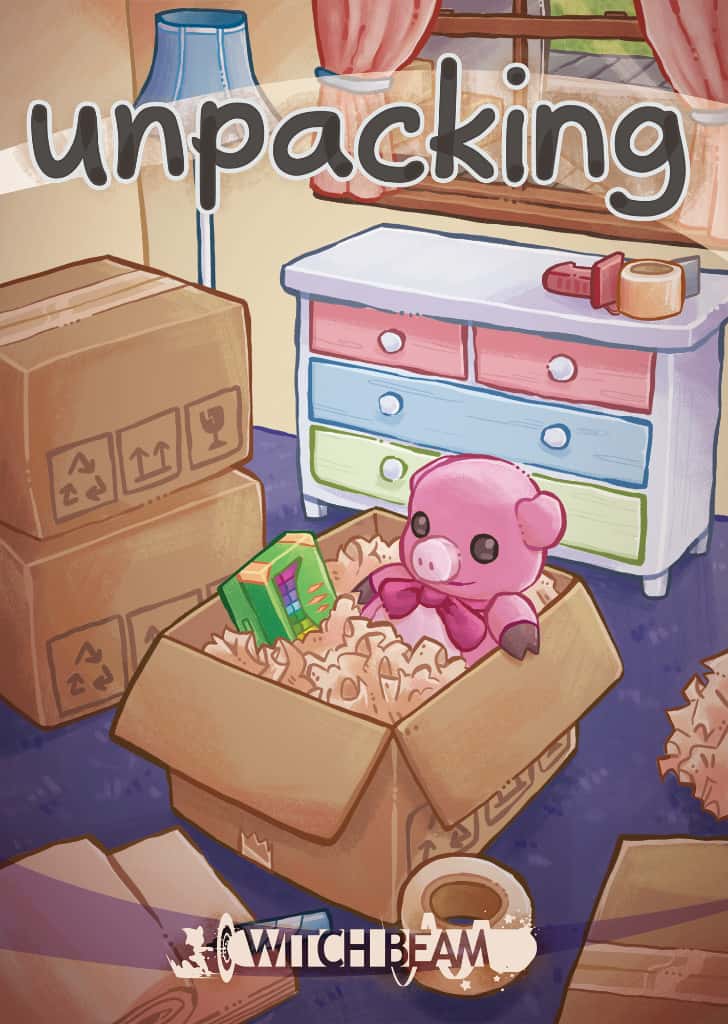 “We decided against a branching narrative,” continued Wren, “because we liked there not being consequences to what you do. You don’t have to have FOMO or anything. You only have control within each level.”

There seems to be a careful balance between structuring the game, while still giving the player freedom. Just look at my potato peeler debacle. I had so much freedom in where I could put it down, despite needing to put it in a realistic place. Deciding whether the CPU goes to the left or right of the monitor is a small decision that makes a big difference. According to Wren, this was a deliberate choice during development.

“Initially we saw this a lot more as a puzzle game, and pretty quickly we realised the puzzle aspect was less important than the zen aspect – the self-expression aspect. We want players to be able to enjoy the space and feel like it belongs to them, more than it’s important to us that the puzzle is difficult.”

Unpacking is still in development, but developer Witch Beam are planning on a late 2020 release. It will be available on PC, Mac and Linux.