Completing the migration of Bungie’s original Halo games to the PC, Halo: Reach has finally made it to Steam 9 years after its original Xbox 360 release. Coming bundled with many graphical options and other PC-exclusive features, Halo: Reach on PC feels like the definitive version of the game. The port has certainly brought a lot of attention back to this darkhorse entry in the Halo franchise. While some of its gameplay features certainly feel somewhat dated nowadays, it is kind of fascinating to return to a shooter from a bygone age, which still manages to hold up quite well.

Now, while I played the first two Halo games on the original Xbox back in the day, I never got around to playing Halo: Reach’s campaign first-hand. As the gritty, sort of standalone prequel to Master Chief’s adventures, it serves as a fairly good way of jumping back into the franchise if you’re a lapsed fan like I was. The game takes place on the eponymous human colony of Reach, as a team of Spartan soldiers fight to prevent a Covenant invasion. Its tone is quite a bit darker than most of the other Halo titles, with an overall air of hopelessness and futility, even when mowing down waves of Covenant troops.

Halo: Reach was kind of an oddball, gameplay-wise, among the Xbox 360-era entries. Your health does not recharge, only your shields. Furthermore, there is no dual-wielding, or even aiming down iron-sights. Training myself to shoot from the hip rather than holding a mouse button to aim was definitely something I had to consciously un-learn for Halo: Reach. While first person shooting is always going to feel more responsive with a mouse to aim, I found myself reaching for my plug-in controller when it came to driving sections. 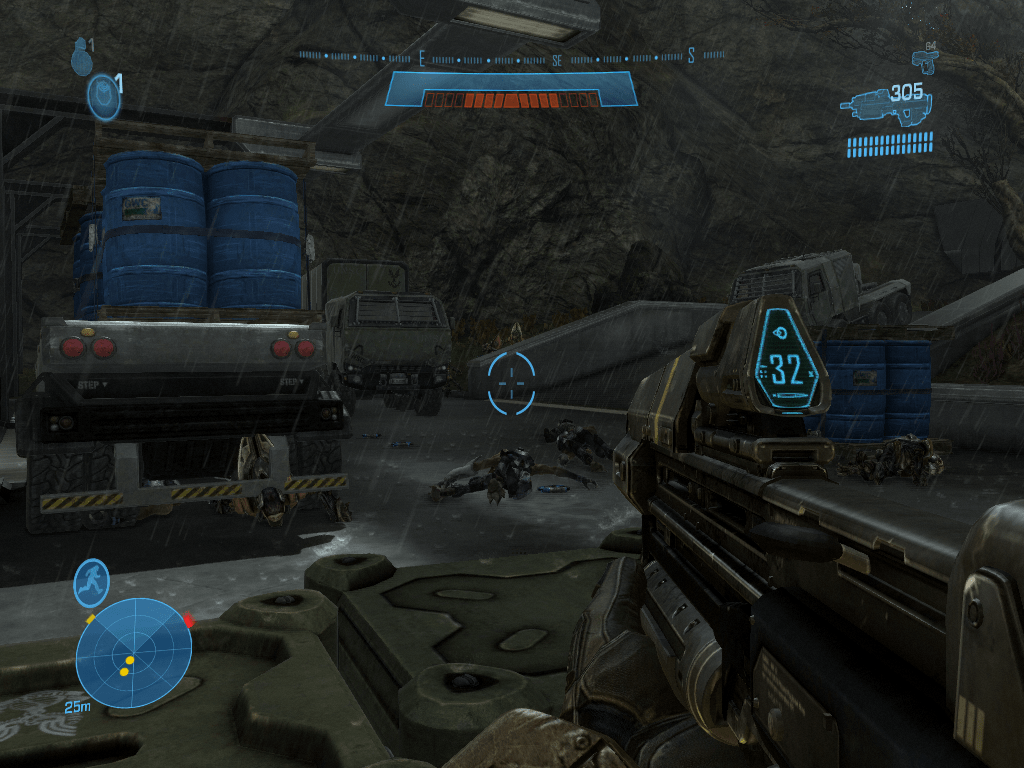 Another unique feature in Reach is the Armor Abilities, which let you trade out certain abilities. These include Active Camouflage, Sprint and a Jetpack. While the system was supposed to add some customisation and variety, not all of the skills are as useful as each other. While I would occasionally pick up one of the shield or camouflage abilities for a bit, they were never good enough for me to deprive myself of a sprint button.

As for the quality of the port itself, Halo: Reach on PC is quite impressive. Even on my not-very-modern PC, it ran very well, with minimal load times. There are also a fairly robust set of graphical options and a 60fps limit for those looking to exceed the original experience. As someone who usually uses subtitles in games, I did find it annoying that subtitles only appeared in some scenes, and not during gameplay 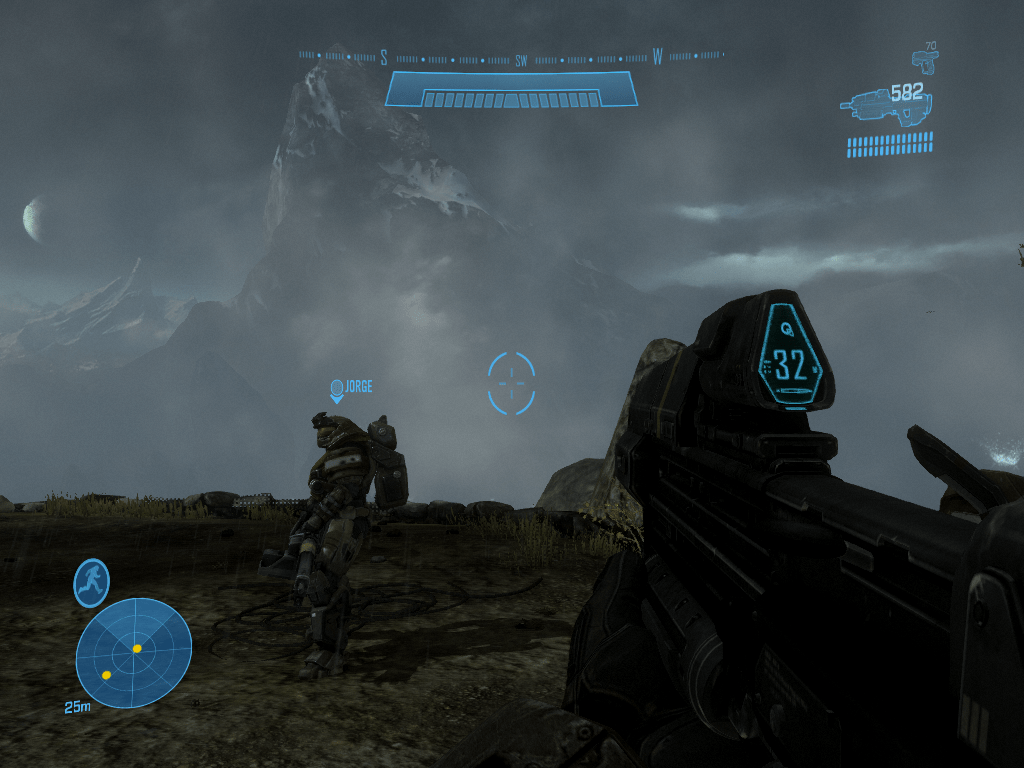 Did I mention that there are also mods now? Because even after only a week or so after release, you can bet there are mods now! Most of them are general texture alterations and gameplay tweaks so far. However, some more impressive stuff, like Halo: Reach Evolved, is currently in the works. Someone also released a mod that replaces the main menu with actor Tim Allen’s face. I am still trying to wrap my head around that one.

As it stands, Halo: Reach on Steam is easily the best version of the game to date. Some of its gameplay features do make it a bit odd to return to in 2019. However, its dark and compelling narrative is as effecting now as I am sure it was back in 2010. Plus, with the increased resolution options available, it is easy to forget how long ago Halo: Reach was originally released. Whether you want to return to a game you loved back in the day, or are looking for an entry point into the Halo universe, this new port is an excellent way to experience the game. Y’know, at least until Microsoft ports it to the Switch or something.