Naraka: Bladepoint is a fresh take on competitive online games

Naraka: Bladepoint is one of many interesting reveals of The Game Awards 2019. The melee-action game is a ninja haven of multiplayer slashing mayhem.

The online-combat game is designed to be set apart from current action games. It promises a “boundless movement system” utilising wall-running, parkour, and a grappling hook. The trailer showcases the quite fluid movement of the gameplay with characters running across several buildings and using verticality to their advantage.

Despite seemingly being full of armoured samurai, “Naraka” refers to Sanskrit, the language of Hinduism, Buddhism, and Jainism. It means a place of torment or “Hell”. This may potentially place the game inside a representation of hell or purgatory that our warriors must fight to each other to escape victorious.

The competitive edge of Naraka: Bladepoint is exciting many. The “sophisticated combat system involving block and parry mechanics” looks to be an interesting take on online action games. It reads and looks similar to the epic battles of For Honor, which went free to play not long ago. The combat does, however, look much faster and complex which may sit this upcoming samurai-dream a step above. 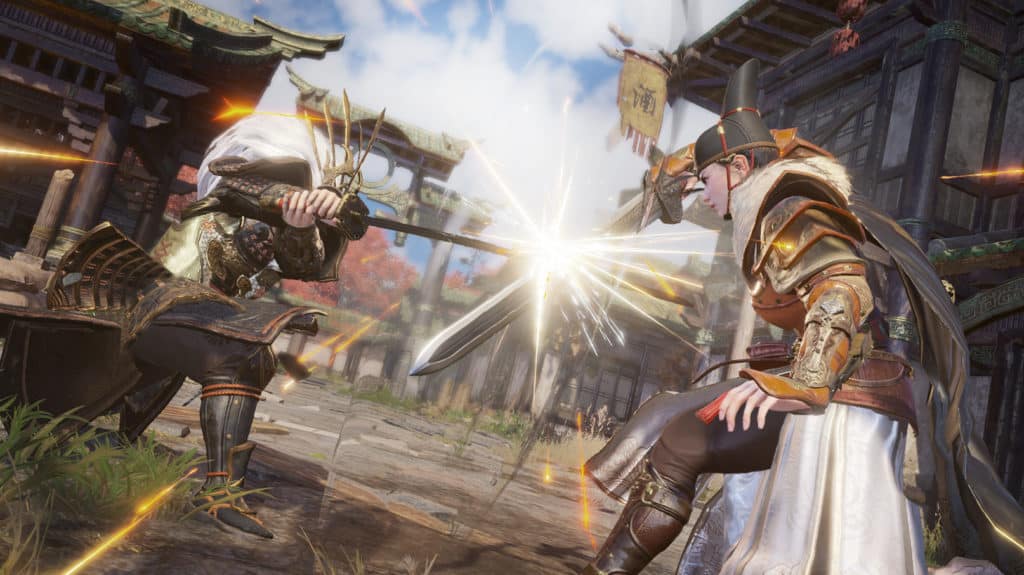 NetEase Games is publishing while 24 Entertainment is developing Naraka: Bladepoint. NetEase is known for their incredibly successful mobile games in the Chinese market. Daisangokushi, Knives Out (not related to the recent film), and Crusaders of Light are just some of their extensive list of titles. 24 Entertainment is debuting with Naraka: Bladepoint as their first full release.

A producer from 24 Entertainment that goes by Ray explains, “players will feel every attack and utilise everything in their skillset and armoury to achieve victory… Our teams have created something visually stunning and instantly appealing to fans of multiplayer online combat, and we can’t wait to share more details on Naraka: Bladepoint in early in 2020.“

Where cold steel collides and blood runs dry, Souls BLOSSOM.
Tune in for the World Premiere at #TheGameAwards to witness the Soulbloom in #NARAKATHEGAME pic.twitter.com/NtaX3fE2O4

The announcement follows a previous tease from Geoff Keighly. Earlier in the week, the TGA19 showrunner shared a red flower and a small description setting the tone of the game. The art style is certainly unique and continues to make the action game look better and better.

Warriors who are keen on getting into Narak: Bladepoint can sign up for the game’s Forerunner list. Similar to a VIP, pre-release email list, Forerunners can gain extra in-game points and redeem exclusive rewards to set them apart.

This was one of many surprising announcements of The Game Awards 2019. Keep an eye on our website and social media to see all the news and reveals of the last week.