Spellbreak, a spell slinging battle royale is coming to PS4

Spellbreak by developer Proletariat Inc, is giving the battle royale genre a new twist by throwing away the guns and firmly rooting itself in medieval fantasy.

Though this doesn’t just mean fighting with swords and shields, as Spellbreak takes a more magical direction. Players take on the role of magic users known as battlemages, throwing spells left and right and even combining spells to create alternate effects. It’s going to take a lot to stand out among the battle royale crowd nowadays, but with the fantastical twist Spellbreak is taking, it has a good chance.

The spells used in the game are elemental. Players can cast fire, lightning balls and sometimes even throw giant boulders at each other. Spells also have abilities useful for traversal, there’s a bit in the trailer where a witch uses ice to cover the ground and slides across it. The battle system is designed to be frantic. Players need to dodge attacks from players and move through the map fluidly.

This is where some of the movement abilities like a hover or long-jump come in handy. Watching the trailer for the closed beta makes it clear that the hover is a big part of the gameplay, so much of the fighting seems to take place in the air. Though going for a punchier gameplay style means that matches are generally shorter than most other battle royale games on the market today, only ever being around 15 minutes long. 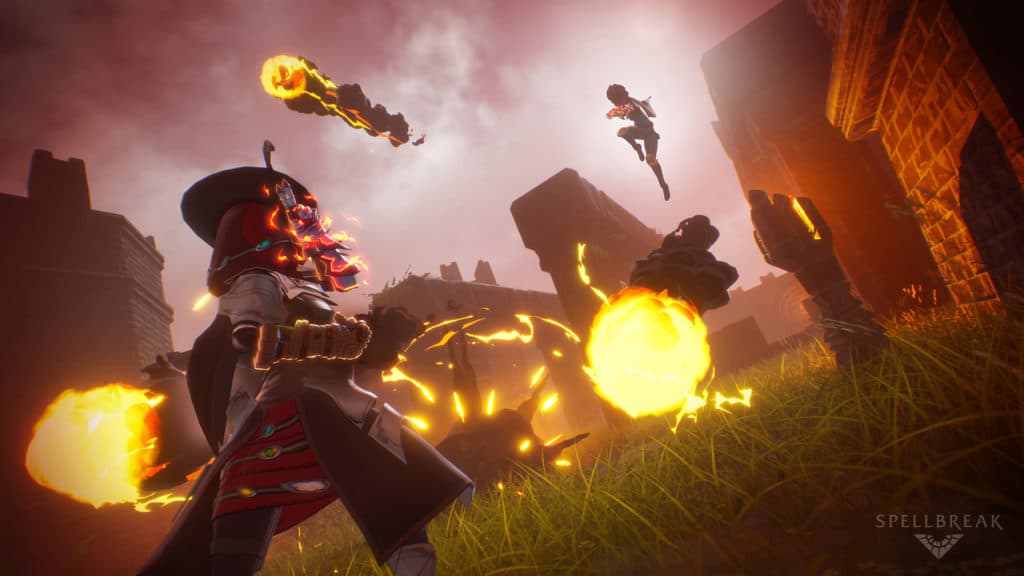 Spellbreak’s alpha launched on PC as an Epic Store exclusive earlier this year and the beta for Spellbreak is set to hit PS4 in mid 2020. Anyone interested in getting the game can grab a Founder Pack for either PC or PS4 that will provide players with entrance to the closed beta, along with a bunch of bonus content for the full release when it comes.

Pack prices range from $49.99 – $119.99 USD. For further information on the release of the beta, keep an eye on the Spellbreak website here.