It Is Nice When It Snows Kickstarter campaign announced

Spanish developers Concano Games have kicked off the year with a campaign to fund their puzzle-platformer It Is Nice When It Snows.

With an eery and whimsical tone, the game revolves around a snowman torn apart by magic. Taking control of the broken snowman, players will gather snow by rolling snowballs around and use their shifting size to solve puzzles. Various abilities can be unlocked involving the snowman’s lost clothes, such as a grappling scarf and a flying hat.

At a glance, It Is Nice When It Snows charms with its spooky hand-drawn artstyle and quirky fantastical story. The project promises to deliver five magical worlds of haunting snowscapes to traverse, including creepy forests and filthy cities. With design inspiration from Tim Burton films and indie darlings like Little Nightmares, the whole package oozes malignant whimsy. The developers stated on the campaign that “our goal is to create a magical world that evokes a fairy tale feeling while not forgetting the sinister aspect of that same magical world.”

Through Kickstarter, Concano Games are hoping to raise just over $40,000 AUD before February 4th in order to fund their next 6 months of development time. They aim to hire more artists and a designer to help them achieve their stretch goals, which currently include:

Rewards for backers include the usual credit inclusions and copies of the game at the lower tiers. Higher donations enshrine backers as frozen statues in-game. Composer Pablo Gregar’s soundtrack will also be available as a digital download. 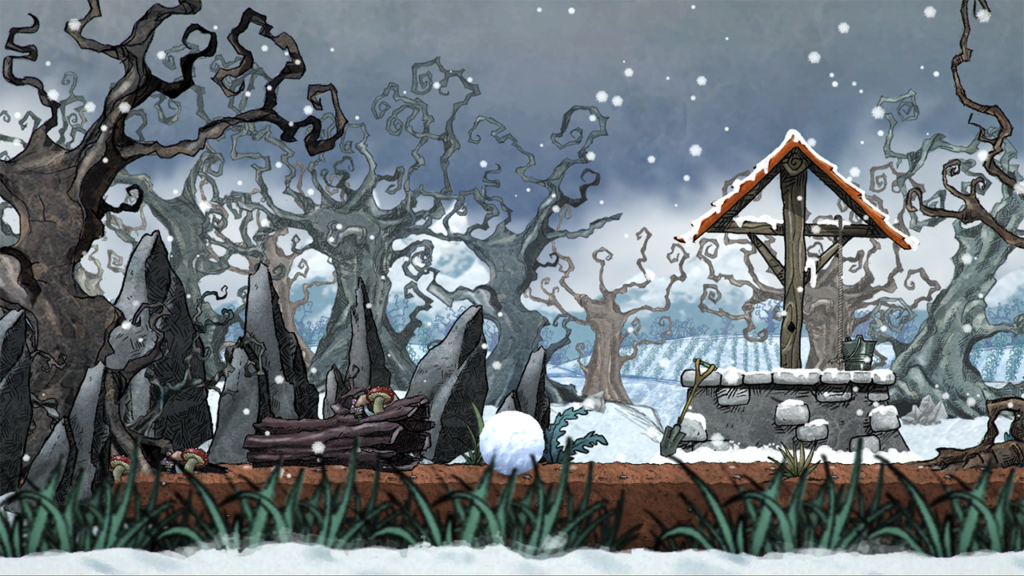 It Is Nice When It Snows is the first original title from Concano Games, who have previously been outsourced talent for third-party developers. With two weeks left to go of their campaign, they are updating with new incentives and stretch goals regularly. You can check our their Kickstarter page here.