This past decade has seen many new innovations in the field of video games. Perhaps the most contentious is the emergence of the “walking simulator” genre. Some regard the classification as a black stain, marking out non-games. Others see it as a new pioneer, defying the conventional demarcations and creating a new narrative experience. What is clear though, is the new genre has raised questions of gameplay vs. experience. Can traversing a beautiful world make up for a game lacking in challenge? Superliminal, a puzzle game that could very easily be put into the Walking Simulator category, adapts and plays on those known conventions to create its own unique experience.

The game utilises forced perspective, which is as visually arresting as it is difficult to describe in the written word. As treatment for an unspecified mental health condition, you’re undergoing dream therapy, instilling the notion that “perception is reality”. Certain objects can be picked up and, upon releasing them, are projected as far away as the geography allows, altering their size. Drop a doorway onto a table in front of you and it becomes tiny. Hold a small chess pawn in front of a far wall and it will hit the floor with the considerable thud of a life-sized model. It’s an innovative idea to be sure, but one with a flaw.

With a mechanic that radically alters the scale of objects, there must be some restrictions put in place. All things considered, the game is well made with bugs only impacting my gameplay two times. This is a game in which not only objects, but whole environments are subject to scaling, a pretty great achievement.

Here’s the rub though. Superliminal doesn’t really find a proper difficulty middle-ground very often. Most of the puzzles fall on the easy side. We need something to jump on to reach the ledge, and wouldn’t you know it there’s a single scalable box that can be utilised. All the puzzles have one solution, and contain only the components for that solution. Here’s a box, here’s a switch, or the aforementioned single box stepping stone to a higher ledge. Each part does have unique ideas, playing with perspective. But mechanically it feels reminiscent of Mario worlds. Each new area brings interesting tweaks that freshen things up for a bit. But really once you know the new rule, it settles back into being pretty easy. 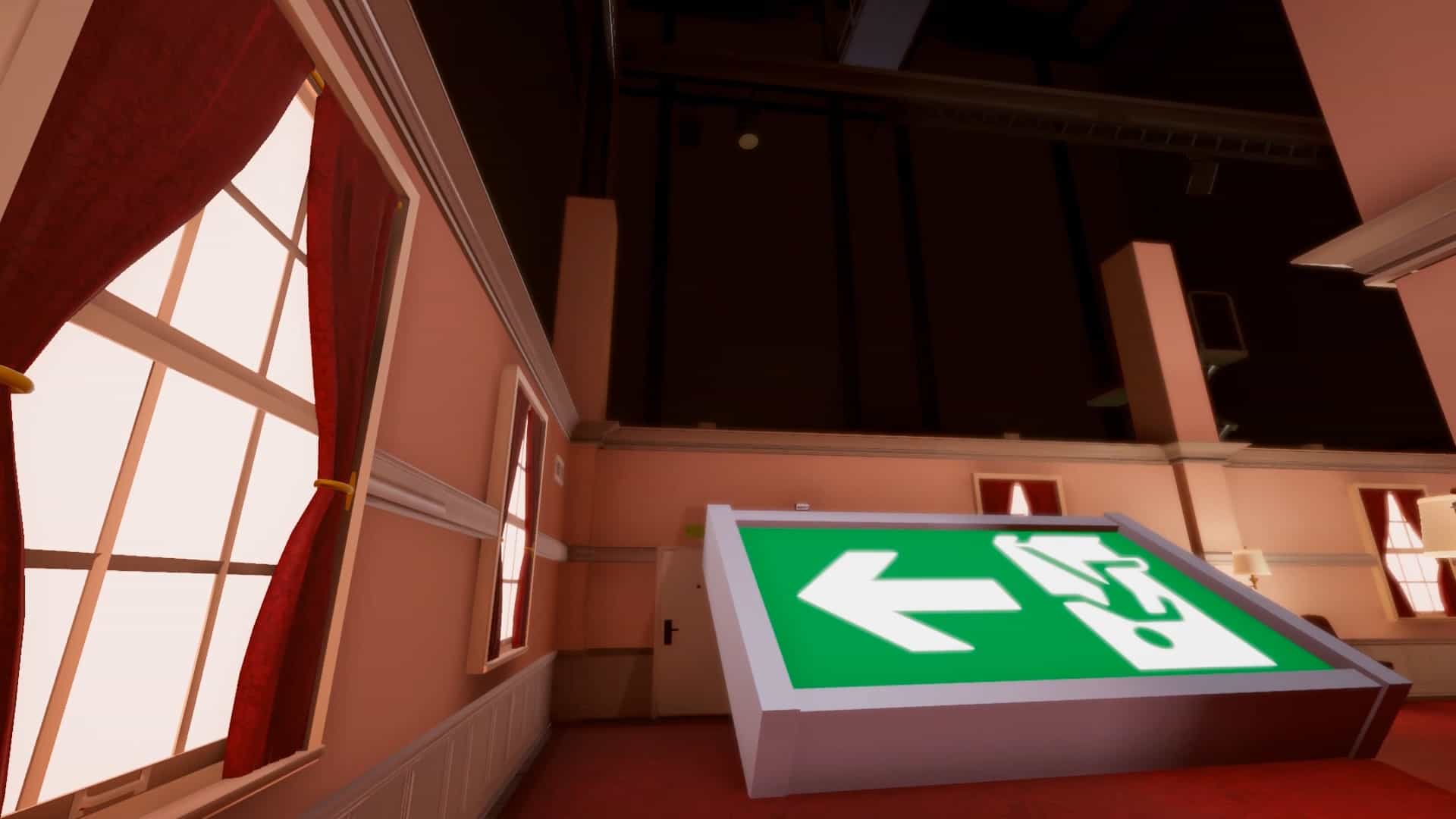 On the other hand, the gameplay occasionally veers into difficulty, but it doesn’t pull it off very well. In one case, the object needed is so different to the expectations set by prior gameplay, that many will stumble despite the previous ease of entry. Another part, later on, let’s just call it the East/West hallway puzzle, was even more baffling. At first glance, and after 10 minutes of continuously roaming through this area, I was convinced that some tragic game-breaking glitch had befallen me. Suffice to say, and consider this a hint, it’s a pretty tough puzzle to figure your way through. It works on logic and mechanics that have yet to be seen in the previous sections of the game and are never seen again. The fact that there are forums aplenty, coaching players through this particular section of the game, is very understandable and telling.

So the game misses the mark somewhat as a puzzler. However, surprisingly enough I generally enjoyed my experience. Yes, there are some criticisms, but those only manage to slightly dull the enthusiasm the game generates from its first run. The visual strike of the gameplay really grabs attention. Like so many surreal puzzlers before it, I am enamoured with the “A-ha! Whoaa!” factor. The thrill of understanding how the puzzle fits together, chased by the vertigo-like awareness of how reality has been altered. The story reaches a conclusion that feels somewhat unearned and a bit hammy, but I’d be lying if I didn’t feel a little wholesome glow all the same.

I think in many ways Superliminal feels like a litmus test of sorts. It’s a beautiful game in its presentation, but those seeking a challenging puzzler will leave underwhelmed. As someone who can appreciate both puzzles and walking sims, Superliminal seems to walk a tightrope between the two. I’m perfectly happy playing through such a beautifully presented walking sim, with occasional surreal puzzles, but I also have to accept the flaws as I see them.