Alienware is powering the Esports Arena in Fortress Melbourne

Alienware is the first major sponsor of Fortress Melbourne, a gaming venue coming to Melbourne in March 2020. Notably, they will be powering the hardware behind the Alienware Arena, a 200-seat arena able to host esport tournaments and streams.

Alienware’s parent company Dell is decking Fortress out. Alongside the Arena, there will be a LAN Lounge with over 150 of Alienware’s Aurora R9 PCs, with liquid cooling and NVIDIA GeForce RTX 2080 and 2070 SUPER GPUs. Hopefully that’s enough to run Torchlight II, the only game I play over LAN. Alienware’s 27” and 34” gaming monitors, RGB keyboards, mice and headsets round out the Lounge’s offerings.

Fortress was originally announced last September. Slated to be the biggest gaming venue in the Southern Hemisphere, it won’t just cater to esports fans. The complex will also have a cocktail bar, a restaurant with tabletop spaces, and private meeting rooms. You can check out all the details on Fortress’ website, including the fact that they’re looking for an Assistant Kitchen Manager. If working a gaming-themed hospitality job sounds like it fits your skills and interests, maybe you could be working at Fortress when it launches. 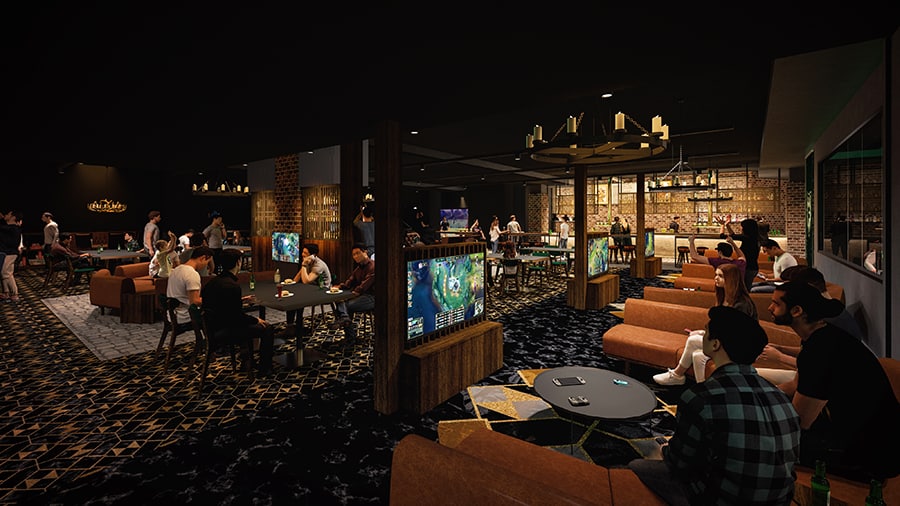 With Dell joining the family, it looks like Fortress Melbourne is aiming to live up to its name. While there is a huge emphasis on the esport scene, there is also room for tabletop players and Torchlight II fans alike.

Will Fortress be able to maintain so many different interest groups under one enormous roof? Or are they spreading themselves too thin? We won’t have to wait long to find out. Fortress Melbourne will open its (I assume extravagant) doors in March.