The first premium DLC for Dead Cells has been released. The expansion, called The Bad Seed, adds a new boss, two new areas, as well as new enemy and weapon types. While the game has been steadily supported by free post-release updates and content, The Bad Seed is Dead Cells’ first piece of paid extra content. The developers have accompanied its release with a beautiful animated trailer.

The new content is primarily built around the early stages of the game. As such, players just starting out in Dead Cells can experience it too. The first new stage, The Dilapidated Arboretum, is accessible from the starting area. It is a lot more open-ended than the other levels, with deadly Venus flytraps allowing the player to bounce high and explore the mushroom-filled bog. In the meantime, mushroom men and turtle enemies with spiked shells will attempt to knock you about.

If you can make it through the Arboretum, then the Morass of the Banished awaits. This area is a network of towers and huts, filled with enemies wielding spears and blowpipes that attack in pairs. In between the huts, giant ticks jump around, attempting to crush you.

Once you have prevailed through the two new areas, The Bad Seed’s new boss monster is revealed. In the Nest lies Mama Tick. Mama Tick spends most of the early stages of the fight underwater, only occasionally surfacing and opening herself up to attacks. With the golden, sickly battlefield of the nest and the beautiful and detailed animations of Mama Tick, there has clearly been a lot of effort put into this new expansion to make it worth the price. 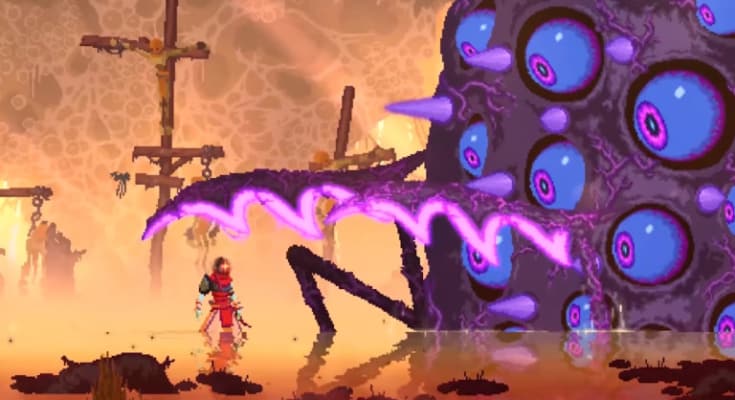 According to developer Motion Twin, the decision to move to paid DLC rather than free was not taken lightly. “We’ve been releasing free updates for Dead Cells for over a year now, this paid DLC is designed to support that effort, allow us to expand the game even more and ensure that Motion Twin have the time they need to make their next game one they’ll be proud of and you’ll be stoked to play,” they write in the DLC’s store description.

“As usual we’re going to do this right, so if you’re not happy with the cost of the DLC, the quality of the update or have suggestions, ideas for other ways of continuing to pay for the team or anything at all, leave us a review, or come and ask us directly via Reddit or Discord.”

Dead Cells: The Bad Seed is available for Xbox One, PC, PS4 and Nintendo Switch for $7.50. If the quality of The Bad Seed is any indication of where Motion Twin is going next with Dead Cells, it looks like we have a lot to look forward to.