Love Pokemon? Love JRPGs? Then you may want to check out Little Town Hero! The game is published by Game Freak, the developers who brought us Pokemon: and this is their first non-Pokemon release in twenty years. The game originally released on Nintendo Switch in October of 2019, but only in digital format. It is now being re-released in physical format for the Switch and PS4. Called the Little Town Hero Big Idea Edition, it includes the physical game, lapel pin set, official soundtrack, poster and art book which is all comes in a collector’s box.

Little Town Hero sees you playing as Axe, a young boy who is itching to get out of his small village so he can go on grand adventures. The only problem is, he and all the town’s inhabitants are forbidden to leave. However, when monsters start attacking his home, Axe experiences the thrill that he’s been pining for and gets to be the hero he has always known he could be.

All the action is contained within the town, which gives Axe the opportunity to team up with those around him to battle the weird and scary monsters that want to take over. Axe is able to fight these monsters due to the power of a mysterious stone that can turn all his ideas into attacks. As you continue to play as the protagonist, you will find out the origins of the stones and how they connect with the monsters you are battling.

Gameplay largely consists of walking around and exploring the small village, where you can learn new attack moves from your neighbours by completing simple side quests.  Battle mode is turn-based, where you need to use the attacks you have available and the stats of the monster you’re fighting to plan their demise. 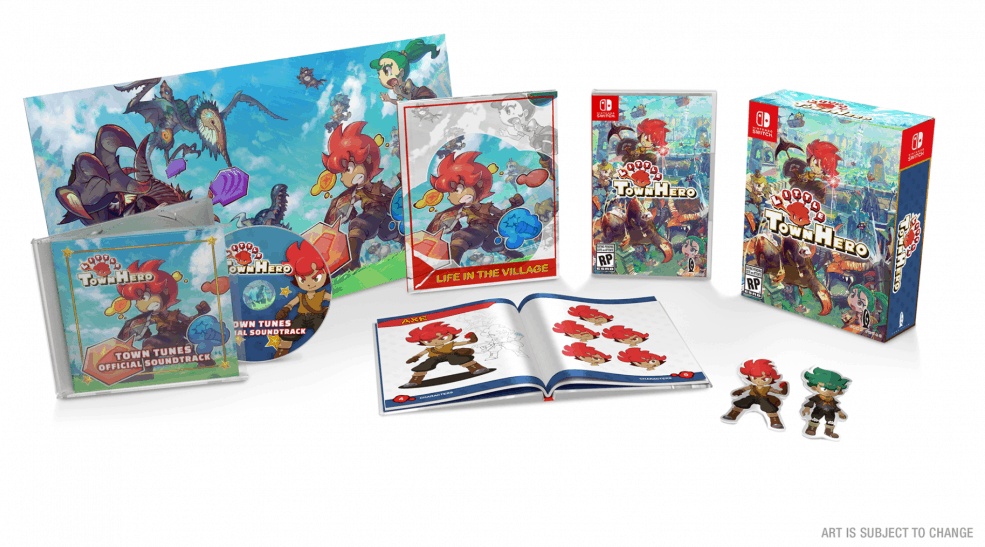 Above is everything that will be included in this new special edition. As mentioned before, a copy of the game’s soundtrack is one of the extras you’ll receive. Little Town Hero’s music was composed by Toby Fox, the wiz kid behind the music for Pokemon Sword and Shield. The music ranges from breezy and atmospheric, to energetic and playful. Fox, who caught GameFreak’s eye when he created and published the very successful Undertale, obviously knows how to combine nostalgic Nintendo beats with his own original touches that really set the tone of the gameplay.

Little Town Hero Big Idea Edition will be released for Nintendo Switch and PS4 on the 12th of June, 2019.