Relive the post-apocalypse with Wasteland Remastered

Before Fallout, there was Wasteland, the post-apocalyptic survival RPG that started it all. While the game has received sequels, modernising many of the original game’s dated gameplay and graphics, the original game still looks and feels like a game made in 1988. InXile Entertainment, and Brisbane-based Krome Studios, have announced Wasteland Remastered, a rehauled version of the 1988 classic with updated visuals and soundtrack, while retaining the original game’s spirit.

Released back when Bob Hawke was Prime Minister, the original Wasteland, developed by Interplay Productions, was enormously influential. Its post-apocalyptic setting and deep gameplay paved the way for the original Fallout, developed by the same developer nine years later. While Wasteland has been preserved on storefronts like GoG, time has not been kind to the game’s visuals. Wasteland Remastered seeks to make the original game more accessible, both in presentation and gameplay.

The user interface and general gameplay seems to be preserved. The text boxes still take up half of the screen, and the world is experienced from a top-down perspective. However, the art and soundtrack have been greatly overhauled. In addition, the developers have fixed some bugs present in the original game, and added controller support. The game’s description also mentions “quality of life improvements that make the post-apocalypse a little friendlier”, but it looks like we will have to wait and find out what those are.

Wasteland Remastered will release for PC and Xbox One on February 26. It can be accessed via Xbox Game Pass, but will also be available on Steam and GoG. Although Wasteland 2 and 3 are available on non-Microsoft platforms, that may not happen with Wasteland Remastered. Microsoft’s purchase of inExile Entertainment in 2018 will likely make the remaster an Xbox and PC exclusive for now. 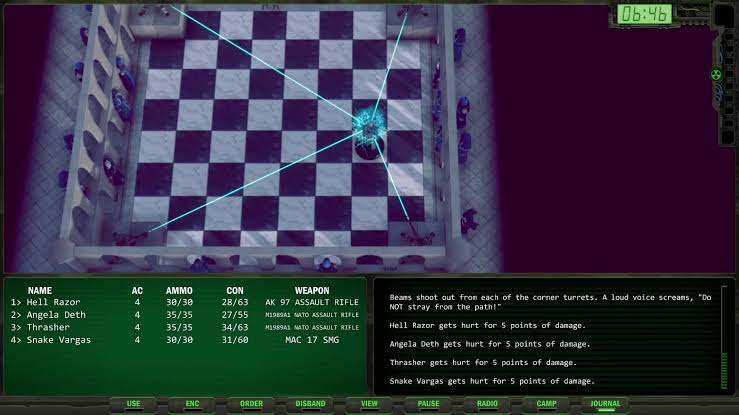 The original Wasteland has always been important as a historical artefact and piece of gaming history. With this remaster, hopefully more gamers will be able to experience where the series started out. The next in the series, Wasteland 3, was originally slated to come out late 2019, but has since been delayed. This means you still have time to check out Wasteland Remastered before Wasteland 3 drops on May 19th 2020.