Finally after much anticipation and speculation, Sucker Punch Productions’ last PlayStation 4 title, Ghost of Tsushima, has a release date. The open-world samurai action game received a new story trailer, detailing the overall plot of the game and the challenges the main character, Jin Sakai, will face. Near the trailer’s end is when we see the official date, that being June 26th for PS4 & PS4 Pro.

Ghost of Tsushima marks a swift departure for Sucker Punch, known previously for their work on the Infamous franchise. First announced at Paris Games Week in 2017, the game takes place on the island of Tsushima in 1274 during the first Mongol invasion of Japan. It’s a story that many people are unfamiliar with, but a story one that’s important to tell nonetheless.

If you haven’t had the chance to see what the game looks like during actual gameplay, it was shown off during E3 2018 and received glowing praise from both critics and fans alike. This game could also mark a shift into a more serious tone for Sucker Punch, and potentially paints a picture of the future. 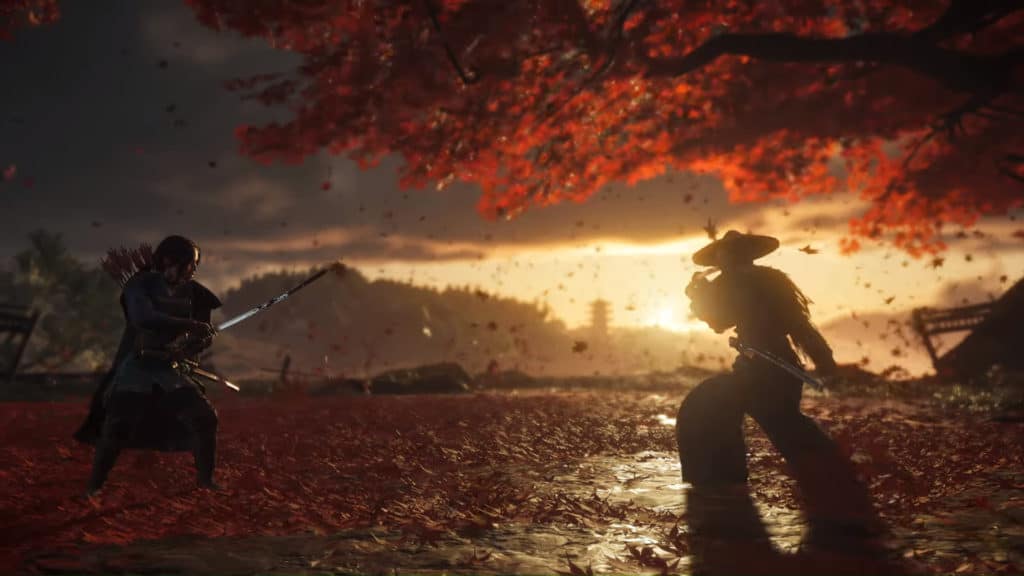 The full game is set to release exclusively on PlayStation 4, as well as the PS4 Pro console. There has been no mention of the resolution or enhancements players will get, but it will no doubt look amazing on both systems. Again, the release date is scheduled for June 26th, 2020. Excited to learn when you’ll get to play Ghost of Tsushima? What are you most excited to experience when it eventually releases?

Let us know in the comments below!