Just a few days ago, Valve released a series of three gameplay videos for their upcoming game Half Life: Alyx.

The videos each showcased a different movement style available in the game, with the classic VR teleportation, continuous movement that one would be expecting in a first person shooter, and finally shift, similar to the teleportation but the movement is smoother. Every player is going to have a different preference when it comes to movement styles. I know that personally, continuous movement makes me feel like I’m going to lose my lunch. Though for some people, that extra layer of immersion might be worth the stomach churning.

The gameplay footage looks stunning as well, you could tell me that it was pre-rendered and i would believe you. Watching Alyx use her gravity gauntlets to pull items towards her is also very satisfying and much easier than it would be to truck over there and pick things up yourself.

I was also really drawn to the hacking mini-game that makes an appearance in the second video, the way you need to physically spin it around is so cool and tactile, that along with all the objects that can be picked up and thrown around really shows just how immersive VR is going to make the experience as a whole. Overall though, the biggest thing I noticed was how gross all the head-crabs looked up close, their skin all leathery and moist, gross! Alyx often pushes them around with her pistol in the gameplay videos and it makes my skin crawl every time. 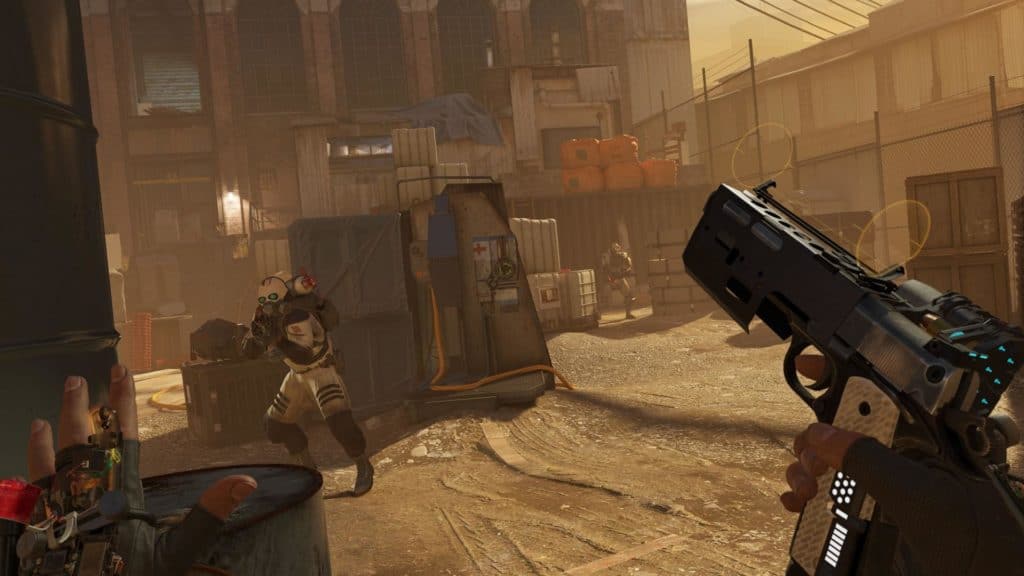 Half Life: Alyx is currently set for a release of 23rd March 2020 through Steam and playable on a variety of virtual reality headsets, including Valve Index, HTC Vive, Oculus Rift and Windows Mixed Reality. For more information, check out the Half Life offical website here.